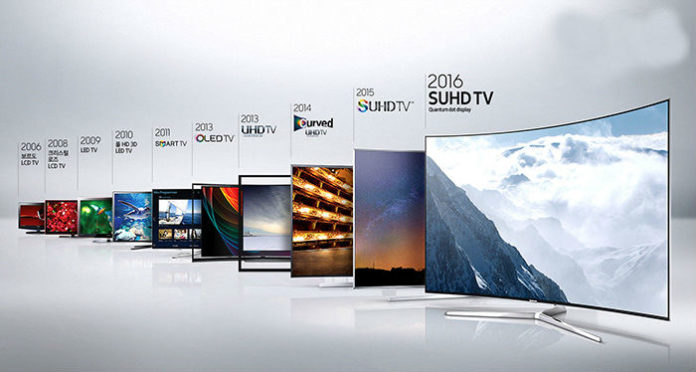 In a recent press release, Samsung announced that it has partnered with YouTube to stream HDR (High Dynamic Range) content, better known as 4K videos, to its Quantum dot HDR and its UHD TVs.

Samsung Quantum dot and UHD TVs will get an over-the-air (OTA) update for the YouTube app. Once the update has been installed, users can go to the HDR section of the app and access all 4K content that has been published for public viewing on YouTube.

The Rise of 4K

4K video content is rapidly expanding across the globe, especially streamed and live content. Most video streaming providers already support the 4K format, with a YouTube now leading the way for live streaming of such content.

There are now several players in the live video space. Twitter recently opened up the live video broadcast option to smartphone users through their mobile app. Instagram introduced live video Stories to better compete with SnapChat’s app. And Facebook has come out saying they’re opening Live 360 Video access to everyone in 2017.

Live video is certainly catching on, but live 4K is a different beast because of the sheer volume of data that needs to be streamed. Each hour that you watch 4K content costs you 7 GB of data, compared to 3 GB per hour for HD and 0.7 GB per hour for standard definition.

As such, only people with unlimited broadband connections can actually afford to stream 4K content at home. And mobile use is extremely limited at this point except over WiFi, as you can imagine. But with data costs coming down and internet speeds going up, it’s inevitable that consumption will definitely rise over time. In fact, Cisco Systems says that 2016 is the year when global internet traffic will stop being counted in Exabytes and will start being counted in Zettabytes.

To give you an idea of what 1 Zettabyte, or 1 ZB, looks like…

That’s the amount of data that’s moving around the world today, and it’s going to double in the next 4 years, according to Cisco. Guess what a lot of that traffic is going to be carrying? Video, obviously. More to the point, 4K video, which is quickly becoming the new standard in video definition. A lot of that data is also going to be for artificial intelligence, connected automobiles and other forward technologies, but a sizable portion is going to be video.

“Consumer video-on-demand (VoD) traffic will nearly double by 2020. The amount of VoD traffic in 2020 will be equivalent to 7.2 billion DVDs per month.”

That’s a lot of video traffic, and players like Netflix, Hulu, Amazon, HBO, YouTube and even Facebook already carry the bulk of that traffic. As 4K propagates further and deeper into our homes and lives, their load will get heavier. HDR will eventually give way to even better experiences, so don’t be surprised if one day ultra-high definition becomes the standard definition of future generations.

At the center of all this are the companies now supporting high-end video formats. Samsung has committed itself to being one of them, as have many others. The future is not 4K; the future is far beyond 4K. But those who adopt these standards now will reap the benefits down the road.

Samsung opening up to YouTube 4K content is possibly one of the most momentous decisions they’ve made to date in this area. As such, the sheer expanse of YouTube’s content and Samsung’s deep experience in display technologies is a match made in HDR heaven.