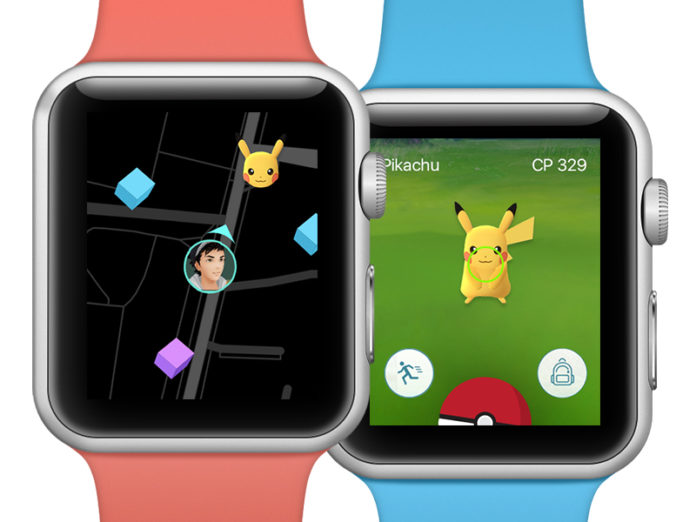 After several erroneous reports from various reliable news sites that Pokémon Go would skip coming to Apple Watch, 1redDrop carried a story about a tweet from Niantic that said just the opposite. Now, Pokémon Go has finally arrived for the Apple Watch watchOS.

Leveraging the functionality of Apple Watch as a fitness tracker, the new Pokémon Go on Apple Watch allows you to log your gameplay as a workout, displaying it as your Activity rings to show you how much time you’ve logged for the day.

Pokémon Go on Apple Watch also lets you play the game without your having to keep pulling out your phone. Just tap the dial to locate Pokémon, and even collect items from Pokéstops.

According to Niantic, the game also piggybacks on the smart watch’s notification function to let you know when Pokéstops, Pokémon or when your Eggs have hatched.

The only downside is that you’ll still need to quickly pull out your iPhone in order to capture the Pokémon.

The company says that Pokémon Go players tend to get a lot more exercise after they start playing the game. In fact, over 88 billion Pokémon have been captured to date, with users walking a total of 8.7 billion kilometers in the process. With over 600 million downloads as of November, it seems there’s a massive market for GPS-based games that allow a person to get out and get walking.

Niantic isn’t stopping with the success its had so far with Pokémon Go. There’s talk of collaboration with Starbucks and other stores that will be used as Pokéstops and Gyms, new characters have been launched, Ditto has been added and even a special edition Pikachu with a festive holiday hat can now be seen.

Niantic is also constantly upgrading the standard features on the game, including the new tracker feature to replace the old one that pretty much worked only in San Francisco. It’s still not available everywhere, but it’s definitely moved out of San Francisco into some parts of Arizona and the Seattle area of Washington, as well as the entire San Francisco Bay Area.

The availability of Pokémon Go on Apple Watch ahead of Christmas could well cause an uptick in Apple Watch sales. Here’s where to get one for yourself: