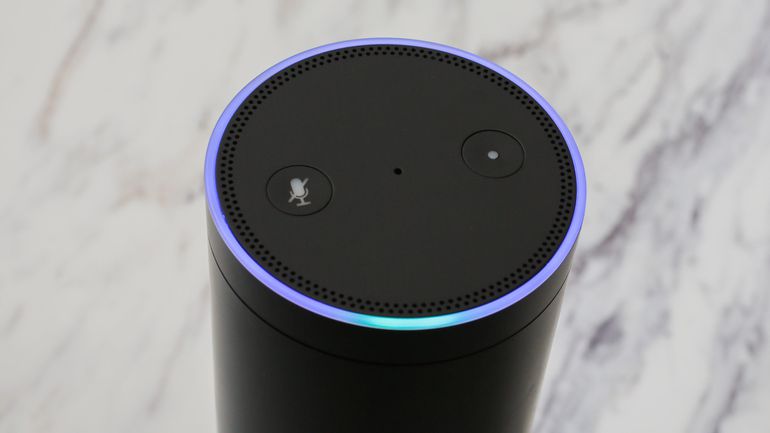 The Amazon Echo line of smart speakers with AI and voice talent from Alexa isn’t just a successful product. It gave rise to an entire sub-industry within connected devices that make up the Internet of Things. After having sold close to 6 million units two short years after it was launched, Amazon Echo has now fathered two generations of perform-alike products.

The first of these was Google Home, which Alphabet launched last October and is already in the hands – or on the kitchen countertops – of millions of Prime and non-Prime users. This was the first worthy opponent for Amazon in this space.

The second one of note (but that still remains to be seen) was the recently launched Lenovo smart speaker that are said to have even better speaker quality than the Echo range. This is the world’s first smart home assistant that will give customers the option of adding Harman/Kardon speakers, beating Microsoft’s timeline by several months. The Lenovo Smart Assistant, as it is called, was launched a mere 24 hours ago at CES 2017.

Of course, the Harman option is premium and comes at a hefty mark-up, but even with the mark-up it’s only $180 – same as the Echo. The regular version of the Lenovo Smart Assistant will cost $130 – around the same as Google Home. Tricky, huh?

If that’s not enough to make you go running to the USPTO, The device itself has the body of an Amazon Echo and the clothes of a Google Home. This from the world’s largest PC manufacturer, but the resemblances are unmistakable. Here’s a great shot taken by The Verge: 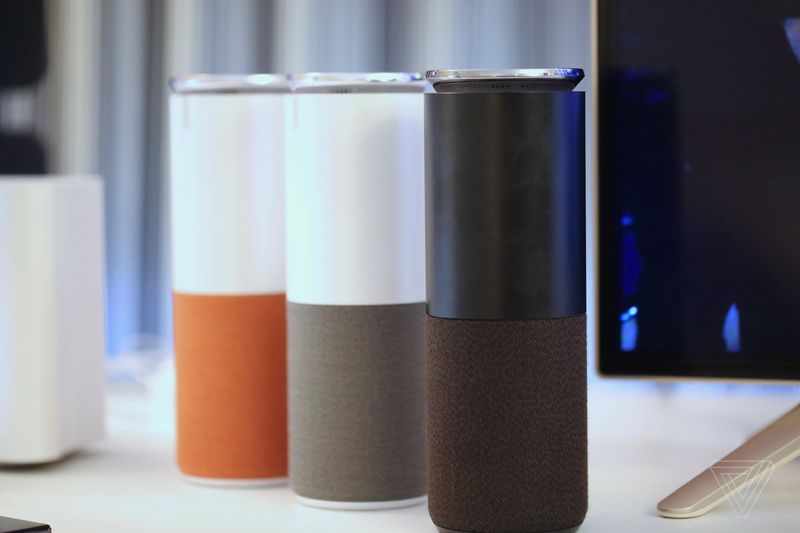 The second of these is not yet born, but will be tomorrow January 4, 2017, at the same hospital…errr…location.


This one’s from another device and appliances giant – LG Electronics – and is what’s being called a “Hub Robot”, which will let you control your home’s smart appliances and gadgets using your voice commands. It’s essentially the same way Alexa works on the Amazon Echo or Google Assistant works on the Google Home, but LG had this tech way back in 2012 with Quick Voice, which later became Q Voice and then Voice Mate.

We believe that a newer avatar of Voice Mate will power the Hub Robot from LG.

And that’s the star-studded lineage of smart speakers that Amazon Echo has sired, so to speak.


Of course, they weren’t the first in this space, just like AWS wasn’t the first cloud infrastructure provider in the cloud computing space. But Amazon is good at grabbing stuff and running with it and it has the ability to create a moat around the idea even though it’s been done before and it’ll certainly be done after.

In the cloud space, their speed of service additions to the cloud stack is unrivaled; and with Amazon Prime, the number of benefits they keep adding is also unmatchable; the same is the case with Echo as well.

That ties in with the fact that each of these smart-speaker/home-assistant/smart-assistant products offers one unique and “competition-repellent” benefit to its users.


The Echo gives access to Amazon’s catalog of 400 million products; the Google Assistant, of course, leverages Search and other apps from Google; and Microsoft’s Cortana will naturally piggyback on Bing and its own home-brewed AI assistant, Cortana, as well as bring Harman/Kardon once again into the picture.

In LG’s case, its smart speakers can take control over your entire household’s smart appliance portfolio and put it on an app on your Android or iOS smartphone. Integrations with other LG devices will be far smoother, easier and more reliable than any other smart home set up that uses components from disparate brands.

And who knows, in the future, LG’s presence in the smart car segment led by their partnership with Volkswagen could have our smart cars talk to our home’s smart speakers directly and prepare a warm welcome when we get home from work.


But what’s Lenovo good at other than making great devices? That’s a big question left unanswered, and it’s an important one. Without an ecosystem with which to engage the consumer and keep them within its four walls, Lenovo will have a hard time selling the product on the market.

That could be why they quickly linked the Harman name with theirs so they have some sort of an edge. At the end of the day, they are speakers, right – smart or otherwise?

Amazon Music, Alexa and the Future of Voice-enabled Technology