Another “world’s first” from the house of LG: a super-thin “wallpaper” TV called LG OLED W that is so thin and light that it can attach to your wall just using magnets.

LG’s LG Signature OLED W super-thin wallpaper model of television sets is the latest CES 2017 unveiling from the South Korean electronics giant. At just 2.57mm for the 65-inch model, it literally clings to the wall, resembling a windows and giving the user the experience of “looking through a window into another world.” 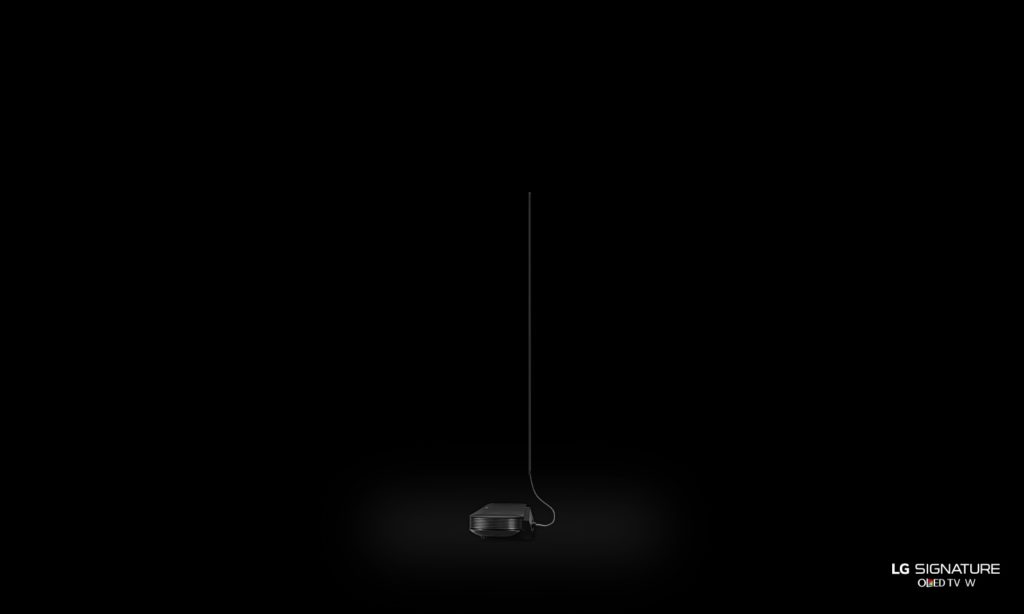 The LG Signature OLED W will also come in a 77-inch option. To deal with cabling issues, LG has designed the TV so a single cable runs from it to the sound bar, where all other ports are placed, including 4 HDMI ports. The LG Signature OLED W is also WiFi capable, supports 4K HDR and is preloaded with webOS 3.5.

LG also unveiled a talking smart refrigerator called InstaView that has Amazon Echo’s Alexa integrated with it. Cameras inside show you what you have in stock, and you can use the voice interactive capability just as you would on an Amazon Echo – ask for the weather, add stuff to your shopping list and so on. The InstaView’s 29-inch touchscreen offers another level of interaction.

LG’s InstaView refrigerator joins the Samsung Family Hub 2.0 in a new class of smart refrigerators with touch and voice interface that will allow you to interact with the Internet and even control other smart devices and appliances around your home.

The proliferation of smart devices around the home signals the arrival of a new “domestic” Internet of Things comprising connected devices that will eventually be able to “talk” to each other and take our daily lives to a new stratosphere of automation.

The smart home concept is not new, but the ever-reducing cost of sensors, cameras and other data capture devices is bringing such forward technologies right into our homes. Most of this tech is still expensive, yet a lot more affordable when you consider what it cost five years ago.


The smart home products segment is already a massive industry, and sources say it will hit $121.73 Billion by 2022, with an annual growth rate of about 14%. Product segments include smart lighting, HVAC control, security and access, entertainment, home healthcare, smart kitchen appliances and other home automation solutions from leading and emerging technology companies like Samsung, LG and even Microsoft, Amazon and Google.

We’re already seeing a rapid growth in these areas, but this year’s Consumer Electronics Show at Las Vegas is possibly seeing some of the most innovative solutions yet for the smart home industry targeted at consumers rather than large companies or industrial organizations.


We are fast approaching a future where everything is touch or voice controlled, and everything is connected with everything else via the omnipresent Internet. Is that good news or will it give rise to relatively new issues such as user privacy, cybersecurity vulnerabilities, mountains of e-garbage and so on? That scene still hasn’t played out yet, but we’ve already seeing signs of that over the tumultuous year that was 2016.