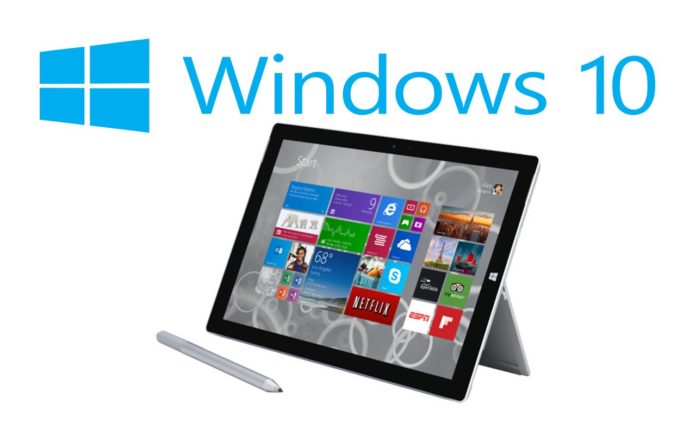 Microsoft is getting to be almost as secretive as Apple as far as product releases go, but the cloak-and-dagger approach is now extending to Microsoft Surface devices as well as the new, massive update to Windows 10 – the Windows 10 Creators Update.

One source – MSPowerUser – cites April as the month for the update to drop to the public, technically called Windows 10 version 1704 – the number representing the year and month of release. If that report is accurate, then it could be one of the key reasons Microsoft is holding back the Surface Pro 5, as well as the Surface Phone “cellular PC” that they’re working on with Qualcomm.

Let’s have a snapshot look at both devices and how they’re linked with the release of the Windows 10 Creators Update.

How Does Windows 10 Creators Update Affect the Surface Pro 5 Release?

The Surface Pro 5 will reportedly come with a 4K display option, so that’s the first reason Microsoft would want to wait for the Creators Update with its 3D capabilities to be ready to ship with new devices.

We also know that the update will be “feature-locked” around the middle to end of January to give Microsoft’s dev team enough time to push fixes and enhancements before the final rollout in April.

But the thing is, we’re already seeing enhancements on recent builds of Windows 10 version 1607 (Anniversary Update) that are leading up to the next version. We’ve seen 3D coming into play, we’re seeing Cortana enhancements, a better Microsoft Edge browser experience, advanced security features for enterprise users and much more.

More importantly, we’re seeing a unifying or converging of the UI experience across desktop and mobile, which is critical for mobile devices such as Surface Pro 5 and Surface Phone.


That means the new features for Windows 10 Creators Update have already been rolled out for the most part, especially with the massive update they just dropped this morning – Build 15002.

So, what we think will happen is that Microsoft could announce Surface Pro 5 sometime within the next couple months, and then ship the devices out with Windows 10 Creators Update at a later date – possibly in April, around the time of the full release.

There will be that time lag between the launch and the availability, of course, so Microsoft could be trying to precisely time the launch and shipping schedules of both Surface Pro 5 and Surface Phone with the release of Creators Update.

What About a Microsoft Surface Phone with Windows 10 Creators Update Out of the Box?

With Surface Phone, it was the arrival of Qualcomm’s Snapdragon 835 that was most cited as the reason for the device’s delayed arrival. That question is now out of the way, with Qualcomm launching their chipsets at CES 2017 last week.

Another reason is the work that both companies are doing on the desktop app emulation front for mobile devices running Windows 10. This aspect is far more critical to Surface Phone than any other device because this could be Microsoft’s very last chance for re-entry into the smartphone market. To that end, they’d want to make sure that the device is stunning and powerful, but that the UI is up there as well.


Moreover, there are other reasons why the Windows 10 Creators Update would be absolutely essential to the success of Surface Phone: not only would it bring a slew of UI changes to the OS that will make the Continuum experience more seamless, but – and this is pivotal – it would also bring in the kind of device and system security that enterprises would consider non-negotiable. After all, Surface Phone is expected to be more of a business device than a leisure smartphone, even if the specs scream premium.

For all these reasons, we believe that Microsoft is waiting until it can commit to shipping both the Surface Pro 5 as well as the Surface Phone with Windows 10 Creators Update rather than what the general public (other than Insiders) has already been working with – the Anniversary Update. Let’s not forget, the preview builds that have been dropping are only for Windows Insiders, so most Windows 10 users aren’t even aware of the new look and feel of Windows 10.

Of course, the Windows 10 version on the Microsoft Surface Phone will handle apps slightly differently because it’s basically a smartphone rather than a portable desktop device or hybrid. For that reason, Microsoft has been pushing Windows 10 updates for mobile in parallel with updates for PC.

As it stands, the release timelines of both the new OS update as well as the two devices are inextricably intertwined, with the one being heavily dependent on the other.