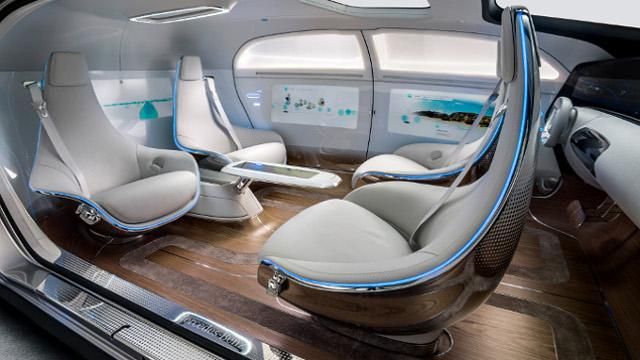 Throughout 2016, we heard a lot about the self-driving car and how everyone is getting in on the action. Thanks in large part to major companies like Tesla and Google testing these cars in a very public fashion, many began to tune in to updates about the progress of the technology. So below, we’re going to round up some of the most noteworthy updates from the year that was to frame the state of autonomous driving as we delve into 2017.

Evolution of the Self-driving Car

You might be surprised by how many companies are in the game when it comes to self-driving technology and vehicles with companies ranging from tech giants like Apple and Google to everyday automobile manufacturers such as Volkswagen and Toyota. Let’s take a look at some of the leading names in the game, how far along they are, and what makes them noteworthy.

There’s plenty of competition, but Google is still the company to keep an eye on if you’re wondering about the technology required for fully autonomous vehicles. Unlike most of the other names on this list, Google started testing its vehicles privately with the goal of releasing fully capable cars by about 2020—rather than taking the Tesla approach of gradually implementing A.I. features.

The U.K. Autocare site for National Tyre wrote up a list of technologies that allow Google’s self-driving cars to operate, and it serves as a handy guide to self-driving tech in general. The headline technology is LIDAR, a rooftop apparatus equipped with 64 lasers that reach out to create a 3D map of the car’s surroundings. This is the foundation for Google’s self-driving capabilities, which works in conjunction with an array of cameras, sensors, and GPS tools.

Late in 2016, Google made a surprise move to spin-off its self-driving car project into an independent company called Waymo, which operates under the Alphabet umbrella but no long a part of Google. Since then, Waymo has made its intentions clear about being merely a facilitator of the technology rather than a maker of self-driving cars.

The company is currently partnering with Fiat Chrysler Automobiles to put self-driving capability into a fleet of Chrysler 300 sedans.

Arguably the most public of these companies with its self-driving pursuits, Tesla functions as the go-to source for information on the progress of these technologies for a lot of people. Unlike Google, Tesla likes to make its latest advances easy to see and experience. CEO Elon Musk has already outfitted electric cars with his famous “autopilot” feature. The system can perform steering, parking, and lane changes all on its own. There have been some problems with this feature, but it may be the closest thing to autonomous driving that is currently available on the roads.


Tesla is somewhat unique in that it makes use of radar—measuring motion and angles of surrounding objects—rather than LIDAR, which involves more sensors and is more cumbersome. Neither system is viewed as particularly better, but most autonomous vehicle providers are facing the choice between one or the other.

Another aspect of Tesla’s tech that sets it apart is that its suite of sensors and radar systems is meant to be improved on a regular basis through software updates. For this reason, the coming Tesla Model 3, while expected to be available in 2018, is believed by some to be the first consumer-ready autonomous vehicle—it just won’t start out that way. Musk has spoken on the need for regulatory adjustments before self-driving cars can take on the roads, and it seems that once those adjustments are made, software updates will be able to make the Model 3 fully (or nearly fully) autonomous.

Meanwhile, the company released the much-awaited Autopilot 8.1 update to cars equipped with compliant hardware, but full autonomy has not yet been enabled.

Audi is one of several luxury car brands getting into the game on its own, with Audi Piloted Driving (somewhat like Tesla’s autopilot) almost ready for rollout and further automation expected in the coming years. Like other companies on this list, Audi is eyeing a 2018-2020 timeline for the gradual release and improvement of self-driving features.


Together with BMW, Audi has made a major investment in a mapping company called HERE, which is seeking to design the common language for autonomous vehicles. It’s not an alternative to autonomous vehicle sensors, but its SENSORIS system, designed to help all autonomous vehicles communicate with the cloud, is a potential game-changer in creating a comprehensive map of surroundings and potential hazards.

We’re also seeing ride sharing companies like Uber and Lyft partnering with car manufacturers to dip into the self-driving market and potentially create entire fleets of autonomous vehicles meant for public transportation. Uber has already tested its Volvo cars in Pittsburgh, and continues to develop its own technology with help from Carnegie Melon robotics experts, with Volvo providing the actual vehicles.


This should help to provide some idea of where self-driving car technology stands, how far out we are, and the range of different types of companies in the game. However, while all of these companies are making progress, there are still hurdles to clear.

For one thing, as the technology stands now autonomous vehicles still need a human touch. Google has specifically argued against this, stating that once its cars are made available they won’t even have brakes or steering wheels. But the current technology as we understand it simply cannot account for certain human aspects of the driving experience. For instance, a fellow driver waving you ahead at a stop sign, or someone else on the highway exhibiting signs of road rage cannot be picked up by LIDAR or radar or other systems in use. There is a lot of non-verbal human communication that is far subtler than a mapped environment and changes in vehicle motion.

Additionally, there are the regulatory concerns that Elon Musk has alluded to. While the technology is getting closer to being ready, we don’t yet know how or when laws and regulations are going to be altered to allow for autonomous vehicles. Google has gotten the ball rolling by calling for a self-driving car law in Seattle that could serve as a precedent for federal regulations. The State of Michigan, however, jumped to the front of the line and has made fully autonomous cars legal on its roadways.

We might not be seeing fully autonomous cars en masse hitting our roads any time soon, but the industry now has enough momentum from deep-pocketed players – ranging from Alphabet to General Motors to BMW to Uber to Tesla – to make this a reality far sooner than anyone expected. For now, each company has set its own target year to release its own version of a self-driving car. We’ll just have to wait and see who gets out of the starting gate first.

Please bookmark 1redDrop.com to keep tabs on the hottest, most happening tech and business news from around the world.