Infrastructure-as-a-Service, or IaaS, was the fastest growing cloud segment in 2016, and there are several indications that we could see a repeat of strong growth in 2017 as well.

Early in 2016 Gartner projected that the Infrastructure-as-a-Service market will reach $22.4 billion in size. That turned out to be another feather in Gartner’s cap, because Business Insider recently reported that the IaaS market hit the $22 billion mark for 2016.

By 2015, the IaaS market was worth nearly $16 billion, and if the numbers by the two reputed sources are correct, then the cloud infrastructure market has recorded an eye-popping 38% growth in 2016. 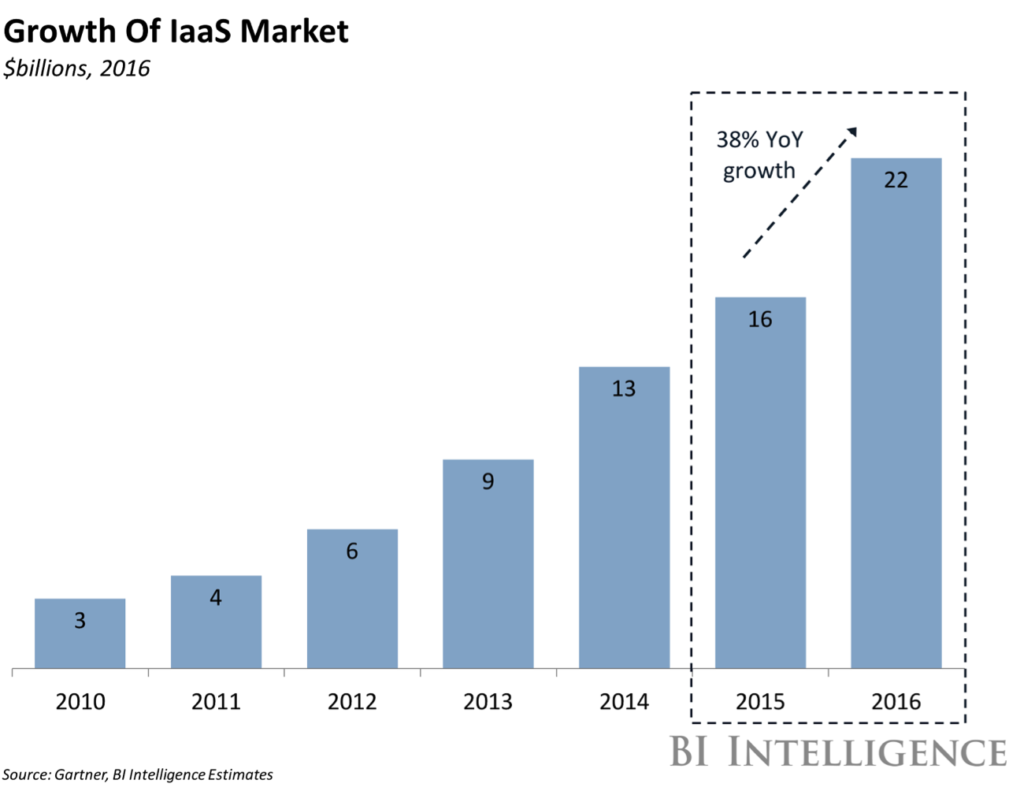 The growth of public cloud services has been spectacular over the last several years, with the market pegged at $175 billion in 2015 with a forecast of $204 billion in 2016. At $22 billion, the bedrock of the cloud computing services industry – IaaS – makes up less than ten percent of cloud market. However, it was the fastest growing cloud-based service. And, the higher this segment grows, the more of a ripple effect it will have on other cloud segments.

Just to back up a bit, the cloud services segment is broadly classified into three parts: IaaS, which is the backbone of cloud; PaaS, the cloud version of a development platform; and SaaS, which is the part we’ve all been familiar with for years until it got a name.

Of these, SaaS has been around ever since companies started delivering their software services to us over the Internet. These are services that are browser-based and do not require any local device installation or set up. They’ve been around for a while, but the tech industry has coined a collective name for them, which is what SaaS is.

Though SaaS has been a part of our lives for several years, it has started seeing accelerated growth in recent years thanks to the growing demand for third party, managed infrastructure, or IaaS.


The bigger IaaS grows, the bigger SaaS will become, and the old model of selling licensed, standalone, installable software will slowly be replaced by a more lithe model that sits on the back of cloud infrastructure. You can already see that happening with companies like Microsoft, which are increasingly moving their offerings to a cloud-based model. Windows-as-a-Service, Office 365 and Dynamics 365 are just three (not so) small examples of this.

What’s driving that growth in SaaS is the growth in IaaS, which expanded by 38% in 2016. And one of the reasons we expect that momentum to continue through 2017 and beyond is because the top three players in the space – Amazon, Microsoft and IBM – all saw their cloud-based revenues grow sequentially in the last four quarters. Year-over-year growth looks impressive, but sequential growth is where the action is because it shows an active growth trend, not a comparative one. 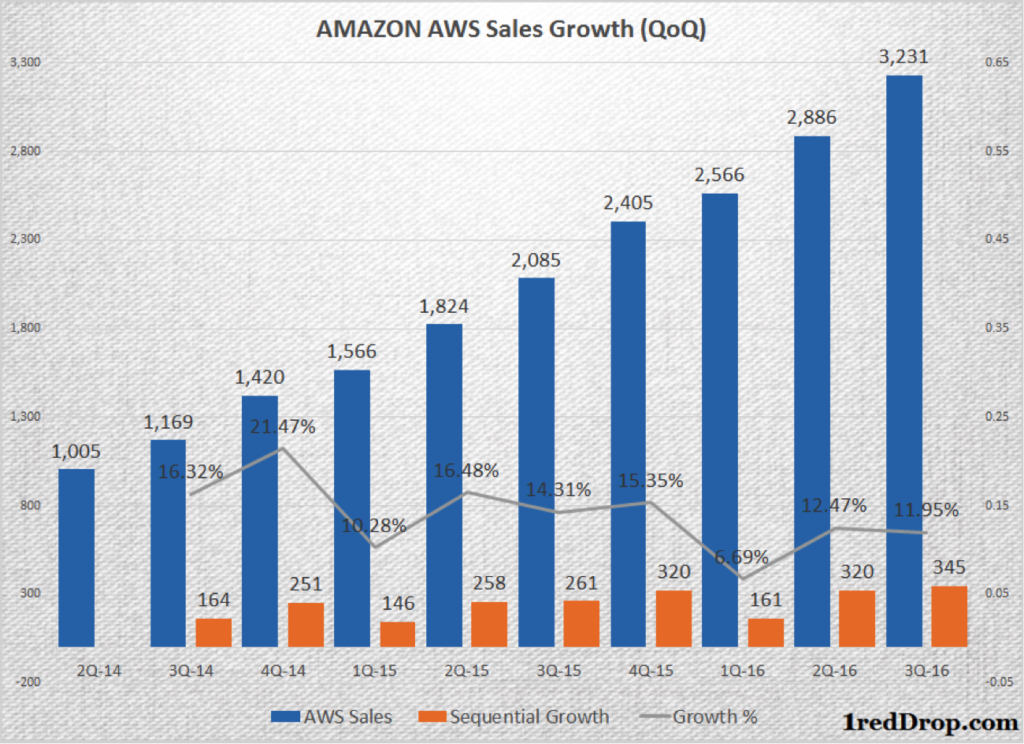 Given the healthy growth of the top three cloud service providers, it’s actually a no brainer to predict double-digit growth for the industry as a whole in 2017.

That’s the real importance of IaaS: it is the foundation on which SaaS will grow, and the SaaS I’m referring to is not Gmail or Facebook on desktop anymore.

The first wave of cloud growth came from basic software applications moving to the cloud. The second, and larger wave will come from things like AI-based applications, the globally connected Internet of Things, cloud gaming, virtual reality and other forward technologies.


And to support that kind of environment, IaaS must necessarily continue to grow at the current pace, or faster. The more we move into cloud the more cloud we need – to move into! SaaS proliferation supported by IaaS expansion is the engine for cloud growth – this year and for the next several years.

Cloud Industry Preview 2017: The Future of the Cloud Computing Business