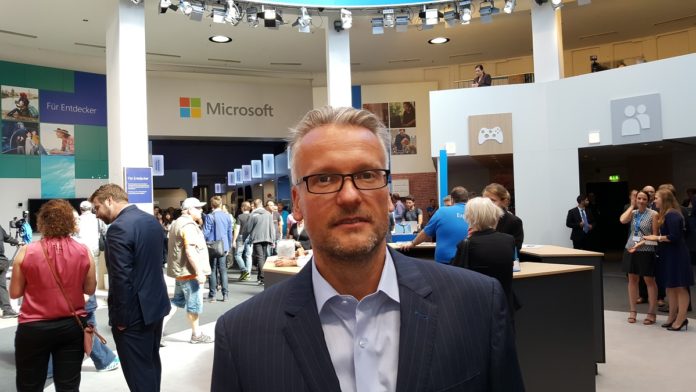 A fresh year, a fresh faux pas from Microsoft. Sigh!

Don’t get me wrong. Microsoft is a terrific business organization, but the software-turned-cloud company takes a lot of mis-steps when it comes to communicating with their customers.

The most recent example is a news article (now removed) in the Microsoft Newsroom that issued a severe warning to Windows 7 that their days of their operating system are numbered. The German post had Markus Nitschke, Windows Marketing and Business Lead at Microsoft in Germany, lambasting his own company’s earlier OS version, saying things like this:

He went on to warn businesses and individual users that they were more susceptible to cyber attacks, and that Windows 7 would result in “higher operating costs.” Herr Nitschke went as far as to say that chipmakers like Qualcomm, Intel and AMD are purposefully stopping driver support for Windows 7.

That’s not the tone you’d expect a head of a product division to use when asking people to move from one operating system made by Microsoft to another operating system made by Microsoft. It was the sort of tone one might expect him to have taken against Chrome OS or macOS, but not his very own company’s most popular software product that has yielded billions to Microsoft’s top line.


Of course, by no means can we assume that this is Microsoft’s official view of things, but a highly placed executive in an important market like Germany bashing his own product just to convince people to buy the “new model” is not a route CEO Satya Nadella will have taken kindly to.

That’s possibly why Microsoft took down the blog shortly after publishing it…but not before Fortune’s Gordon Kelly wrote a scathing article criticizing the company for one man’s actions.

I do respect Kelly’s point of view, but my opinion is that he went too heavy and too hard on Nitschke for saying something which is basically true: Windows 10 does beat Windows 7 hands down on so many different levels.


Yes, Microsoft’s blog post was an arrogant piece of prose that sounded like competitor-bashing more than anything else. And being in the role that he is, Nitschke is definitely a qualified spokesperson to address the issue of transitioning from Windows 7 to Windows 10. Not a very diplomatic voice, perhaps, but still very much an official voice for Microsoft.

Microsoft has tried everything to strong-arm users into shifting to Windows 10, but adoption rates as at the end of 2016 were abysmal, to say the least. Our own extrapolations from available data and information clues showed that less than 25% of the world’s PC user base had adopted Windows 10 despite a whole year of offering free upgrades.

Besides, Microsoft is still offering free Windows 10 upgrades, in case you weren’t aware.

After cajoling, pestering and irritating users to upgrade to Windows 10, Microsoft finally gained some hindsight and admitted that its marketing methods weren’t ideal. But that doesn’t change the fact that it still wants Windows 10 adoption to move ahead to a much higher penetration level, which is why they’ve left the backdoor open for free Windows 10 upgrades.


The funny thing is – and Kelly’s got this spot on – that in the end, the vast majority of users will necessarily have to move to Windows 10 eventually. But it’s just not happening at the pace that Microsoft would like.

It’s certainly a major foot-in-the-mouth type of situation for Microsoft, and the fact that they’ve now pulled down the blog post makes it all the more embarrassing. Still, you can’t blame Microsoft for calling a spade a spade. Windows 7 is most definitely outdated in terms of security and other key capabilities – even if they did at one time they did refer to “a modern operating system like Windows 7 or Windows 8 that have a decade of evolved security mitigations built in.”

There’s no doubt that Windows 10 is far superior to Windows 7 in many respects, but there’s a proper way to say it…and then there’s Microsoft’s way.


Indicentally, Markus Nitschke’s article still exists in another page on Microsoft’s website. I wonder when that will get taken down.