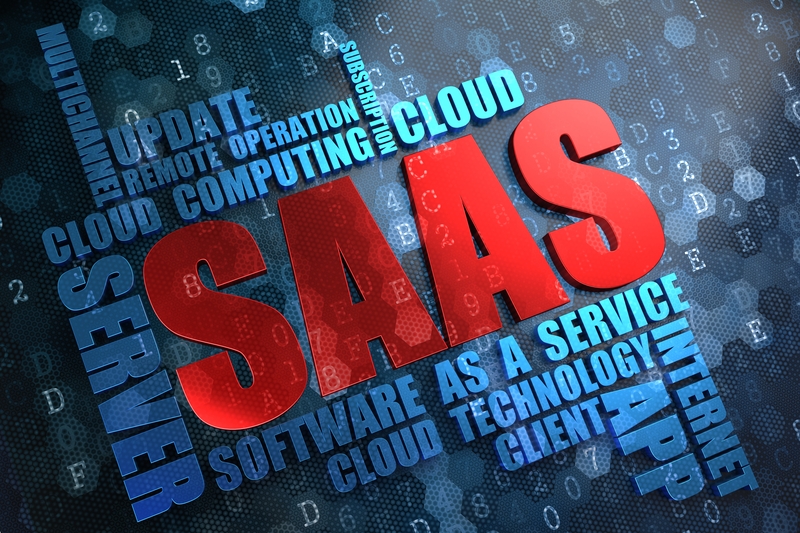 The days are numbered for the traditional method of selling software to customers for an annual or multi-year licensing fee. Software as a Service (SaaS) – where the customer pays for what he uses – is the new model, and a few years down the road that may end up being the only way we buy our software.

But for now, SaaS is still in its transitional phase, where conventional software is gradually evolving into cloud-based delivery over the Internet.

Microsoft is an excellent example of this transition. Microsoft Office products have been used by companies and consumers around the world for many years. There are still numerous industry-specific organizations, such as banks, that prefer to buy standalone MS Office products even today, but the growth of Microsoft’s cloud-delivered Office 365 is growing at a furious pace.

Why such strong and sudden interest in moving from traditional licensing models to the SaaS model of software delivery? The reasons are aplenty, and we’ll use Office 365 itself as the perfect example.

You can access Office 365 from anywhere and on practically any device, and the price starts at $5 to “rent” out the software. In addition, you get 1TB of storage per user and several other goodies thrown in to sweeten the deal. What makes it even more attractive is a commitment of 99.9% uptime, enhanced data security and the availability of 24/7 phone support for critical issues.

But to show you the real benefits of SaaS, we’ll need to look at IBM Watson and the SaaS products built around it. IBM has been building and refining Watson for many years now, and they’ve built a number of services around the AI-powered platform.

Watson needs a humongous amount of computing power to do its work, and there is no way that individual companies, except for billion-dollar ones, can afford such a platform for their business use.


Enter SaaS, which has turned that scenario on its head. IBM owns Watson, and manages the infrastructure needed to run it. However, the products that it serves through the cloud, such as Watson Analytics, Virtual Agent and other industry-specific solutions, can be accessed by anyone with a robust Internet connection and a credit card.

Until SaaS came along, such a scenario was impossible. Not only would a company have to invest in the infrastructure to host a super-computer like Watson, but they would have to pour hundreds of millions of dollars into maintaining it and developing custom solutions that will bring value to their business. After all that, the returns on such an investment will take several years to be realized.

But with SaaS, such highly sophisticated technology can be accessed by anyone because there is no longer any need to build such a system. One company takes the effort and makes the investment, and any number of companies can benefit from it.


Take IBM Watson’s Discovery service as an example of such a utility. Essentially, it allows you dig deep into your data to find patterns, trends and a lot more. What company in its right mind would try and build something like that on its own just to analyze data? The cost versus return factor makes that a moot discussion for most companies.

IBM, on the other hand, offers a 2GB RAM, 48GB storage environment for discovery services for $960.00. You can even try the product free for 30 days. From IBM’s perspective, the returns on their investment are almost guaranteed because there’s definitely a market for it. With one single Watson platform, the company is able to deliver a multitude of applications that companies wouldn’t otherwise have access to.

At 1redDrop, we strongly believe that the enterprise software segment is already paving the way for SaaS growth to maintain the 30% CAGR levels that experts are predicting. Companies like IBM, Microsoft, Salesforce, Oracle and others will eventually float to the top of the enterprise SaaS market on the strength of their cloud-based software offerings.

In subsequent articles, we’ll cover the SaaS products of these top players and how they will positively impact the growth of Software as a Service in their own ways and in their own chosen niches.

For now, suffice it to say that the SaaS market is growing by leaps and bounds, as you can see from recent estimates. 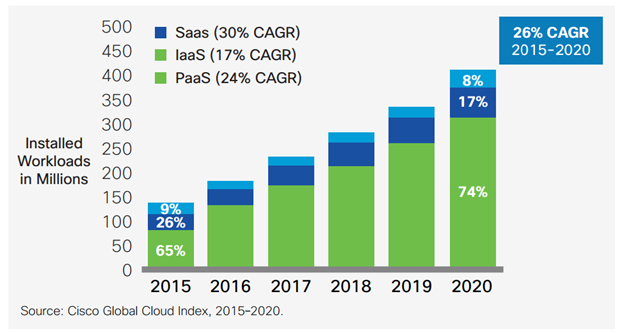