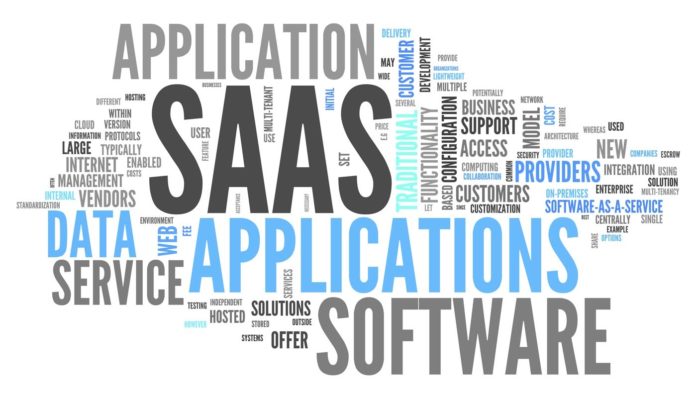 No article on cloud computing – specifically, Software as a Service (SaaS) – can be complete without mentioning one of the pioneers of the space – Salesforce.com.

Salesforce adopted the cloud model of software delivery when everyone else was busy shipping out CDs for their software or making it available online for download. Perhaps it was the poorly evolved Internet infrastructure around the world that caused this, but in any case, Salesforce was one of the few companies that pioneered SaaS even before it was called that.

Today, Salesforce is undeniably the largest SaaS company in the world, generating nearly $7 billion in annual revenues, the bulk of which comes from SaaS products. That’s a growth of 24%, and 27% in constant currency. For the full fiscal 2017, Salesforce has guided for $8.12 billion in total revenues at the upper end, revising it upwards from the earlier guidance of $8.08 billion. 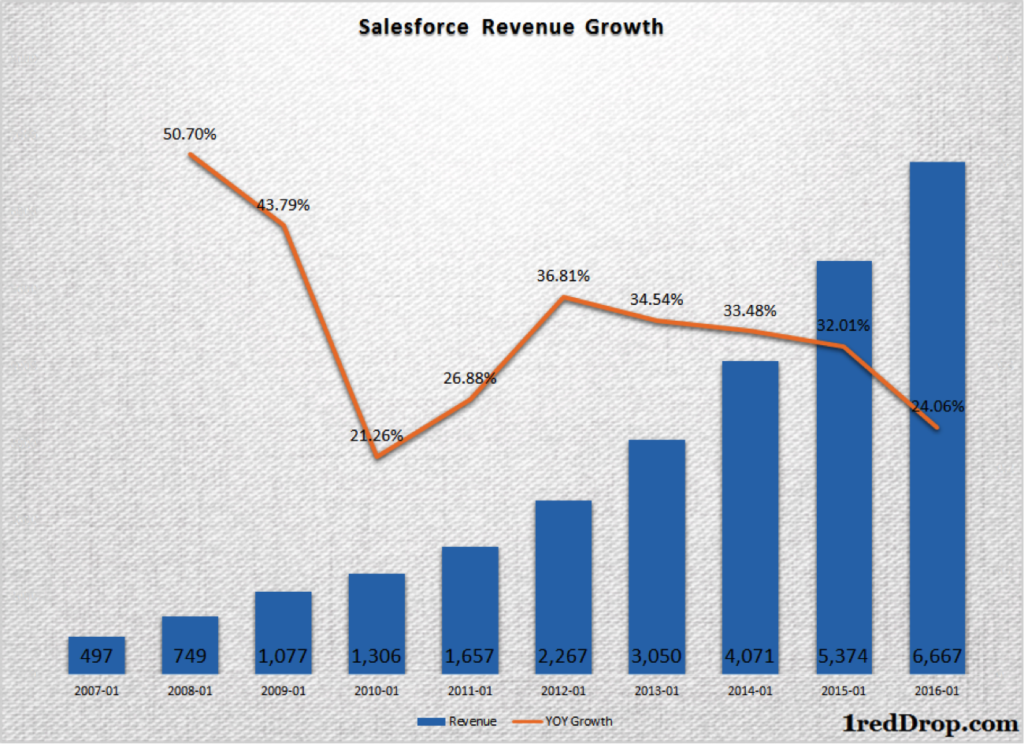 Salesforce did not “invent” SaaS, but it is a great example of what the future enterprise software market represents for the SaaS industry as a whole.

Salesforce is the king of the Customer Relationship Management (CRM) software segment. Until it came along, the enterprise software market was held in total control by Oracle and SAP, both big hitters in the technology industry. But Salesforce walked away with the CRM segment, overtaking them in a relatively short span of ten years to become the number one player.

One of the biggest reasons for this success is that the company preferred the SaaS model for selling its software. It was flexible, it was on-demand and it was so much cheaper to start with when compared to what was available in the market.

Salesforce may not have invented the concept of SaaS, but it did take SaaS mainstream, just the way Amazon took IaaS mainstream despite not being the pioneer in that area. Both these companies have made it abundantly clear that cloud, delivered on demand as a pay-as-you-go service, is the way of the future. 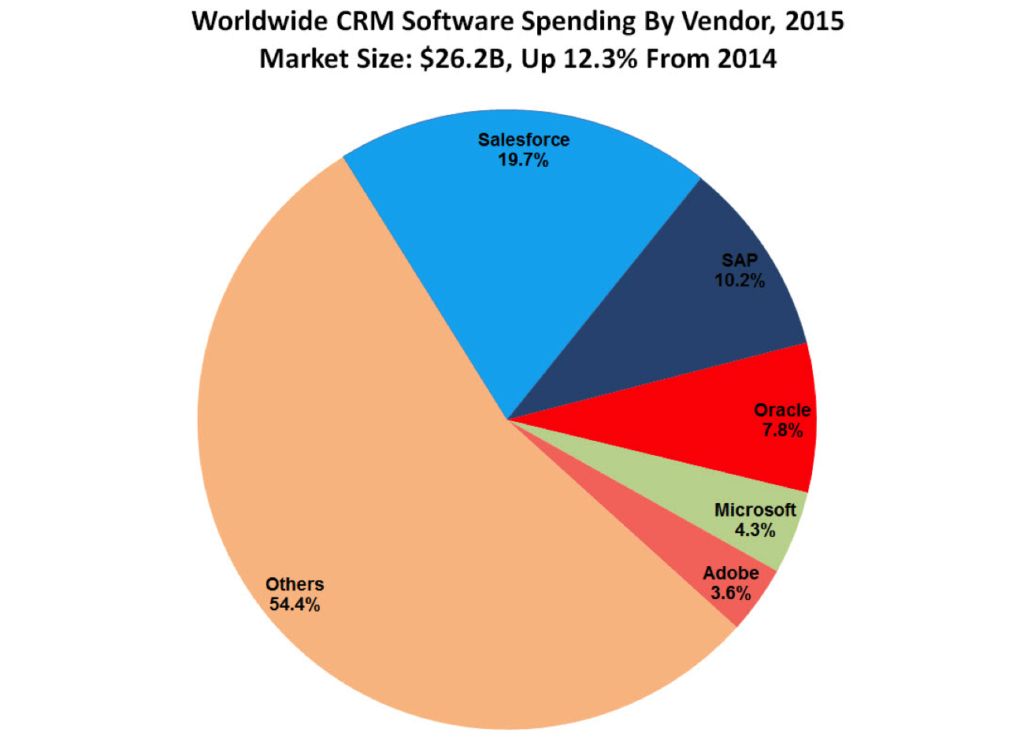 As Salesforce was busy capturing its 20% market share, the major tech companies sat on the sidelines and watched them rack up billions in revenues, until their own revenues came under fire because of the disruption, which forced them to either join the IaaS/SaaS bandwagon or be left behind.


Both Microsoft and IBM have felt – and, in many ways, continue to feel – the pain of having legacy businesses that weren’t prepared to take on the future. Though both are now solidly in the IaaS/SaaS space, they had to go through an excruciating transition period that has left indelible scars on them.

Today, they are well on their way to joining Salesforce at the top of the SaaS industry. Microsoft, IBM, Oracle and Google are all pushing hard to make their mark in the space, and Amazon is already a leader in the IaaS segment. Each of them is at a different level of success at this point, but one common thread runs through all these organizations – the realization that traditional methods of software delivery and infrastructure deployment are dying, and the future of cloud computing lies in SaaS and IaaS.

IDC estimates that cloud software will exceed $112.8 billion by 2019, and by then, $1 of every $4.59 spent on software will be SaaS revenue. We’re already seeing the signs of that growth, and we expect Salesforce to continue to be in the lead for the foreseeable future – in a market that’s growing rapidly as it is.


These are the leaders of SaaS, and these are the companies to watch for over the next several years.