Home Gaming Why Game Mode on Windows 10 Creators Update is a Must-follow Topic... 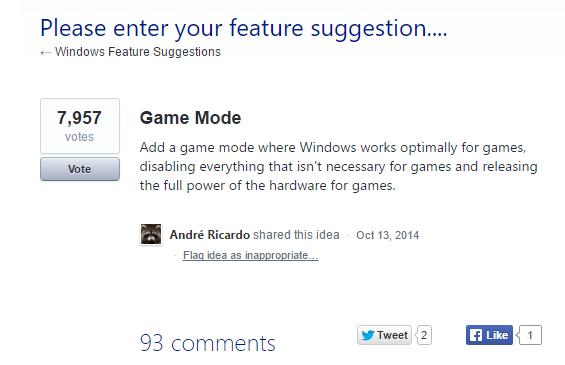 If you’re a PC gaming fanatic – and I mean anything from an enthusiastic amateur to a yawn-level champion – then you need to watch what’s happening with Windows 10.

PC gaming has always been a very native experience in that all the premium hardware capability that goes into it must be purchased and deployed by the gamer. But the way Microsoft has gone about equipping Windows 10 Creators Update with gaming arsenal, it could put quite a bit of pressure on the old way of doing things.

Essentially, Microsoft is trying to make pro-level PC gaming a much more affordable experience, while promoting Windows 10 as the inescapable choice for the core gaming community. By bringing optimization elements such as Game Mode (a carry-over from the way Xbox One handles game optimization), Beam (for live streaming of games) and a new Games Menu in Windows 10 Settings, Microsoft is putting its efforts into giving PC gamers a better experience at the OS level.

Game Mode itself works like a suppressant or hall monitor, drowning out the “noise” from other applications and giving your games more dedicated resources, natively. Everything that Game Mode does is designed to optimize your average frame rates, and peak frame rates when you’re actually playing a resource-intensive game.

Beam, on the other hand, is purely community and livestreaming focused, and could eventually help Microsoft make the crossover into cloud gaming. Among other things, it addresses some of the basic problems of live-synching multiple end points in a hosted game. It’s loosely similar to the way Xbox runs its games, but native to Windows 10.

And that’s essentially the challenge that Microsoft is trying to address with the gaming aspects of Windows 10 Creators Update – to work at a frenzied pace in the background so that your gaming experience remains “unruffled” and flawless no matter whether you’re playing it alone or “in front” of an audience.


Here’s an interesting video where Microsoft showcases how Game Mode works to optimize your CPU and GPU resources for the optimal experience:

As of this week, Microsoft is expected to bring Game Mode for Insiders on the Fast Ring so they can provide their feedback on what’s working and what needs fixing.

It’ll go through a few more iterations until the bugs are fixed and wrinkles ironed out, but we expect a very robust Game Mode on the final, public version of Windows 10 Creators Update when it hits in a couple of months, along with a fully functional Beam and several UI improvements.


That’s the reason you need to keep tabs on what’s going on with Windows 10 Creators Update. The closer we get to the launch, the more we see Windows 10 becoming an absolute must-have for gamers of all passion levels.