Microsoft’s cloud push has already started yielding results for the company. The company’s cloud infrastructure (IaaS) offering, Microsoft Azure, and their lead SaaS product, Office 365, have been growing at speeds that are leaving their competitors breathless.

Nadella-led Microsoft now looks a completely transformed company, and these two products not only hold promise in the short-term, but both are fundamentally changing Microsoft as we know it.

Microsoft reported that during the second quarter (October 2016 to December 2016), their commercial cloud annualized run rate had exceeded $14 billion dollars. Microsoft includes revenue from Office 365 commercial, Azure, Dynamics 365 and other cloud properties in that reporting segment. Of their cloud properties, Office 365 and Microsoft Azure are the two stand-out ones because, if these two can keep growing, it will have a ripple effect on other products that Microsoft sells.

Amazon is the undisputed leader in the Infrastructure as a Service IaaS segment, and their Amazon Web Services vertical is already bringing in more than $3 billion dollars a quarter growing, having grown above the 50% range for the past several quarters. Microsoft’s IaaS offering is no slouch, as it has been growing near or above triple digit speeds for the last several quarters. During the second quarter of the current fiscal Microsoft Azure revenues grew by 93%, the lowest they have recorded in six quarters. 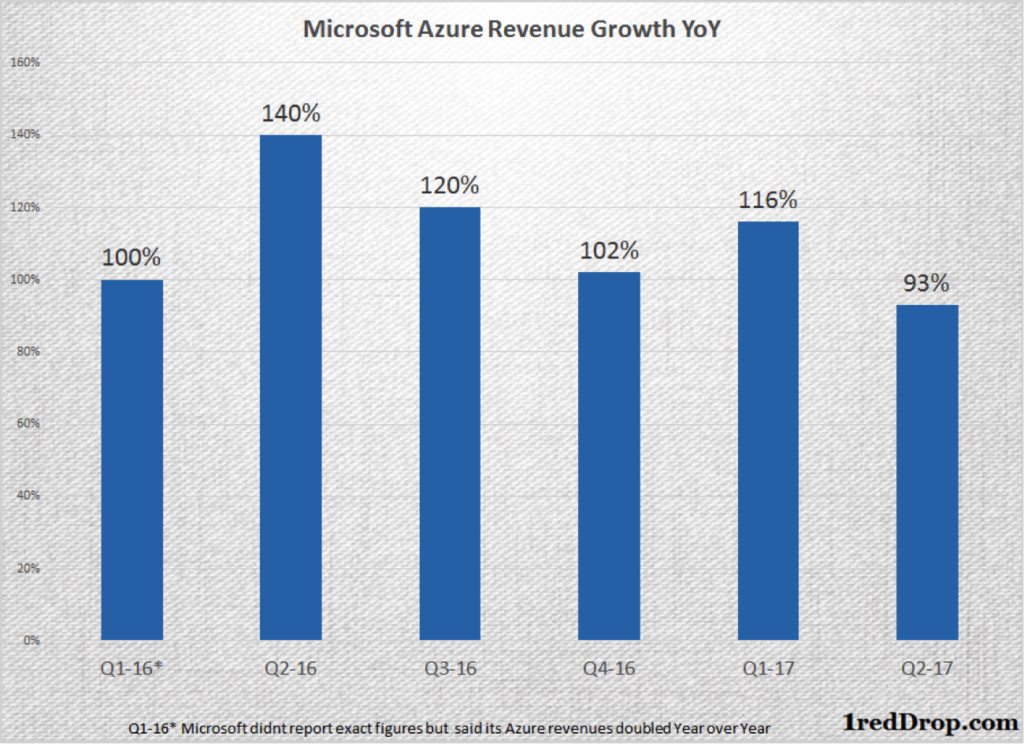 Microsoft’s IaaS revenues have to be much smaller in size compared to Amazon’s because both companies’ cloud revenues are in the above 3 billion dollar range, with Amazon earning most of its money from IaaS while Microsoft has a solid SaaS business as well.

The huge advantage of such robust growth is that the more customers use Azure, the higher the probability of converting them for Microsoft’s SaaS product lineup. That includes their office productivity applications, as well as the business management software market that Microsoft is eyeing with Dynamics 365 and other cloud products.


Office 365 commercial revenue grew 47% during the second quarter, their lowest in six quarters. As it got bigger and bigger the growth trajectory has been showing signs of leveling off, but at 47% it still remains strong, and Microsoft should be able to continue posting strong double digit growth numbers for some more time.

The growth of Office 365 has emboldened Microsoft to push a bit deeper into this segment, and just during this quarter alone Microsoft added two new services to Office 365: Microsoft Teams, a new chat-based workspace for Office 365, and Microsoft Staffhub, a new Office 365 application that provides shift scheduling, messaging, and sharing capabilities for front-line workers. They have been constantly adding more services and features to Office 365, as it continues to grow market share. 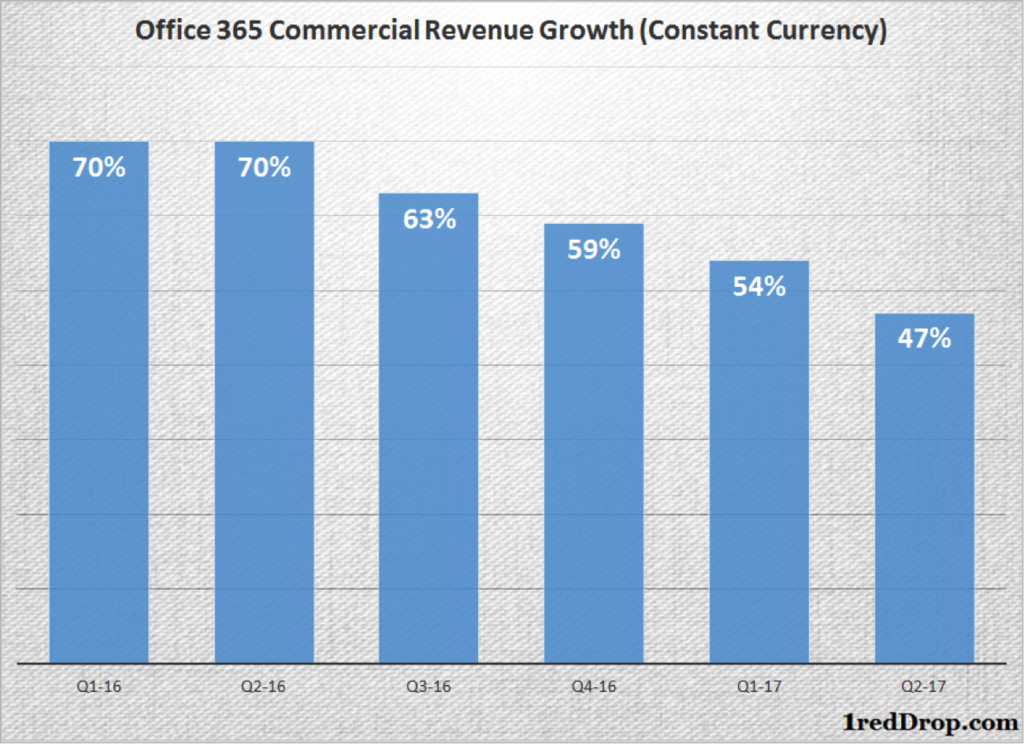 You can read the full Microsoft Q2-17 report here.