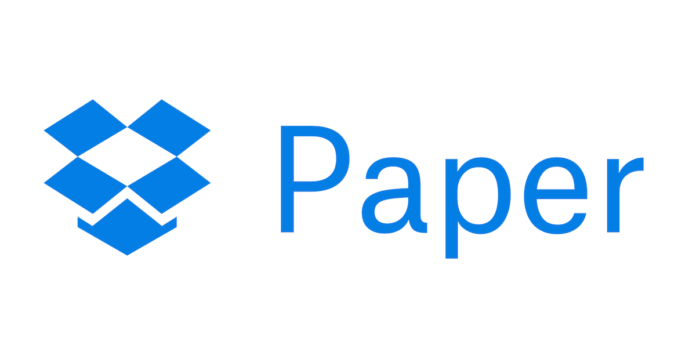 Dropbox Paper will also offer offline access via iOS and Android apps when they’re ready, and Paper is already available in 21 languages.

With Dropbox Paper, the company says that teams will now be able to create, review, revise, manage and organize their projects through shared documents that will maintain a revision history similar to what we see in Google Docs.

But the real question is, can Dropbox Paper really compete at the scale that Google Docs operates? Google Docs is, by far, the market leader in real-time document sharing, even though Google Apps itself has lost a lot of market share to Office 365 over the past two years.

Looking at the enterprise collaborative tools landscape, Microsoft is the clear leader, with IBM coming in a close second. Google Apps was tremendously popular at one point, but with the lack of development being their biggest challenge, their position slid down considerably. According to Okta, Google Apps is still popular with smaller companies, but not as much with enterprise-level organizations, where Office 365 reigns supreme.

Dropbox says that some of their beta clients for Dropbox Paper include Patreon, Ben & Jerry’s, Shopify and other companies, and that millions of Paper docs have been created across more than 200 countries and territories around the world.

But how viable is it as a competitor to Office 365 or even Google Apps, now renamed GSuite?


On the plus side, Dropbox itself is the biggest file hosting service in the world with over 35 million monthly unique visitors, followed by MediaFire (22.5 million), 4Shared (21 million) and Google Drive (18.5 million).

However, Dropbox is relatively new to the collaborative tools if you remove the file-hosting aspect of their business. Can a “newbie” like Dropbox Paper actually compete against top-notch products from Google and Microsoft?

Our assumption is that Dropbox Paper will eventually find a niche for itself and perhaps even grab respectable market share in this segment. That said, there is no way it can compete with either Microsoft or Google on a large scale, especially in the enterprise segment where Microsoft has cemented its position right at the top.


Dropbox Paper will essentially be a SaaS application that offers a shared, collaborative environment. That market is extremely crowded, highly competitive and tremendously difficult to break into.

As such, Dropbox Paper is not likely to see rapid mass adoption in its early stages. However, if the company continues to build its portfolio of collaborative tools and keep adding products and services on a regular basis, their global presence could help them gain significant market share over the next several years.