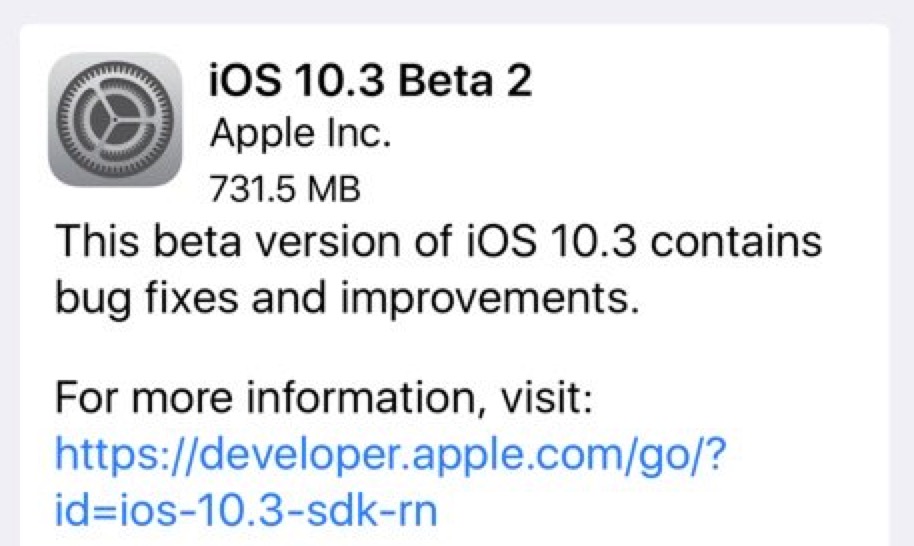 iOS 10.3 public beta 2 was released two days ago, but all it does is bring one additional functionality and carries over everything else from the first beta that was seeded to developers about two weeks ago.

That functionality is WiFi calling. It’s actually been available on iOS devices for a while, with several carriers in the United States. Verizon now has the upgraded WiFi calling feature as well, with iOS 10.3, as does the United Kingdom’s Three network.

The older capability had to have the call routed through your iPhone, but that’s no longer necessary. You can be on a different WiFi network with your iPhone switched off, and you’ll still be able to make WiFi calls on your other iDevices.

Other features have been carried over from the previous beta, and include Find My AirPods, and these functions as listed by 9to5Mac:

Of course, the final release of iOS 10.3 is still several weeks away, but if you want to try it out, you can sign up to the Apple Beta Software Program.