Home Business Is Google Chrome the Most Popular Browser for Office 365 Cloud Applications? 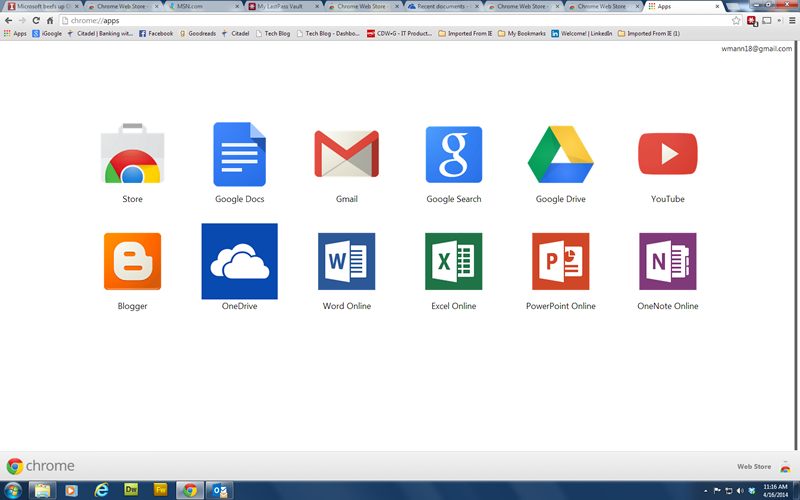 One could be forgiven for assuming that a suite of cloud-based applications from Microsoft, such as Office 365, would naturally run better on their latest browser, Microsoft Edge, rather than any other browser. But is that actually true? Let’s take a peek at perspectives from various sources and see if we can arrive at a definite winner.

As far as Microsoft Edge is concerned, Microsoft might tell you it’s the best platform to run Office 365 applications (I honestly don’t know if they actually do), but the truth is that it is a relatively new browser with quite a few rough edges. As capable as it is, it hasn’t gone through that many version changes as some of the others and, as such, is not a solution everyone would recommend for running a demanding suite of products that make up Office 365.

Of course, that will inevitably change as Edge gains more maturity as well as market share, but the 4.52% share that Microsoft Edge holds as of January 2017 still tells us that only a small portion of individual and commercial users are currently running their Office 365 apps off Microsoft Edge – and that’s a sign of weak Windows 10 adoption rates as well, which we’ve talked about before.

Internet Explorer, on the other hand, is the predominant browser of choice for PC users running Office 365 applications. However, IE 11 is the recommended version, rather than IE 10 or older versions. Together, all IE versions from 8 through 11 account for about 18-20% of all PC users – commercial and individual.

So our attention naturally turns to the current king of browsers – Chrome. Ironically, Chrome 55 and above would appear to be the most popular choice of browsers for running Office 365.

It’s not just because it commands a 37.27% market share of desktop browsers. Google has gone out of its way to make sure its browser can beautifully handle the needs of a SaaS application group like Office 365. More importantly, one of Gartner’s surveys showed that Google Chrome would be the primary browser for two-thirds of all enterprise users as of 2016.


And for this large group of enterprise users, Google highlights its support for Office 365 and other top enterprise SaaS products including its own G Suite, Salesforce, Workday and several others.

Moreover, as early as in October 2015, Microsoft recognized that they need to support Office 365 users that were on Chrome, so they released a Chrome add-on to allow users to quickly access their most recently-edited documents.

If Microsoft feels that supporting Chrome users is important to them, that can only mean one thing – that, while they recognize the need for IE to be the preferred choice of browsers for Office 365, they concede that the Chrome user base is equally or more important to them in terms the Office 365 user experience.


That highlights another interesting fact: that Microsoft is possibly a little behind on its browser development agenda. IE was under attack from Chrome from the very beginning because it was simply more intuitive and was able to piggyback on Google’s strength in web content search technology. Bing could never provide the kind of reach that Google Search did – or does, for that matter.

Microsoft’s clean segue from IE to the newer, flashier, faster, more secure Edge might be more suitable for Windows 10 and the future of Microsoft, but for now the software giant still needs to bend to the will of the search engine giant’s core search product – Google Chrome.

In summary, the best browsers  – or, more appropriately, the most popular browsers – for running Office 365 applications in the enterprise environment are possibly Chrome first, IE second, and Edge third. If you think about it, that’s not a shabby achievement for Edge considering it’s much younger than either of the other top browsers.

Software as a Service (SAAS) examples