Home Business What the RightScale 2017 State of the Cloud Survey Tells Us About... 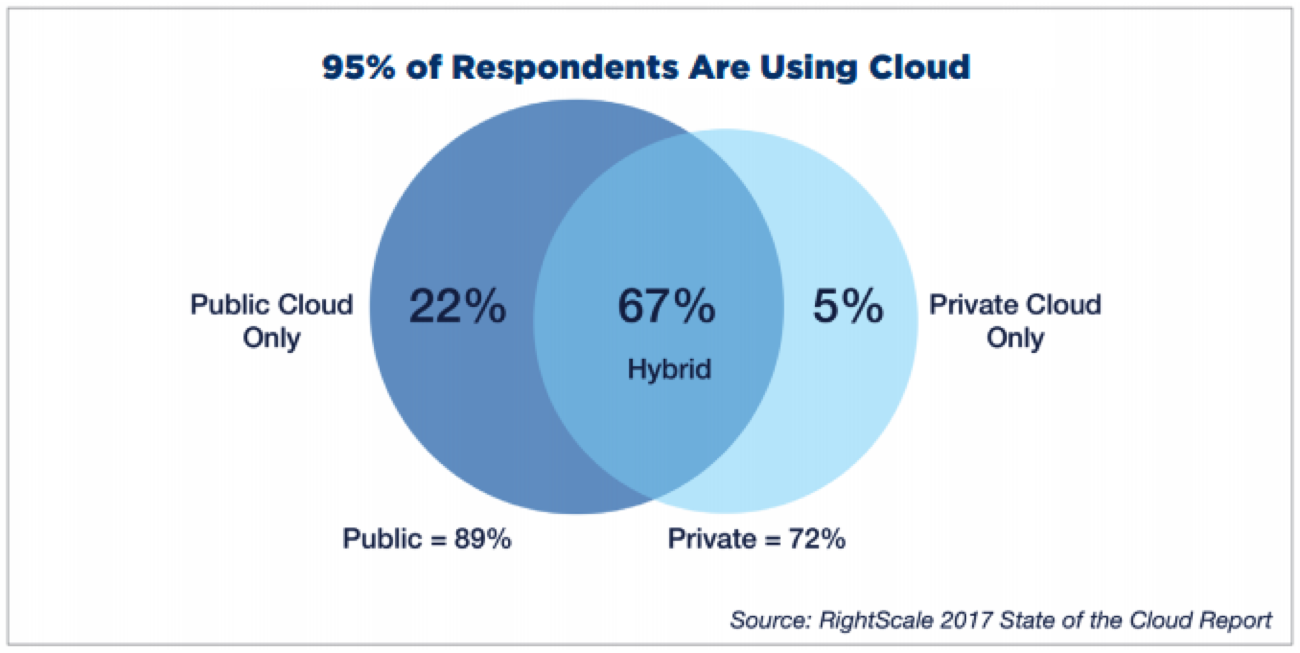 According to a recent survey conducted by cloud management company RightScale, private cloud adoption rate is declining steadily, while Infrastructure as a Service (IaaS) keeps surging. For the survey, RightScale reached out to 1002 technical professionals across a broad cross-section of organizations to learn about their adoption of cloud computing.

It’s already a well known fact that companies are steadily adopting the Infrastructure as a Service model for their IT needs. RightScale says that 95% of the organisations surveyed are running applications on, or experimenting with, IaaS. In 2016, the IaaS segment was worth $22 billion dollars, but IT spending on infrastructure is in the order of hundreds of billions. 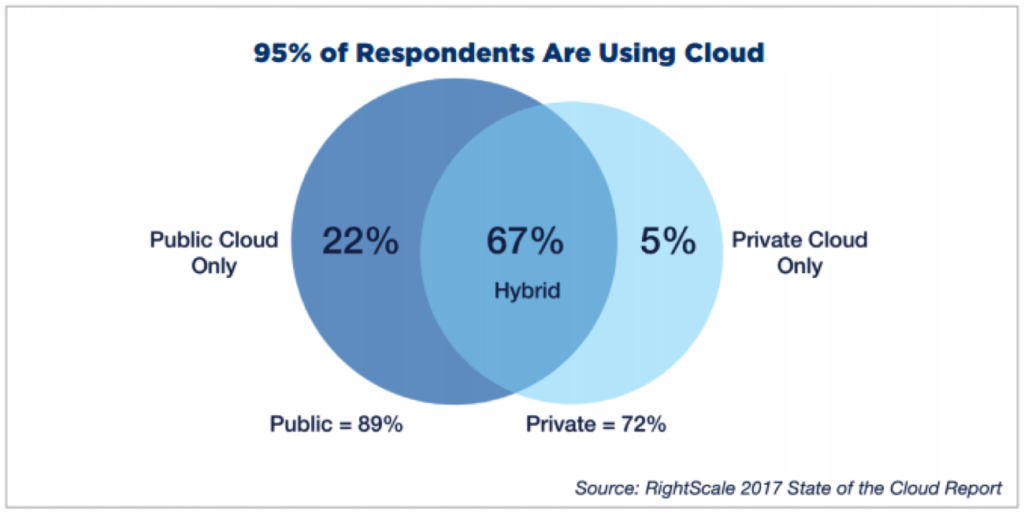 When this number is looked at along with the rate of decline of private cloud adoption, which the company says fell from 77 percent last year to 72 percent this year, one thing is amply clear: the IT world is slowly inching towards the IaaS model, slowly but surely.

As you can see from the chart below, a large number of companies are using some form of cloud: public cloud adoption inched up, while private cloud moved down a notch. 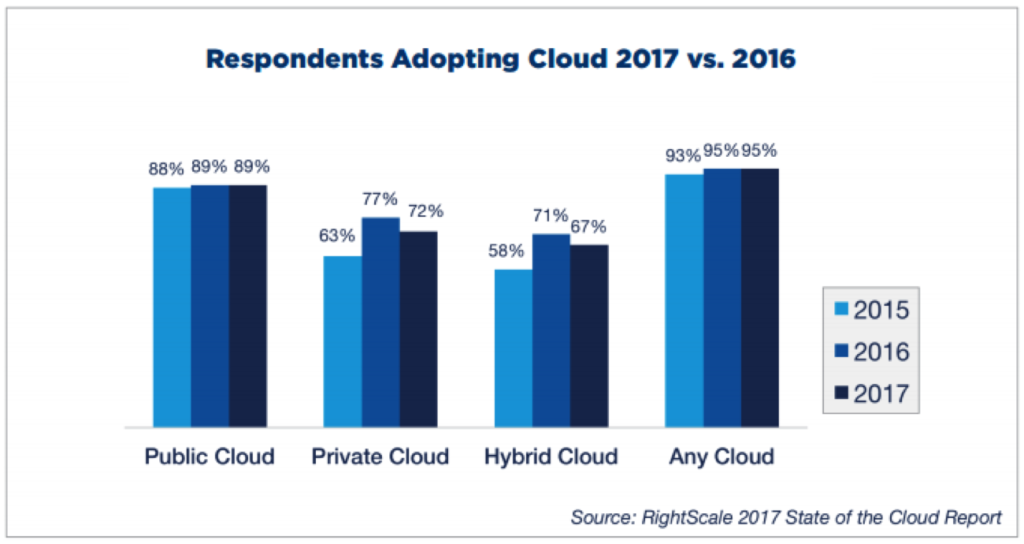 This is a classic example of the Technology Adoption Lifecycle, where innovators start things, then early adopters come in, followed by the early majority and, finally, the late majority.

Cloud computing is possibly at the end of the early adoption stage and entering the next phase, where it will slowly start drawing in the majority of users. Even the revenue growth of the top cloud service providers shows that there is strong momentum in cloud adoption, because they kept doubling their quarterly revenues last year.

Some key findings by RightScale