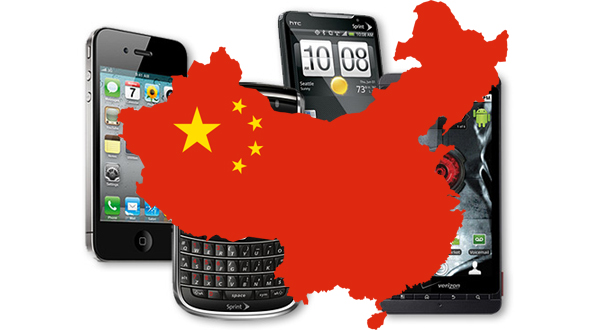 China is a crucial market for any consumer-focused company, and Apple is no more immune to its lure than Amazon or Tesla Motors. The Chinese smartphone market is massive on its own, with 131.6 million units being shipped in the fourth quarter of 2016 alone.

At that size, it’s natural that everyone from Apple to Xiaomi wants a large chunk of smartphone market share from the People’s Republic of China. But Apple is losing ground every quarter.

For the full year 2016, there were a total of 476.5 million smartphones shipped in China. Huawei’s 76.2 million units puts it at pole position in terms of smartphone market share. In second place is OPPO with 73.2 million shipments. Third is vivo with 63.2 million. In fourth place – where Apple used to be – is now Xiaomi.

Apple’s Chinese smartphone market share was down 18.2% year-over-year with 43.8 million units, which makes sense because Apple’s global iPhone sales declined 7% year-over-year between 2015 and 2016.

As of now, Apple is the fifth best-selling smartphone brand in China, and it’s going to be tough for them to claw their way back to the top.

The data comes from Canalys, a research firm that focuses on mobility, cloud infrastructure and other forward-looking technologies like virtual reality, artificial intelligence and autonomous vehicle technology.

According to their findings, Huawei took the opportunity it was offered and went after it ruthlessly and with precise execution. This is what Jessie Ding, a research analyst from Canalys, says:

“While Apple, Samsung and Xiaomi are all in the process of adjusting their strategies in China, Huawei took the opportunity to consolidate its position in the tier-1 and -2 cities.”


Ding also added that this slack was picked up immediately by Huawei, which mounted an attack in tier-three and tier-four cities where OPPO and vivo were the dominant players.

Apple made it to the top of the global smartphone industry during the fourth quarter of 2016, but by a very slim margin. This was corroborated with information from two top research firms – Gartner and IDC. Both companies’ data shows Apple with a very narrow advantage over second-placed Samsung.

That slim advantage might not be around for very long, and a lot is riding on how well iPhone 8 does this year, along with two other models Apple may release – iPhone 7s and iPhone 7s Plus – in 2017.


It’s clear that Huawei is mounting an attack on the global number one position. They’ve already begun by firmly reserving third place in the global smartphone market, and it’s just a matter of time before they close the gap with industry leaders Apple and Samsung.