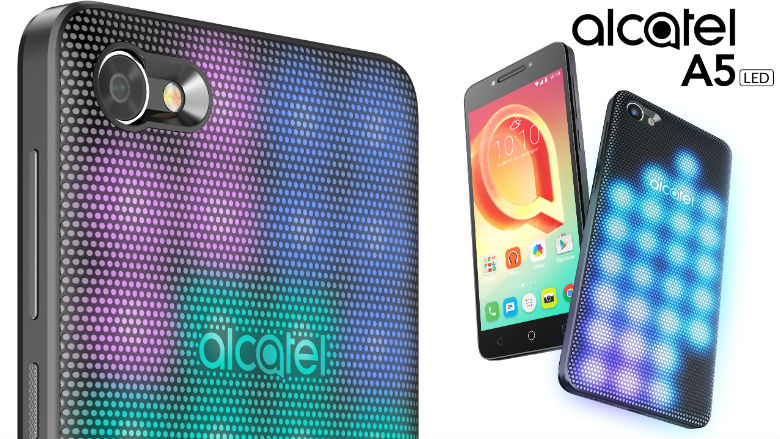 Alcatel made it to the news last year by being the first OEM to adopt Windows 10 Mobile for a portion of its smartphone device line, on the Alcatel IDOL 4S. This time it looks like the company is after Moto Z’s idea of modular phones, but these look like they will be built into special cases for various purposes.

The Alcatel A5 is a unique smartphone in more than one respect. For one, the rear panel for the model showcased at MWC 2017 has LEDs that respond to music, lighting up with the beats. But the interesting part was that there were two other rear cases shown, one with a speaker and another with a battery extender.

Alcatel called this a “sneak peek” of the future, and that future looks suspiciously modular.

Moto Z went in a slightly different direction, allowing “mods” to be attached to the phone with powerful magnets. Alcatel is simply making interchangeable rear panels with various functionalities. At least, that’s what it looks like they’re doing, even though they did not confirm that these other panel types would, in fact, go on sale.

For now, the A5 is being marketed as “the world’s first interactive LED-covered smartphone.” That could be just the beginning of an accessory line for the smartphone.

The specs on the A5 aren’t that advanced, but it does have an octa-core processor, 4G LTE connectivity and a 5.2-inch screen.

Alcatel is also releasing two other models. One is the U5, an entry-level smartphone, and the other is the stripped down version of the A5, called the A3. It has a quad-core processor, fingerprint sensor, 13MP rear camera and sports a metallic frame. Interestingly, the A5 only has an 8MP rear camera although its slightly more high-end than the A3.


If you’re curious, here are the full specs lists for all three phones released by Alcatel at the Mobile World Congress 2017, thanks to CNET.

Moto Z2 Play or Something Else Launching at the Motorola Event in NYC?