IBM announced today that it will be building quantum computing systems and making them available for commercial use. The computing service, which will be delivered via IBM’s cloud platform, will allow users to connect to IBM’s quantum processor, enabling them to run algorithms and experiments, working with individual quantum bits. 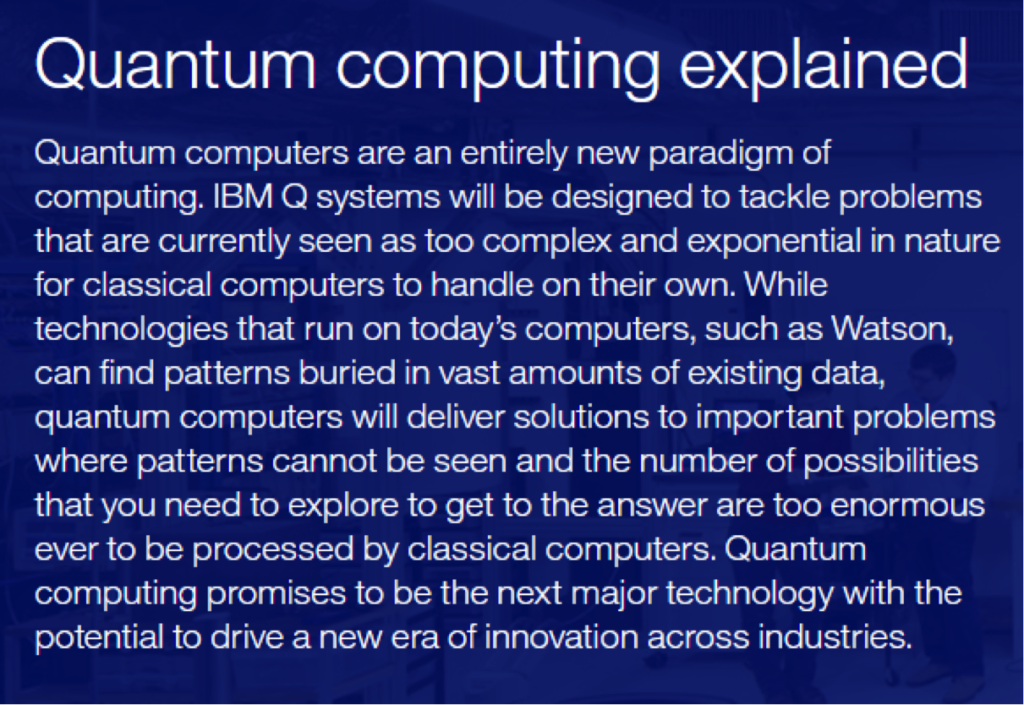 According to IBM’s press release:

“IBM has invested over decades to growing the field of quantum computing and we are committed to expanding access to quantum systems and their powerful capabilities for the science and business communities,” said Arvind Krishna, senior vice president of Hybrid Cloud and director for IBM Research. “Following Watson and blockchain, we believe that quantum computing will provide the next powerful set of services delivered via the IBM Cloud platform, and promises to be the next major technology that has the potential to drive a new era of innovation across industries.”

“IBM Q systems will be designed to tackle problems that are currently seen as too complex and exponential in nature for classical computing systems to handle. One of the first and most promising applications for quantum computing will be in the area of chemistry. Even for simple molecules like caffeine, the number of quantum states in the molecule can be astoundingly large – so large that all the conventional computing memory and processing power scientists could ever build could not handle the problem.”

IBM launched IBM Quantum Experience, its cloud-enabled quantum computing platform, in May 2016. The company says that since the launch, nearly 40,000 users have run over 275,000 experiments on IBM Quantum Experience platform. Now, the company has decided to take it to the next level and make it commercially available for users.

To put it simply, IBM has decided that it’s not a bad idea to make money out of something that’s working so well for so many users.