Google has finally figured out that Hangouts should ideally be used for business purposes. To this end, the company is giving Google Hangouts a complete overhaul to make it more like segment leader Slack – something Microsoft recently did with Microsoft Teams.

But Google has quite a lot of advantages over Slack and even Microsoft. For example, we see deep integration with Google’s G Suite apps like Docs and Sheets as being one of these advantages. Another advantage, obviously, is search capability. The new Hangouts will allow you to filter conversations in a number of ways, including by room, by file type and even by links shared by users. 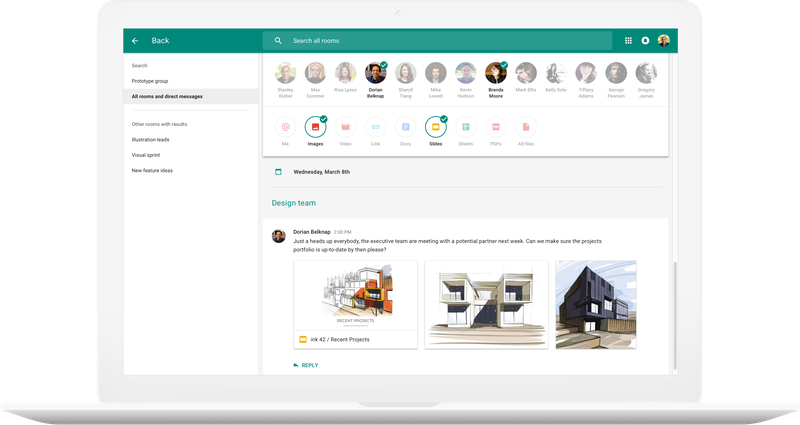 Google is also bringing in “app scripts” to access bots for a variety of tasks. For example, the bot called @meet can automatically review the schedules of everyone in a chat room and suggest an appropriate meeting time. Once confirmed, that’ll go into everyone’s Google Calendar.

But even if Google Hangouts – in its new avatar – is not able to directly compete with Slack or Microsoft Teams, it’s a major upgrade for Hangouts. Besides, customers already using G Suite are going to get added functionality for no additional cost. Since it’s merely a product upgrade rather than a new product, the price you’ve been paying until now is the price you’ll be paying including the upgraded Hangouts app.

Google is moving fast on this, apparently, and businesses in the Early Adopter Program are already getting the new version. The company also told The Verge’s Dieter Bohn that once it becomes available to the general public, some of the business features will be limited to G Suite users. For general Gmail users, Hangouts Chat is going the “freemium” way, which means it will be free to download and try. At this point, there’s no information on what features will be chargeable.

As part of the overhaul, Hangouts Meet, the video chat service on Hangouts, is also getting a major upgrade. We reported this earlier in March, when Google inadvertently leaked news of “Meet by Hangouts”, a lightweight videoconferencing solution that can handle up to 30 participants on a single call. Google has now confirmed that the new version of the app will be “much less likely to spike your processor or grind your computer to a halt.” 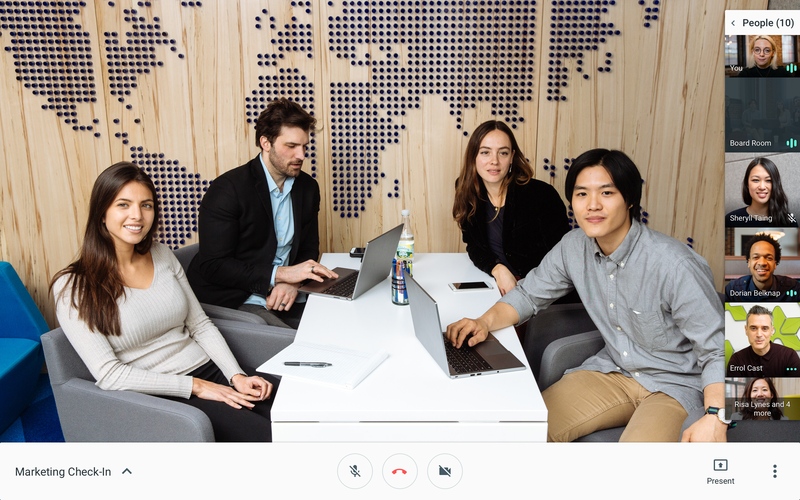 What’s more, on Chrome or Firefox, you won’t need to install a plugin to make it work. The plugin will still be required for Microsoft Edge and Apple Safari, but only until they support the WebRTC standard. Web Real Time Communications is maintained by the Google Chrome team, and allows real-time communications with simple APIs.


Organizing and conducting video meetings will also become simpler. While enterprise customers will automatically get a dial-in number. And, on the mobile app, they’ll be able to simply tap on the calendar entry, and it will open the phone app with the dial-in number auto-filled and ready to dial.

With this change, Hangouts finally gets its own identity as an enterprise utility rather than a consumer one. It will be closely integrated with other component of G Suite, making it easy for business users to get the best videoconferencing, chat and messaging tools as part of their monthly subscription.