Home Gaming Windows 10 to Offer App Previews without Installation. How Does it Work? 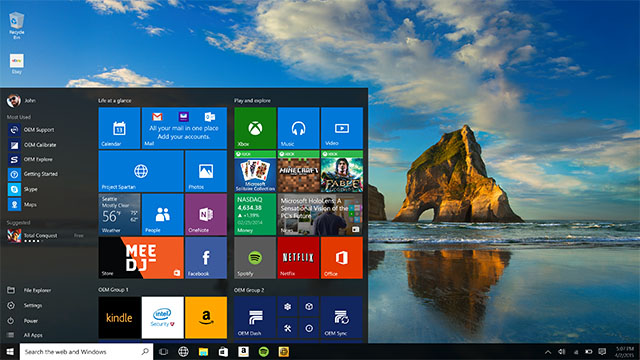 Have you ever installed an app based on its description, only to find yourself uninstalling five minutes later because it didn’t meet your expectations? Well, Microsoft will soon ad a functionality in Windows 10 where an app advert will expand in-line (within the app you’re currently using) and stream the new app, giving you the chance to interact with it for a few minutes and decide whether you want to proceed with the download or not.

Microsoft is calling it “Playable Ads”, very likely because it’s geared towards ads for games. Playable Ads will appear in context with other apps that you use on Windows 10. When clicked, rather than take you to Microsoft Store, as is the current scenario, the app will expand in-line and stream the new app’s content to your device without you having to leave the app you’re currently on.

How Do Playable Ads Work?

After three minutes of interactive preview gaming, you’ll be shown a link to install the app, and the rest of the process is similar to how you currently install a new app.

The new Windows 10 feature, says Microsoft, can give users a live experience of the app in question, without the need to download it. That, in turn, will hopefully lead to a lower drop-off rate after installation, something that hurts developers significantly.

The part that’s really important for Microsoft as well as its game developers, though, is the higher life time value that a user acquired this way represents.

The great thing about this feature is that there’s no extended rollout period where developers have to jump through hoops to get their app ads delivered this way. Those already promoting their apps through in-app advertising need do nothing, and those who want to start only need to create a new campaign in their Windows Dev Center account.

How Can Playable Ads Improve User Experience on Windows 10?

The obvious benefit to users is that they won’t have to install an app to see how it works and whether they really want it or not, but another very important benefit is data savings. Apps can often run into several GBs, and installing an app that you’re going to uninstall five minutes later is just a waste of data, not to mention extremely frustrating for a user. Playable Ads allows users to delay the installation, yet experience the the app through the ad itself.


Playable Ads will be a significant move for Windows 10 because this type of functionality is not available on either Play Store or App Store. There are screenshots, descriptions and video previews, but no option to interact with an app before you download it.

Google is addressing a similar issue through Android Instant Apps, which allows you to access various parts of an app without having to download and install it, but we don’t see that as being the same. With the Windows 10 Playable Ads feature, users can, in effect, fully interact with a streamed version of the app for three minutes before they decide whether they want it or not.

At this point it’s not clear whether the Playable Ads version of the app will be allowed to interact with your device’s native hardware, but even if it doesn’t, it should give you a fairly realistic preview of what’s in store, should you choose to download.


For now, Playable Ads on Windows 10 devices is in limited preview mode, and developers will need to send an email to aiacare@microsoft.com to activate the feature.