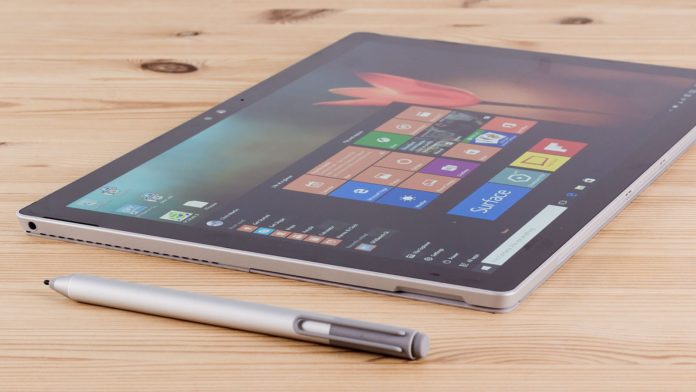 The Surface Pro 5 from Microsoft is the first Surface device to be launched this year, but that’s not the only reason it’s one of the most highly anticipated devices of the year – other than just about every smartphone coming out in 2017. Here’s a nutshell update on every piece of rumor around the Surface Pro 5 so far.

What are we expecting to see on Surface Pro 5?

Three major features are expected in the latest Surface tablet: Windows 10 Creators Update, Hololens support and a newly introduced Touch Bar. Surface Dial is also supported on Surface Pro 5, although it was originally launched alongside the Surface Studio PC.

Reportedly thinner than its predecessor, Surface Pro 5 is expected to have the seventh-generation Intel Kaby Lake processor. That means more battery life and better performance.

There’s also word that the device comes with a new, rechargeable Surface Pen and a refreshed keyboard base. The 12.3-inch display is also expected to support 4K videos. What’s really exciting is the wireless charging feature along with USB-C ports.

While the Surface Pro 5 is a 2-in-1 hybrid tablet, it’s more closely comparable with Apple’s MacBook Pro rather than the new iPad models that are coming out this year. The main reason for this is that iPad runs on iOS, which you can’t really compare with a robust desktop OS like Windows 10.

Will it be better than last year’s MacBook Pro with Touch Bar? It looks like Microsoft is teasing Apple with a Touch Bar of its own, but there are sure to be some functional differences in the way they interact with the content and the apps.

Windows 10 Creators Update is, naturally, the biggest selling point for Surface Pro 5. It brings VR support for third-party (OEM) VR headsets from some of the top electronics brands in the world, including Lenovo, Asus, Acer, HP and Dell. Several of them are expected to be available at a $300 price point, making them a lot more affordable than a Hololens or even a Rift.

Creators update also brings 3D Paint, and it will be exciting to see an old friend in new clothes and wielding some powerful capabilities.

We don’t know if Surface Pro 5 will actually be better than a MacBook Pro because there’s a thing called user preference. But features-wise, it’s certainly going to come in at a comparable level – and then some.