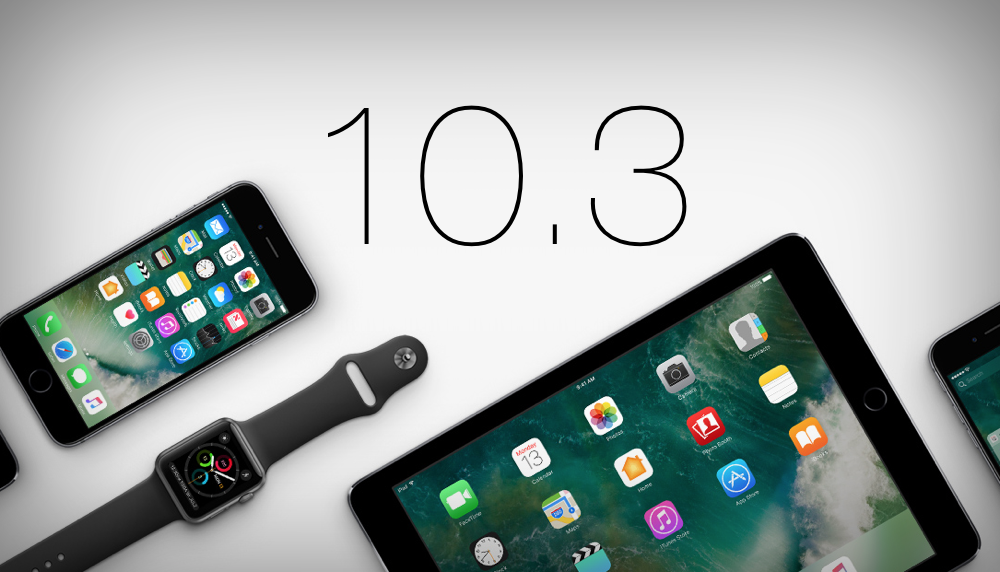 Apple’s development and beta testing timelines for iOS 10.3 suggest that we could be seeing a public release of the latest iOS version as soon as before the month is out.

In the past, Apple has rarely gone beyond a beta 7 for any previous version of iOS. So far, only iOS 2.0 and iOS 10.0 have gone into a beta 8 before the GM build (Golden Master Build) prior to public release.

Finally, the beta timeline for iOS 10.3 has been well below average, in comparison to other versions of iOS.

Here’s a snapshot look at ‘iOS days in beta’ from Will Hains via ThinkyBits: 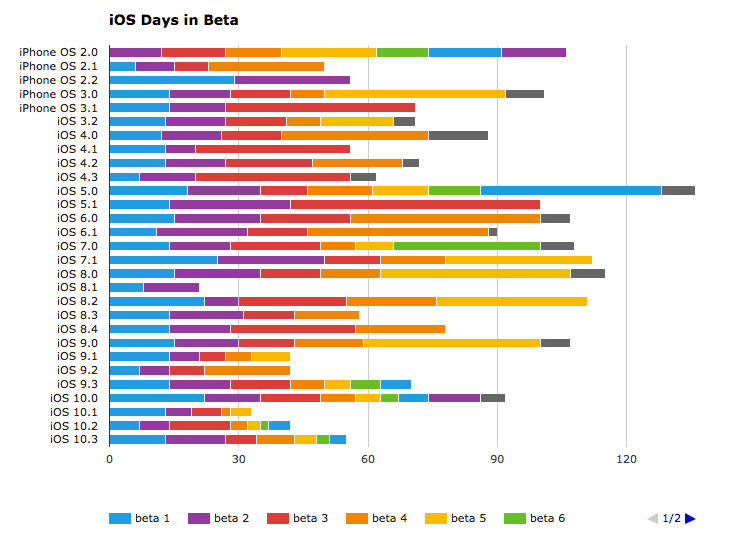 As you can see, iOS 10.3 is very close to reaching its final beta. If there’s no beta 8 announced in the next day or two, we could be looking at a public release of iOS 10.3 this very week.

Now for the really important question. Have you backed up all your iPhone and iPad data in preparation for the upgrade to iOS 10.3? It’s important that you backup your device data to iTunes or iCloud, and this article will show you how to do that:

iOS 10.3 Likely to Drop in March, Get Your iPhone and iPad Ready for the Upgrade

Note to the jailbreaking community: If you’re currently on iOS 10.2.1 and haven’t saved your SHSH2 blobs, we suggest you do so. It will allow you to roll back to that version even after Apple starts signing it. That’s just in case you’re a jailbreak enthusiast. More on that here.

Can’t Jailbreak Your iOS 10+ iPhone? zJailbreak it with a Non-Root Quasi-Jailbreak

zJailbreak, the Best iOS 10+ Jailbreak Alternative for iPhone 7 and iPhone 7 Plus