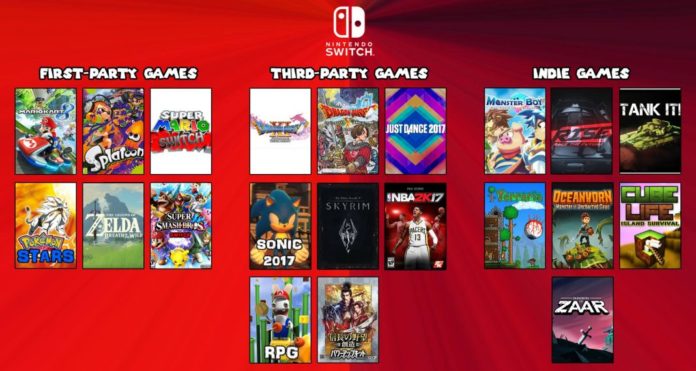 We’re looking forward to the time when Zelda: Breath of the Wild is no longer the centerpiece for the Nintendo Switch. That will eventually happen, albeit slowly, but here are five new titles that were launched during the week just past, as well as a look at some of the upcoming Nintendo Switch title launches.

As reported last week, The Binding of Isaac: Afterbirth+ made its Nintendo Switch debut on March 17. Also released during the week were Human Resource Machine, World of Goo, Little Inferno and ACA NEO GEO The King of Fighters ’94 – all on the Nintendo eShop.

For the full list of upcoming and available titles for Nintendo Switch, please visit the Game Guide on the Nintendo Website.

Minecraft Switch Edition is also coming to the console, but the dates are yet to be finalized. More titles have been leaked via Twitter as well.

The list is getting bigger as Nintendo Switch sales continues the strong trend it set during launch week that started March 3, 2017. This month alone, between 2 and 2.5 million units of Nintendo Switch are expected to be shipped globally, according to a report in the Wall Street Journal.

The report also shows that Nintendo expects to sell more than 10 million Nintendo Switch hybrid gaming systems in a 12-month period. During the fiscal year 2017, which runs from April 2017 to March 2018, Nintendo is looking to double its original production number from 8 million to 16 million.