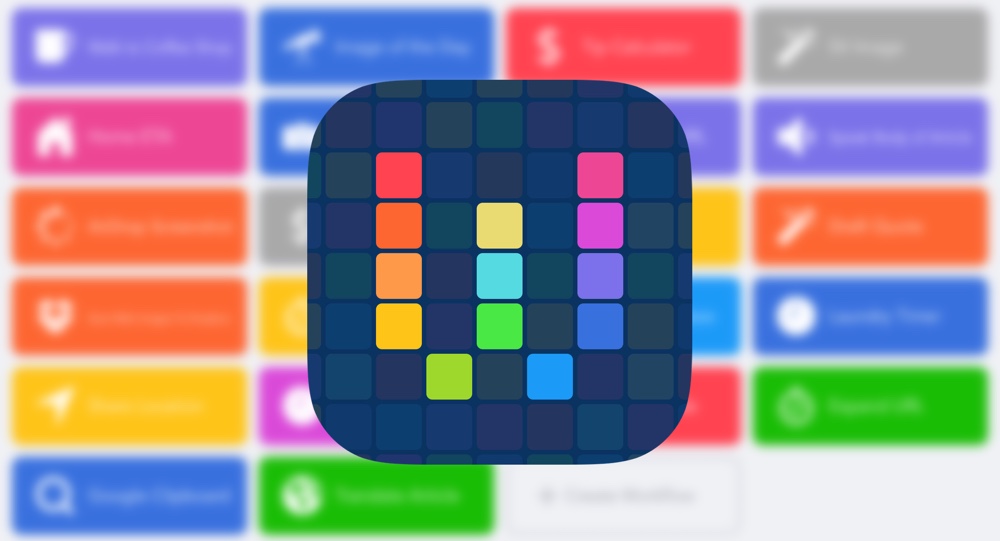 Apple recently made an unusual move, buying up one of the companies that has an app on its App Store, and hiring the startup’s small staff along with it. The ‘acquihire’ deal brought Workflow to Apple’s fold. Workflow is a little like IFTTT, which can connect multiple apps and get them to coordinate to complete various tasks.

Workflow’s small team of three has a long relationship with Apple that goes back to the early days of the startup, when they attended a WWDC prior to developing and launching the app on the App Store.

Why is this a big deal for iOS? For one, it helps automate tasks by helping apps communicate with each other. What is does is dive into ‘deep linked’ functions within individual iOS apps and integrate them with each other using a string of complex commands. There is a slight chance that Apple could be thinking of something for iPhone Edition, which will most likely come with the next major update to Apple’s mobile operating system, iOS 11.

Essentially, you can build complicated macros using simple drag and drop functionality, and then access the entire function with just a tap or two. For example, if you want to tweet a song that you like, you can create a one-tap command that does it for you. You can then create a home screen icon for that particular function. Next time you hear a song you like, just click on that and it will automatically open Twitter and fill out the details and link the song to a new tweet. You just review and hit send.

There are over 200 actions that you can use to create a workflow, and it integrates with dozens of apps, including Facebook, Dropbox, iCloud Drive, Maps, Calendar, Music, Camera, Reminders and so on. Though not identical to IFTTT, it pretty much does the same job – take a trigger from one app and effect a reaction on another app.

If you’ve ever used IFTTT, Zapier or a similar app you’ll know how useful Workflow can be. It’s basically an automation tool that gives you countless combinations of complex actions that would otherwise need to be done manually. Potentially, it’s a massive time saver.

Could Apple be looking at using Workflow technology to create custom apps of its own? Is there something being planned around iOS 11 and iPhone Edition that they need this team for? Is that why they did the acquihire-like deal, instead of just buying the company or the app alone? Apple’s got big plans for iPhone Edition that’s coming out later this year. Could the acquisition be a piece of that puzzle, designed to offer automated workflows that come default on the new smartphones?

At this point we don’t know what plans Apple has for Workflow, the app, but we do know that they’ve made it free on App Store as of today. So go ahead and download it and have a little fun. It’s compatible with any iOS 8.0 and higher device, as well as Apple Watch.