Microsoft yesterday launched a new auto licensing program that allows companies to license Microsoft’s intellectual property for developing connected car technology. Microsoft announced that they have reached an agreement with Toyota, which will allow the Japanese car maker to use Microsoft’s IP assets for its connected cars program.

Microsoft and Toyota have been working together for some time. Last year Toyota created a new company called Toyota Connected, a data science hub powered by Microsoft Azure.

“The connected car represents an enormous opportunity for the auto industry, and at the core it’s a software challenge,” says Peggy Johnson, executive vice president of Business Development at Microsoft. “Our mission is to empower car makers with technology that allows them to focus on building even better driving experiences for their customers.”

The automotive industry is going through a massive digital transformation due to advancement of cloud and IoT technologies. According to Intel, by 2020, the vehicle systems, data and services market is estimated to be worth $70 billion. The growth of IoT and cloud has given a new lease of of life to the automotive industry, which is now racing towards autonomous driving technology. And for that to happen, cloud is an important part of the connectivity process.

Connected car technology is not just about smart, self-driving cars, although that could be the biggest benefit of hooking up an automobile to the cloud; there are several other benefits as well: advanced in-car infotainment systems, voice capabilities from Alexa and Siri, integration with smartphones via platforms like CarPlay from Apple and Android Auto from Google, digital wallet integration and much more.

As auto companies race against each other towards making self-driving technology breakthroughs, tech companies are racing against their peers to put advanced applications in the co-pilot’s seat. And where there’s competition, there’s bound to be innovation. 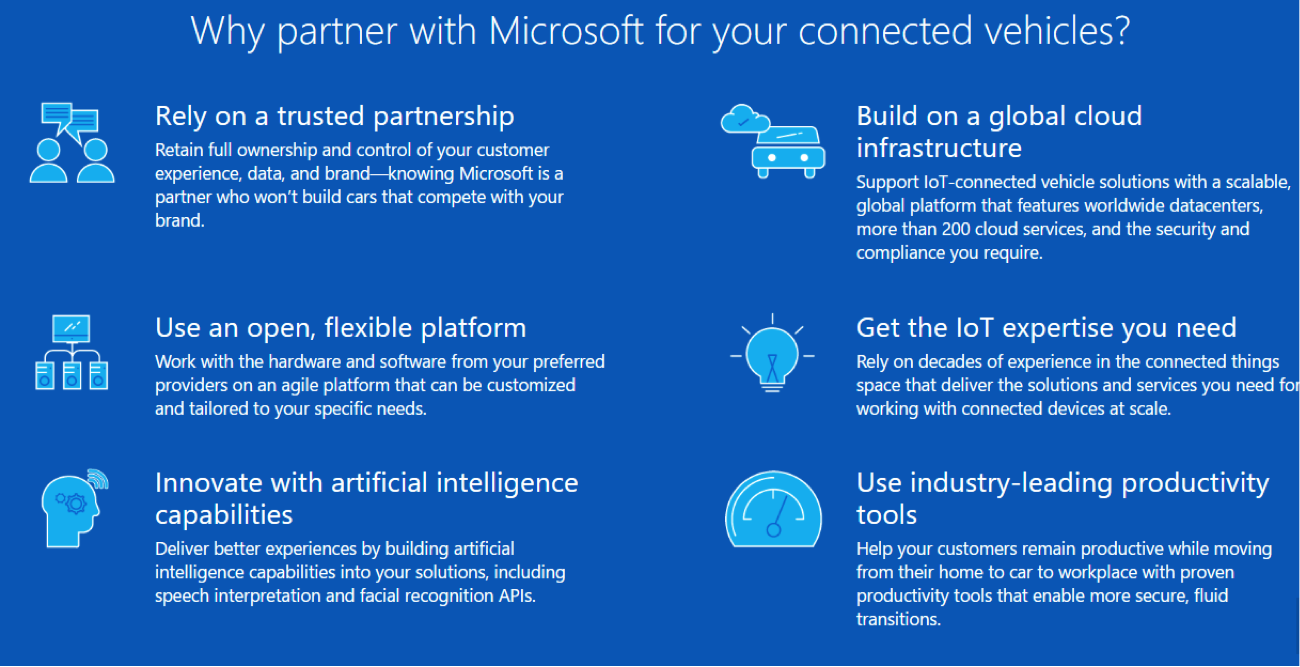 “This is an exciting time in the industry, and we believe that to create the best, most immersive connected car experiences, automotive makers should partner with technology leaders like Microsoft,” said Tokuhisa Nomura, executive general manager of Toyota’s Advanced R&D and Engineering Company. “Through this patent partnership between Toyota and Microsoft, we will be able to innovate faster to deliver new, contextual and immersive experiences to our customers.”

Cloud service providers such as Amazon and Microsoft have a big stake in the Internet of Things segment, which will be the backbone of connected cars of the future. As part of its IoT group, Microsoft has created a Connected Vehicle Platform which allows auto companies such as Toyota to partner with Microsoft. Now, the company has decided to take things even further by allowing companies that work with them to make use of their hard-earned patents.

Here’s an interesting infographic from Microsoft showing how they intend to leverage their platform to enhance connected car technology. 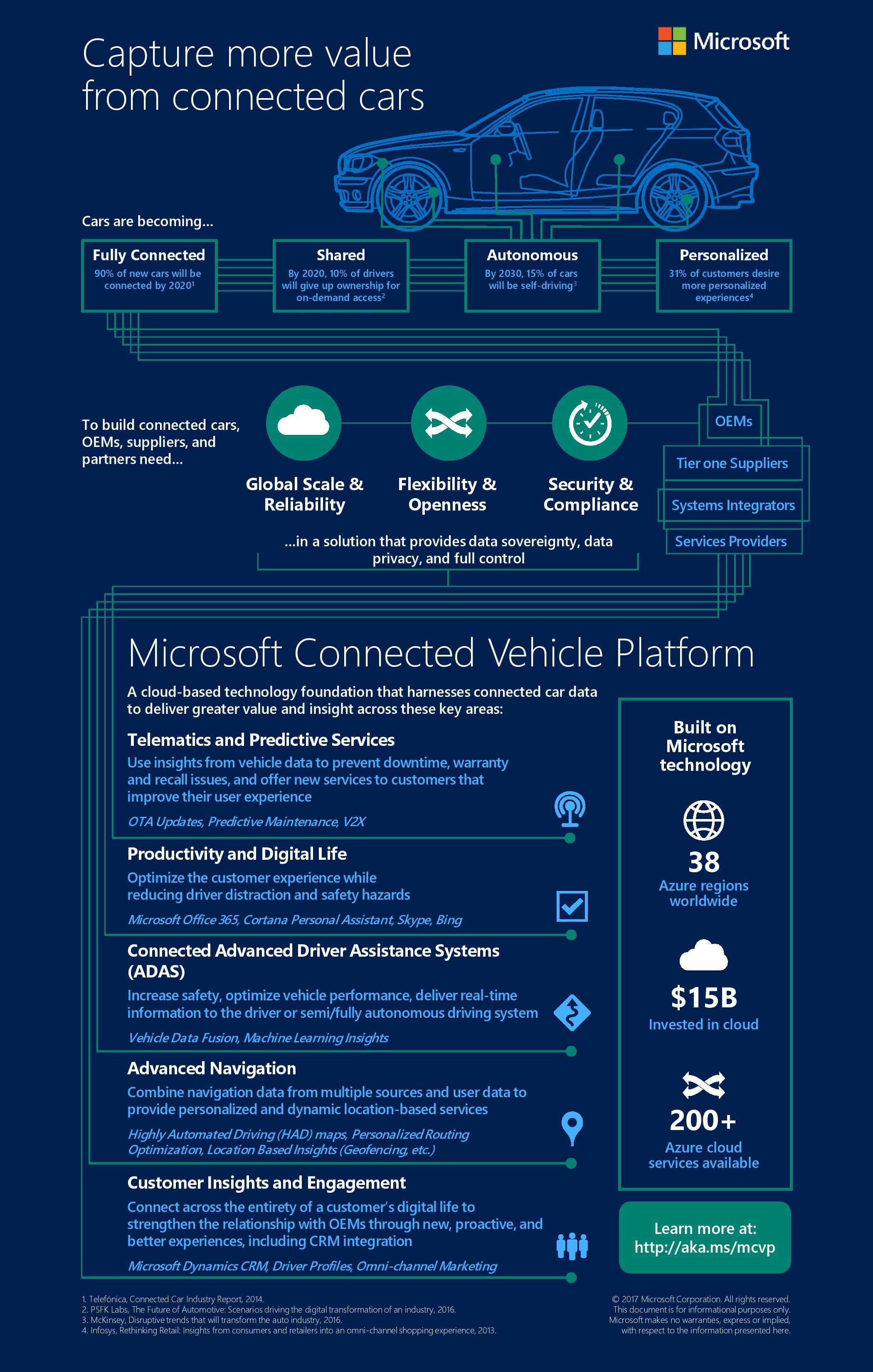