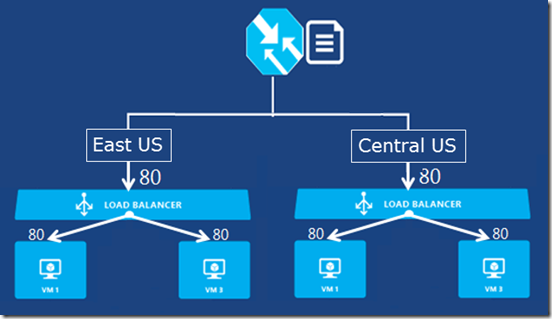 Microsoft yesterday announced that it has added geographic routing capability to Azure Traffic Manager, which allows users to localize content specific to regions, enhances data sovereignty. It allows users to partition their user base by continent, country or even a particular state, and serve them using the nearest endpoint.

For example, you can serve users from Australia and New Zealand using Microsoft Azure’s region/endpoint in Australia East, and users in California from Azure’s endpoint in US West. This will be extremely useful for users who want to tailor their content based on a particular region or location, as it allows you to control the flow of traffic to your application based on geographical location.

“Microsoft Azure Traffic Manager allows you to control the distribution of user traffic for service endpoints in different datacenters.” – Microsoft

Content delivery networks reduce the load on your servers by serving your users from the nearest endpoint, where it keeps a cache of your content. Azure Traffic Manager takes things a step further by allowing its customer to take control of how traffic flows to and fro from the application.

Traffic Manager does have several benefits, and if you are using Azure, you definitely need to take a closer look at the service. Since Traffic Manager constantly monitors your endpoints, in case of an endpoint failure, it will provide an automatic failover. As you have the ability to move traffic around as you desire, you can run your maintenance operations without any downtime because you can direct traffic to a different endpoint at those times.