The growth of cloud computing has not only made companies around the world take notice and shift their IT priorities, but it also made tech giants that sat on the sidelines – like Google and Oracle – take the plunge and fight for market share. Amazon and Microsoft are racing towards $20 billion in annual cloud revenues, which they should hit within the next few years, but considering the furious rate of growth, should we brace for a slowdown in the near future? Far from it, says Rackspace’s CEO in an interview with ZDNet.

“Rackspace CEO Taylor Rhodes said that while revenue across the big cloud players is around $20bn, that’s still dwarfed by the $500bn of applications and data still held in data centers — and it could take a decade or more for all of that to move to the cloud. 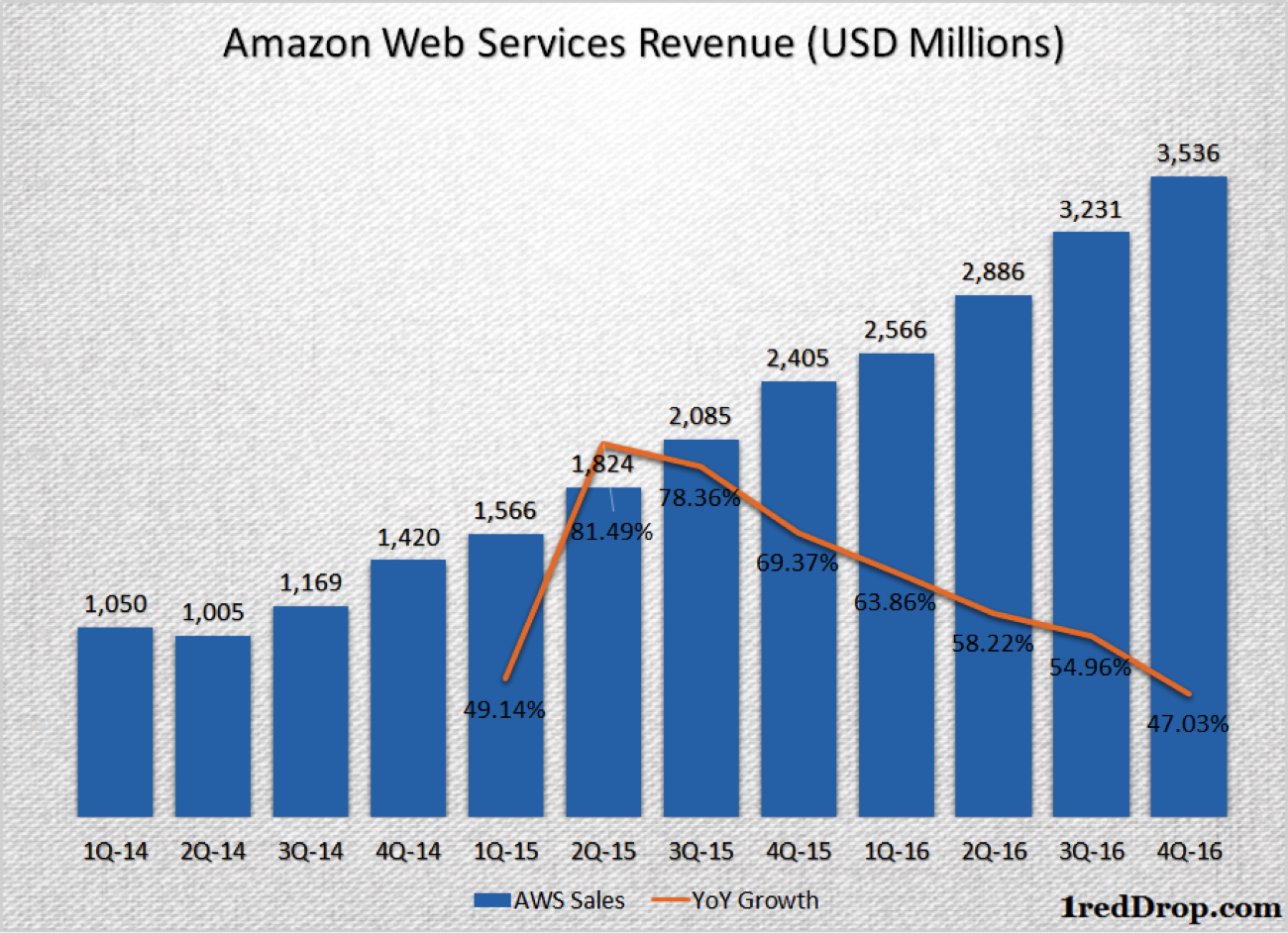 AWS quarterly revenues and year over year growthA quick look at the way revenue growth at Amazon Web Services, the lead infrastructure player in the cloud computing segment, has been coming down in the last few quarters may have gotten people thinking that the early adoption stage has come to an end. You can be forgiven for assuming that the cloud computing industry is quickly moving towards a period of more stable growth. 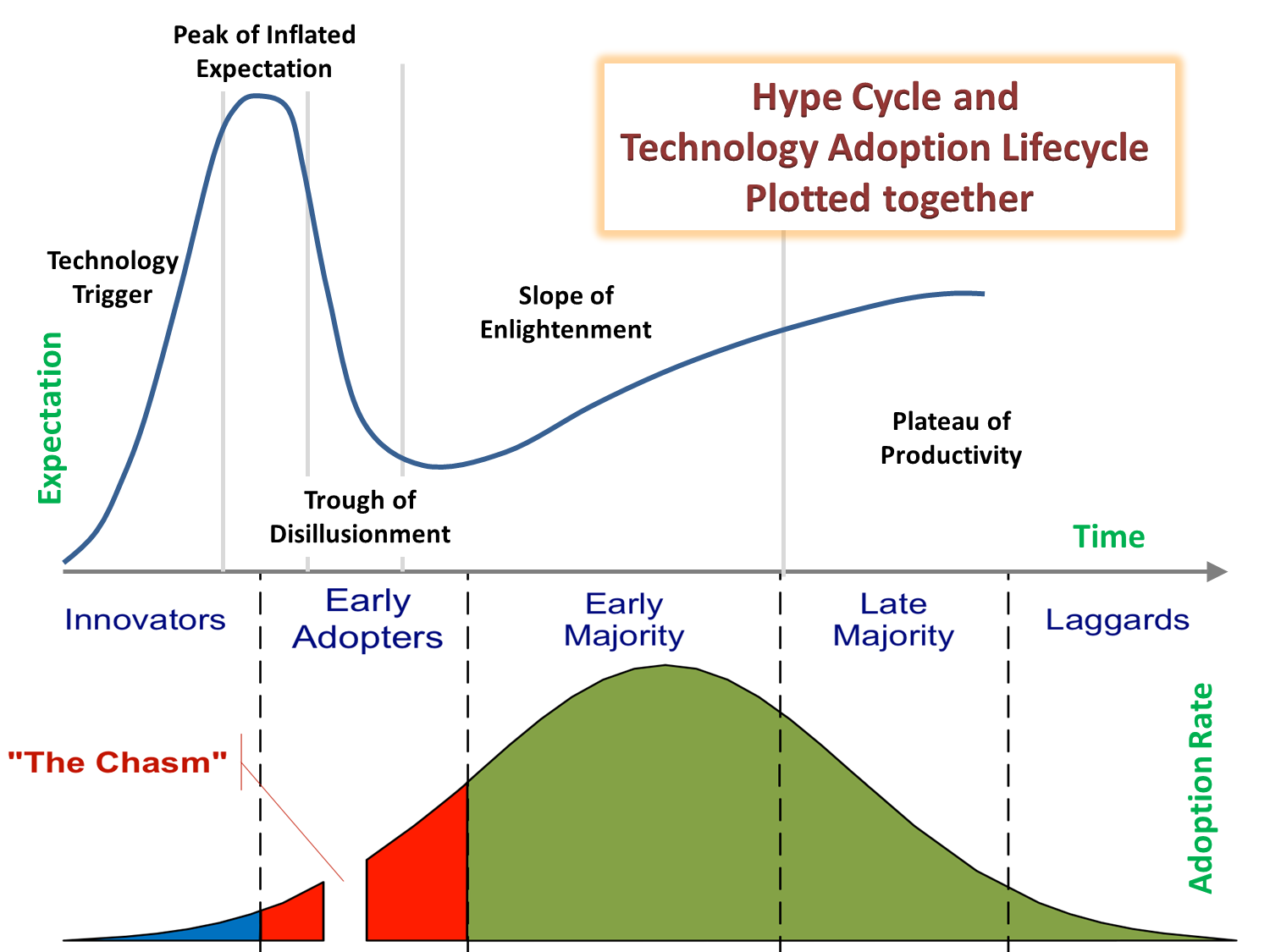 But the hard fact is, there are several industry segments that are yet to embrace the cloud. Financial institutions around the world, for example, are still taking the ‘wait and watch’ approach, and the amount of money that banks around the world spend on their IT infrastructure runs in the order of hundreds of billions, if not trillions, of dollars.

“According to a series of new IDC Financial Insights Worldwide IT Spending Guides , financial services IT spending will reach almost $480 billion worldwide in 2016 with a five-year compound annual growth rate (CAGR) of 4.2%.”

IDC, a global leader in market research, also says that the majority of banks in Asia Pacific are in the early stages of cloud adoption, and prefer enterprise private cloud over public cloud. IDC analysts also say that nearly 80% of banks in the region will run on hybrid cloud architecture by 2018.

IDC Research: 80% of Banks in Asia Pacific will Adopt Hybrid Cloud by 2018

The fact that these institutions are still looking at hybrid cloud is, in itself, a clear indication that this segment is still in a state of early adoption. Cloud has evolved over the last several years, but there is still a lot more to be done to address the concerns of these large-scale enterprises. The recent outages experienced by Amazon and Microsoft, security challenges in cloud, data sovereignty issues, vendor lock-in and technology challenges to embrace multi-cloud are some of those hurdles that needs to be removed through innovation.

But we are confident that it will happen, and when it does, big companies with big dollars will start moving to the cloud in a torrent of adoption across various deployment models – private, hybrid and public. They already have, but only in small doses.

The IaaS segment was worth $22  billion dollars in 2016, and it is just getting warmed up. You can confidently expect all the top cloud vendors to keep cutting costs as they scale up, because if they do that, the economics will tilt favorably towards public cloud infrastructure, which will encourage the companies that are waiting in the wings – or prefer hybrid and private cloud – to take the public cloud plunge.

Show someone enough of a savings opportunity, and everything else gets upstaged. Of course, companies aren’t going to put themselves or their clients at risk by adoption unsafe practices just to save money, but the pressure on enterprise CEOs to cut costs will inevitably lead to decisions in favor of cloud. And that’s the explosive moment the industry is poised to experience.