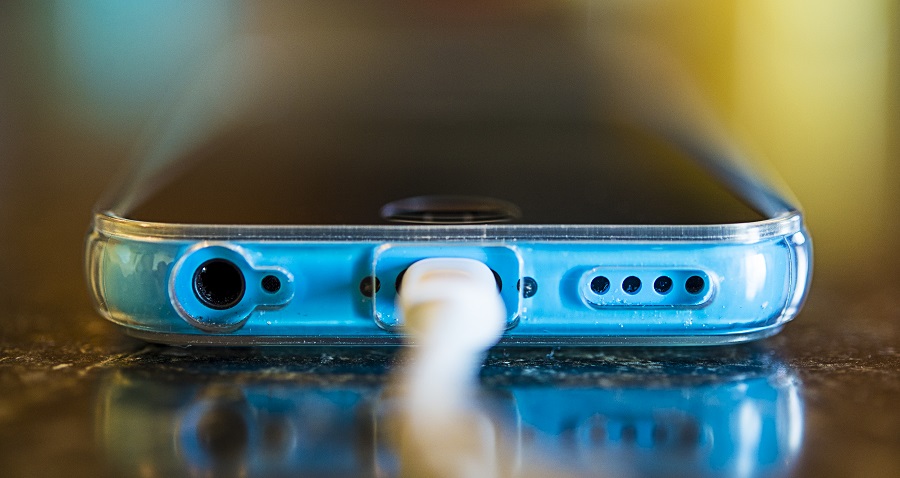 If you’re in the habit of charging your iPhone at night, make sure you don’t leave it on the bed. On March 22, 32-year-old Wiley Day of Huntsville, Ala., literally had the jolt of his life when a charging iPhone nearly caused him to be electrocuted.

The iPhone itself wasn’t the problem. Day had used an extension cord to the bed, and had then plugged in his iPhone charger into the extension. Everything was fine until the next morning, when he rolled over and his metal dog tag necklace caught the metal prongs of the charger head, which had somehow come loose during the night.

The next thing he knew, Day was on the floor hollering for help from his relatives, who slept on the other side of the home. When his adult niece came in, she saw smoke spewing from the extension cord and Day lying on the floor. He had somehow managed to yank the necklace off him, and survived the ordeal, but not before the conductive necklace had left its indelible impression around his neck.

“Day’s shirt was singed, with a small hole burned out. There were strips of skin and flesh missing where the metal chain had scorched his neck. And the pattern of the necklace was burned into parts of his hands where he had gripped the chain to try to tear it off.”

Day immediately rushed to his doctor and was subsequently admitted to a hospital to be treated for second- and third-degree burns to his hands and neck.

This should be a lesson to anyone who charges their phone on the bed at night. Electrical connections can be very unreliable, and it is never advisable to have your phone charging next to you while you’re asleep.

While there’s no concrete evidence that it is dangerous to use your phone while it’s charging, it should be a no-brainer not to have live electrical wires tangled up next to you in bed. Last year, a Malaysian woman was killed while speaking on her phone while it was charging.

Wiley Day was lucky that day because he was able to somehow pull off the necklace. You could call it a miracle because when that much current is passing through your body, you won’t have control over your muscles. Fortunately, he was thrown out of the bed, which disconnected him from the charger prongs but left the necklace superheated.

Please do not charge your iPhone or any electronic device in bed. If you must, place in on a bedside table to charge. And keep it away from anything metallic or flammable. Worst of all, beware of fake chargers sold online. All third-party sellers – and their products – are not genuine.

Finally, please read this safety advisory from ElectricalSafetyFirst. It’s from a few years ago when the iPhone 5 was just released, but it’s still very relevant in terms of charger and charging safety.