Facebook’s growth over the past several years has been so fast that a lot of us didn’t take notice of how things have moved inside Facebook. In the past five years, Facebook has kept breaking milestone after milestone, and continues its record-breaking spree. There is one crucial element in Facebook’s past growth that will help the company remain a top advertising destination in the future as well: Facebook’s growing share of mobile advertising revenue. 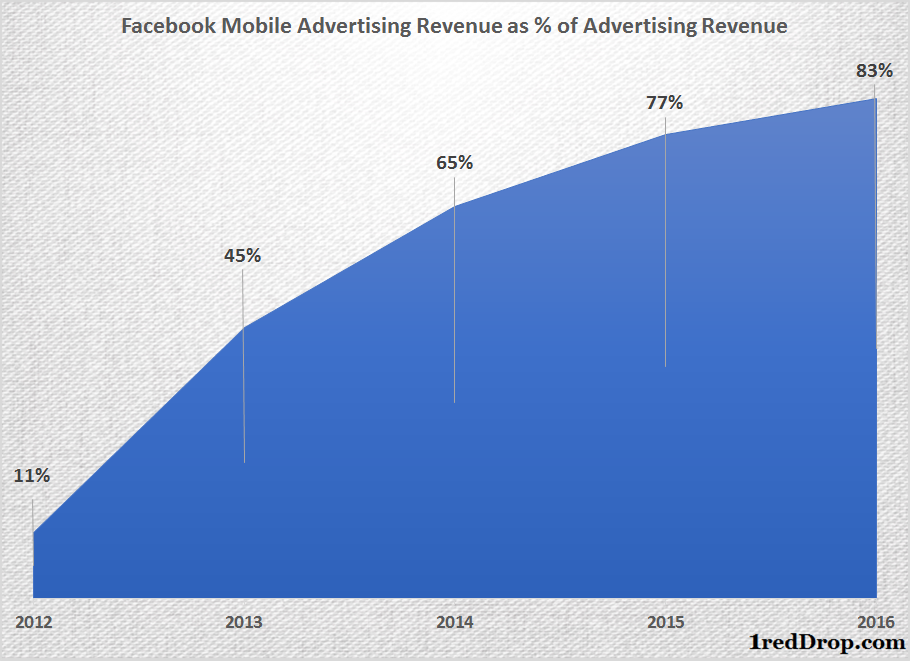 As Facebook marched from $5.09 billion in annual sales in 2012 to $27.64 billion in 2016, Facebook’s mobile advertising revenue as a percentage of their total ad revenue grew from a mere 11% to a mind-boggling 83%. With just 17% coming from non-mobile platforms, Facebook does not even have the incentive to work on anything that does not have ‘mobile’ in its name.

PC sales around the world have been declining for the past five years, and desktops have already been relegated to being used primarily in offices and other professional environments. Personal time now undoubtedly belongs to mobile devices. Companies like Microsoft have been talking about the Continuum strategy, where the difference between devices gets blurred by the ability to use a smartphone as a PC simply by connecting it to a monitor. Smartphones and tablets have effectively replaced PCs from our homes, and that appears to be an irreversible process. 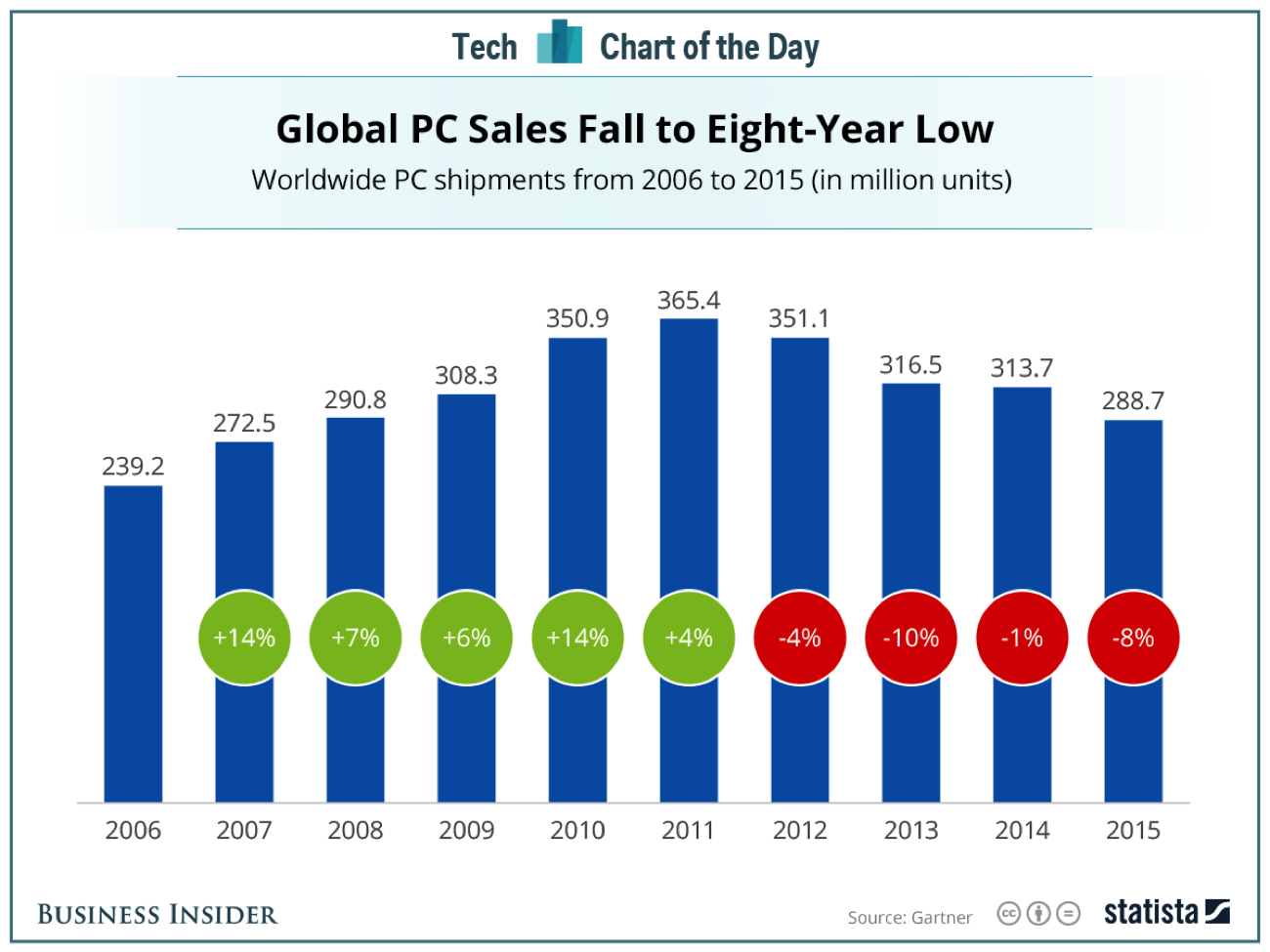 Even better for Facebook is the fact that there is still a lot more room for internet penetration in countries outside of the developed world. South Africa, China, India and many more countries around the world are yet to get even 50% of their population on the Internet. And when they do, it’s going to be on a smartphone – at least a major portion of it – because it is the cheapest way to literally put the Internet in people’s hands.

With a bulk of its dollars already coming from mobile devices, Facebook will prioritize its investments, concentrating on mobile platforms, which can only serve to strengthen the company in the future.