Home News Samsung Galaxy S8 with Snapdragon 835 is Blazing Fast, But Not Yet 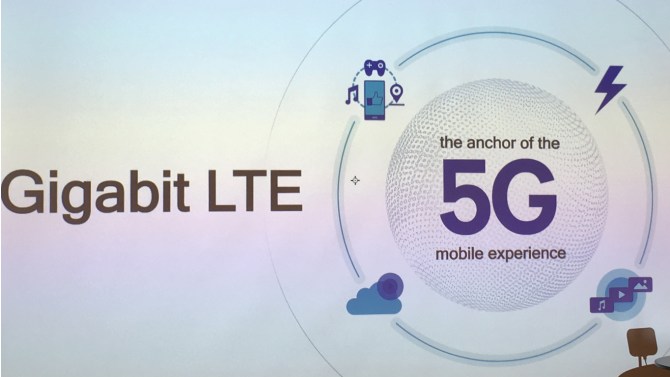 The Samsung Galaxy S8 that launched last week and ships out later this month has all the makings of a fantastic flagship phone. The massive screen in a not-so-massive body, the curved AMOLED display, the new iris recognition biometric feature and even Bixby promise a delightful experience, but one of the most significant features on the Galaxy S8 and S8+ can’t even be used right now. At least, not by most people who’ll get their phones this month.

Qualcomm’s Snapdragon 835 processor is the next generation in microprocessing for mobile phones, but the truth is, it’s a little ahead of its time. Though it supports Gigabit LTE, or the advanced version of the current 4G technology we use, carriers haven’t yet deployed this system on a large scale in the United States.

What is Gigabit LTE?

In short, it’s still the familiar 4G that we know and love, but it is more of a transitional technology that will make the move to 5G almost seamless. 5G is only rolling out en masse after a few years, and is currently in its testing phase. But Gigabit LTE is a lot closer, with companies like Telstra in Australia already achieving Gigabit speeds using a combination of techniques and technologies such as carrier aggregation, using more antennas, processing signals in a more sophisticated way and so on.

Essentially, most carriers in the United States are already 4G LTE capable, which means you can expect speeds that are pretty fast. Gigabit LTE, however, takes a giant leap forward, getting much closer to the “true” Gigabit experience that 5G eventually promises.

From a user’s perspective, Gigabit LTE networks can ably support process-intensive applications like VR and AR. You can download a full-length HD video in about 15 seconds, and it will also support new initiatives from Google such as Instant Apps on Android devices. Samsung Galaxy S8 can already support that kind of speed – the kind that lets you stream high-resolution videos as if they were installed directly on your device.

When is Gigabit LTE Actually Coming?

T-Mobile CEO John Legere promised that his network would be the first to move to Gigabit LTE, and this was during CES 2017 this January. Soon after the launch of Galaxy S8, T-Mobile boasted that their subscribers in almost 300 cities will soon be able to get blazing speeds that the Galaxy S8 was designed for.

Of course, Snapdragon 835 is not the only chip that can handle Gigabit LTE. Qualcomm’s dedicated cellular modems – Snapdragon X16 and the newer Snapdragon X20 – are also capable of handling such speeds. There is also the possibility that Apple may opt for the X16 cellular modem for this year’s flagship smartphone, iPhone Edition (iPhone 8 / iPhone X.)

In fact, the X16 Gigabit LTE Cellular Modem was the first of its kind in the world, and was showcased back in February of 2016. Almost a year later, in February 2017, Qualcomm hosted “The Gigabit LTE Experience” event in Sydney, Australia, along with partners Telstra, NETGEAR and Ericsson to showcase the world’s first device and network for Gigabit LTE.

During the event, a NETGEAR Nighthawk M1 mobile router was used on a live network set up by Telstra, and achieved a download speed of 930 Mbps and an upload speed of 127 Mbps. The Qualcomm 11ac Wi-Fi with 2×2 MIMO was designed to handle up to 20 devices simultaneously, and supported up to 24 hours of data flow because of its large battery. 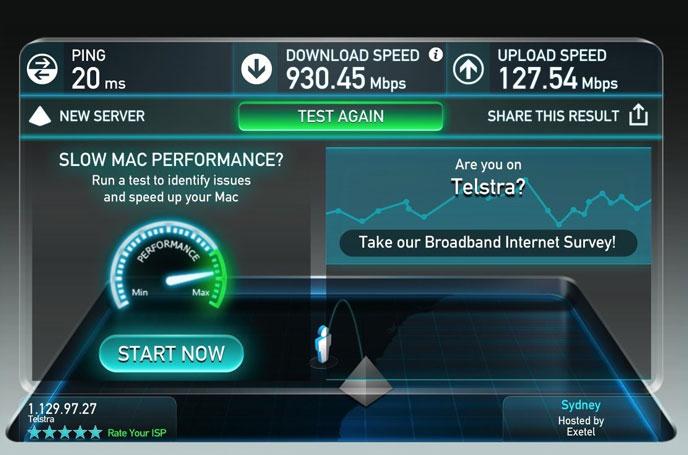 A very similar technology is coming to the United States this year, and if you buy a Samsung Galaxy S8 or S8+, you’ll probably be one of the first people in the country to experience the unbelievably fast speeds offered by Gigabit LTE technology. Soon after T-Mobile, Sprint, AT&T and Verizon are also expected to roll out their own versions of Gigabit LTE to their mobile subscribers.

If you’re on the fence about the Samsung Galaxy S8, this could be the biggest reason for you to buy one, not to mention the fastest. Unless you’d rather wait for iPhone Edition to come out later this year.