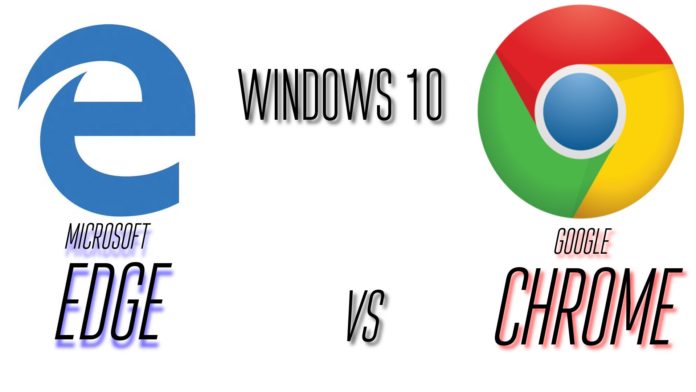 Google Chrome is a great browser, used by 58.64% of the world’s Internet population, but Microsoft doesn’t think it’s so hot. Their own Microsoft Edge, with a 5.61% market share, is being pushed as the superior browser, and they’ve got data to back up that claim.

The first accolade for Microsoft Edge that the company is promoting is that it is more secure, and safer for the user, to browse with Microsoft Edge. The data for that comes from NSS Labs 2016 Web Browser Security Comparative Reports.

What the analysis shows is that “Microsoft Edge blocks 9% more phishing sites and 13% more malware than Chrome.”

These currently being two of the most prevalent types of hacking attacks on individual users, Microsoft naturally wanted to highlight the security superiority of Edge over Google Chrome. Of course, these are now older versions of the browsers, with Google Chrome 57 being the current public version and Google Chrome 58 not too far away. These versions bring a slew of security enhancements that could well match what Microsoft Edge offers.

Edge is Faster than Google Chrome

The second point highlighted by Microsoft is that Edge is faster than Google Chrome, and this was tested on two benchmark platforms. This time, Edge was pitted against Google Chrome 54, and these were the results: 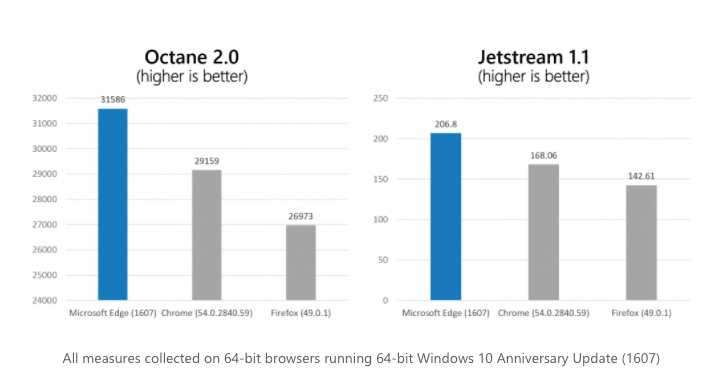 “Our experiment on a small sample of top-visited sites shows that these optimizations along with other smaller tweaks typically reduce about 4% to 10% of memory usage per page opened in Microsoft Edge, with cases where the savings reach over 20%.” – Microsoft

Edge is More Power-efficient and Resource-efficient than Google Chrome

The third set of tests was around power-efficiency and resource consumption, and Microsoft wins this round as well.

Even on the Anniversary Update, the Windows browser came out on top:

With Windows 10 Creators Update, which starts rolling out to the public on April 11, Microsoft has brought in several improvements to the Edge browser, like ePub support for reading eBooks from the Windows Store, advanced tab management, and 4K streaming directly from Netflix:

No recent benchmarking has been done with Microsoft Edge on Windows 10 Creators Update, as far as we can see, but it’s clear that Edge is getting more competitive. It’s a relatively young browser compared to Google Chrome, but it appears to be catching up fast.