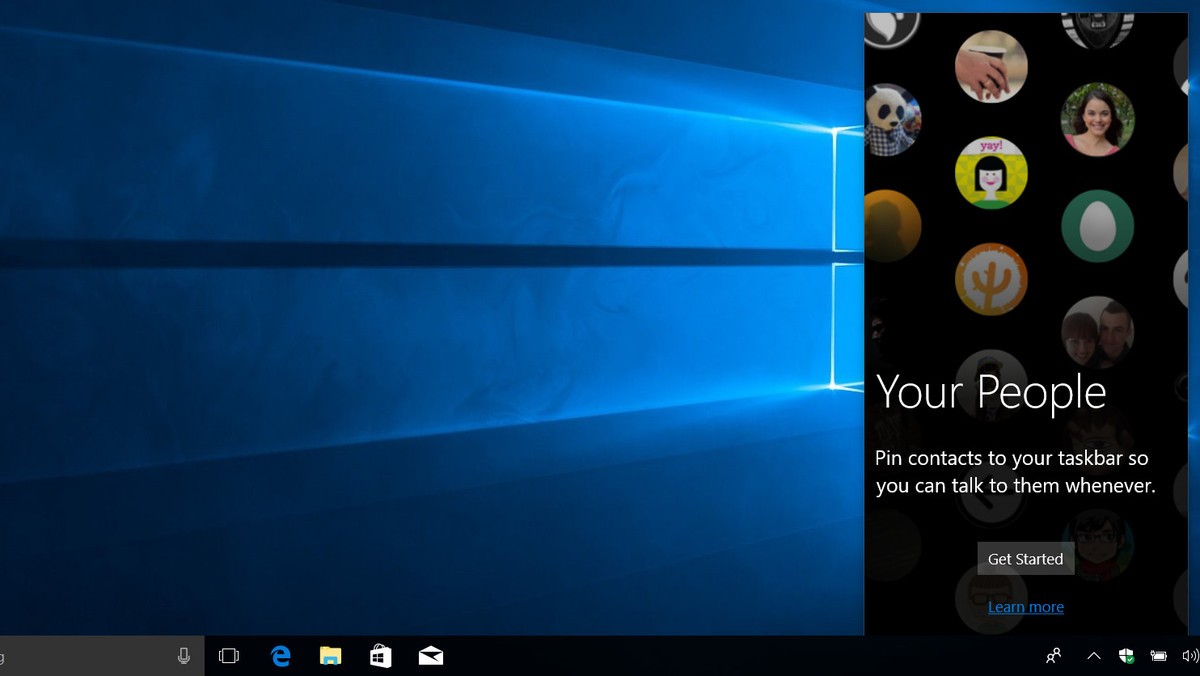 It’s called ‘My People’, and it’s coming on Microsoft’s Windows 10 Redstone 3 update, the major update coming later this year. This is the big one – the one that brings foundational design changes and the ability to work seamlessly on mobile devices as well as desktops. Or that’s what we hope, considering this is a crucial update for Microsoft’s Surface Phone, which has been experiencing several challenges on the road to production.

My People is a deceptively innocuous-looking feature at this point. The latest compiled builds of the Redstone 3 update are only just coming through, and right now My People has limited functionality. But what’s already there gives us a glimpse of what can be.

The feature was actually unveiled last year because Microsoft wanted to bring it in Windows 10 Creators Update, but due to time constraints, it had to be pushed to Redstone 3. Essentially, it gives you the ability to pin your contacts to the task bar, from where you can then communicate with them in a number of ways.

How Does the ‘My People’ Feature Work?

The setup is fairly simple. Hit ‘Get Started’ and you’ll see an Apps tab with social apps like Mail, Skype and Contacts. We hope there will be more integration with popular social apps in future as well, which is definitely a possibility since this is a very early build of Redstone 3.

You’ll then be shown all the contacts from the listed apps (as long as you’re signed into those apps on your Windows 10 device), where you can chose who to pin to the task bar. 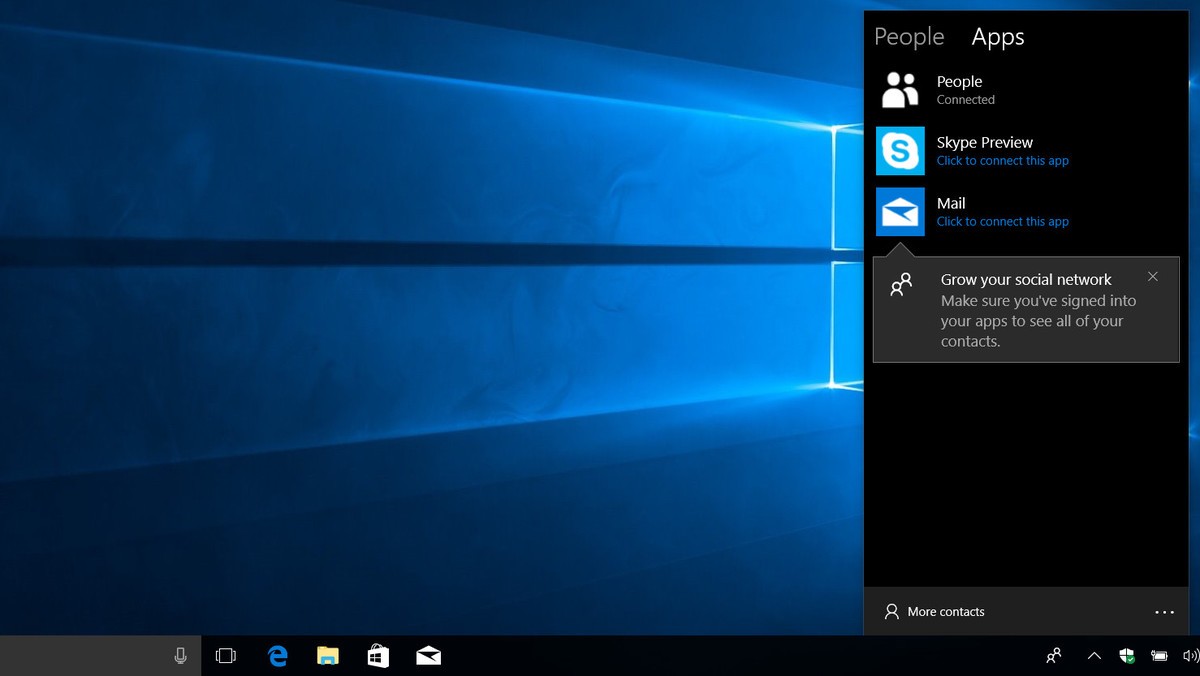 Pinned contacts can then be clicked on to open up a pane that shows you how you’re connected. You can compose messages from right within My People. This functionality is also limited at the moment, but Microsoft will definitely want to bring in the ability to interact with your contacts without leaving My People no matter what social app they’re connected to you on.

For example, we expect that if someone is a contact on WhatsApp, when you click on the WhatsApp icon in My People, it will open up a pane where you can start chatting with that person as if you were on WhatsApp’s web interface.

There’s still a long way to go before we see full functionality, but we’re confident that My People has tremendous potential. Nobody else has a cross-platform social application as a core offering within the desktop experience, since everything is moving to mobile anyway. And with Microsoft wanting to blur the lines between desktop and mobile, this will be the perfect bridge utility.

I’m not talking about social media management tools; I’m referring to a single platform that regular Joes like me can use to unify all of their chosen social media channels without having to keep switching apps – and all of that while I’m working on my Windows 10 device, whether that’s a desktop, a tablet or a smartphone.

There was a product called Uni Messenger showcased back in 2013 at TechCrunch Disrupt SF 2013, but it was shuttered the following year for lack of funding. There are also other products like Brewster, Cobook, Addappt and so on, but nothing robust enough to be truly useful.

It’s surprising that none of the tech majors has made a move in this direction, considering that social is a big part of online engagement. If My People is what we think it’s going to be, it’s going to be a revolutionary feature.

But it’s a massive, massive task, and social media platforms all have their individual API restrictions that Microsoft will have to work with, not to mention supporting an array of disparate features like ephemeral photos and videos that disappear in 24 hours, video calling, conference calling and a myriad others.

Microsoft does have some key advantages in that they own LinkedIn, Skype and Outlook, all of which they should be able to seamlessly integrate with the My People functionality in Windows 10. Even those alone would be great for starters. But if they can bring WhatsApp, Facebook, WeChat, Snapchat, Facebook Messenger and other big names into this product, they’ve got it made. Get Cortana fully integrated with My People and BAM – suddenly you’ve got a comprehensive social assistant you can use to send messages, upload media and share moments with across the world’s top social platforms.

Something like this would be super-ambitious, to say the least, but let’s see how far Microsoft can get with My People on Windows 10 Redstone 3. If they can successfully bring such a tool to Windows 10 desktops, then next stop: Surface Phone!

Thanks for reading our work! If you enjoyed it or found value, please share it using the social media share buttons on this page. If you have something to tell us, there’s a comments section right below, or you can contact@1redDrop.com us