Home Google Google Pixel 2 or 3 May Come with Curved OLED Screen Like... 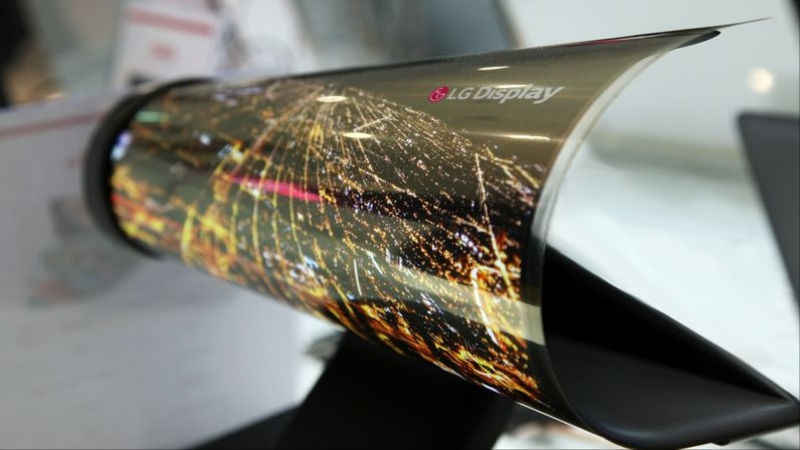 South Korea’s Electronic Times has reported that Google’s parent company, Alphabet, is offering LG Display Co. an investment of up to $880 million to ensure the smooth supply of flexible OLED panels that are used to make curved smartphone screens. One possible assumption is that one or all of the Google Pixel 2 lineup of 2017 flagship smartphones from Google may end up having a curved OLED display like the kind Apple intends to offer on iPhone 8. It’s also possible that OLED will only come with Google Pixel 3, and we’ll explore why that might be the case.

While it’s not surprising that Alphabet, Google’s parent company, has approached LG Display for the panels, it could put a spoke in Apple’s plans for next year. As of 2017, Samsung was the only company that could produce the volume and quality that Apple required, which meant players like LG Display and Sharp would only supply the panels for iPhones launched after 2017. Japan Display is the fourth OLED vendor, but it is still in the process of testing and refining its newest technology, called White OLED, and may only be ready to deploy its production line in 2018.

Now that Alphabet is on the hunt for OLED technology, things could take a different turn. And the dilemma that LG faces is a significant one. On the one hand, a future order from Apple would guarantee a certain sales volume. On the other, the strong demand that Google Pixel continues to enjoy highlights the fact that Google is as capable of making a great phone as Apple is, no matter how ugly it might be.

That being said, we might not see Google Pixel 2 come with a curved OLED display because of obvious constraints like time, production capacity and so on. While Google Pixel 2 may not sell as large volumes as iPhone 8 (LG’s current capacity might accommodate this), its predecessor’s popularity indicates that this year may see the sales of Google’s smartphone lineup closing the gap significantly with iPhone sales.

So, now, we have two scenarios:

First, if LG Display’s capacity for producing OLEDs matches Google Pixel 2 projected sales volumes, we may see the technology come on Google Pixel 2 this year. The probability is quite low, but it’s there.

The second scenario is that Google is reserving LG Display’s 2018 production capacity for itself by offering nearly $1 billion. That means we’ll only see it on next year’s Google Pixel 3 smartphones.

If LG accepts Google’s offer, it may also result in a clear demarcation of loyalties – Samsung siding with Apple and LG siding with Alphabet. Of course, LG can sign contracts with both Apple and Alphabet, but that will require a significant investment in production facilities.

As it stands, if this report holds any water, it will mean a major transition from LCD to OLED in the premium smartphone segment, with Samsung, Apple and Google all clamoring for whatever capacity the four largest OLED vendors can squeeze out.