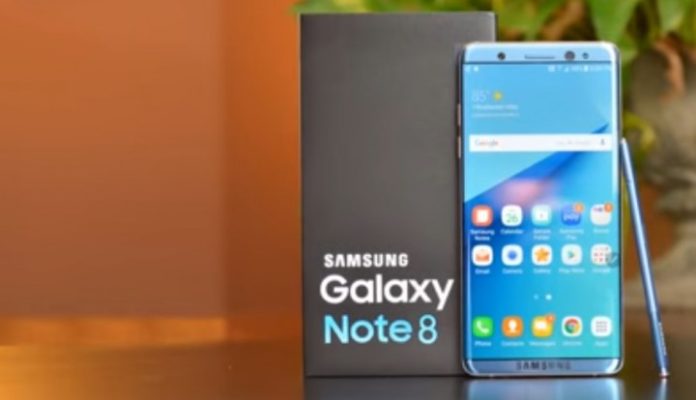 A new photo of a device reported to be Samsung’s next 2018 flagship device, the Galaxy Note 8, is now making the rounds. The device looks suspiciously like the Galaxy S8 Plus, however, leading to a possible conclusion that the image is likely a fake. 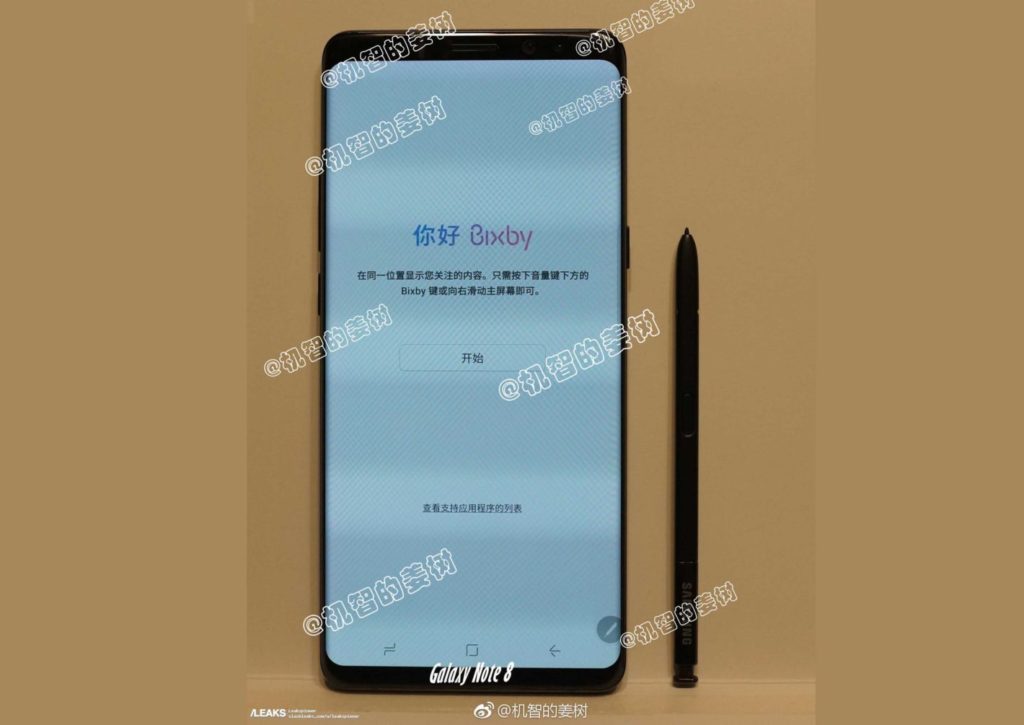 Although Samsung may be following a similar design approach to the upcoming Galaxy Note 8, it’s not likely that the company will create a redundant device with just a small increase in footprint.

An aspect ratio of 18.5:9 is what Samsung is leaning towards of late, but the phone in the image looks a little too much like the Galaxy S8+ to be believable, even if the S Pen does make the photo look a little bit more authentic. Bixby is also seen featured on the screen, and it is likely that there will be a dedicated button to launch Samsung’s own voice-based AI assistant on the real Galaxy Note 8 that’s coming later this year.

Meanwhile, reports have emerged that the South Korean electronics major is already developing the firmware that will go into the Galaxy Note 8.

Hardware-wise, the Note 8 is expected to follow in Galaxy S8 and S8 Plus’ footsteps, with some models sporting the new Snapdragon 835 and others with the Exynos 8895 SoCs. We also expect a 6GB RAM and a 256GB internal memory option on the Galaxy Note 8, which is set to launch in August 2017, just prior to Apple’s unveiling of the 10th anniversary iPhone, the iPhone 8.

More details should be forthcoming on the Galaxy Note 8, since there is no shortage of leaks in Samsung’s supply chain. Most of the key details about the Galaxy S8 were revealed much before the actual launch, and we expect the Galaxy Note 8 to follow a very similar pattern.

This year is a major milestone for smartphone makers, especially those in the premium segment. As reported earlier, there are nearly 10 different models from at least three premium brands: Apple, Samsung and Google. If Surface Phone joins the club this year then competition is going to get even stiffer.

Considering that the bulk of these models will come during the latter half of the third quarter, consumers are going to have a fit trying to figure out which premium device to purchase. Each of these brands does have a steady and loyal user base, but this time we may see large chunks of user base change loyalties and gravitate towards newer entrants like Google and, hopefully, Microsoft.