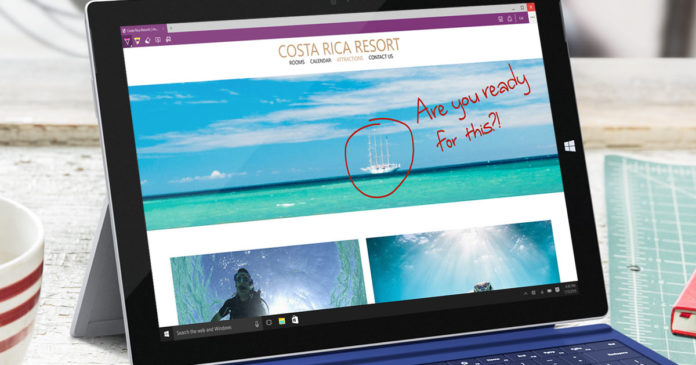 Some of the Microsoft Edge browser’s new features on the Windows 10 Creators Update are well known, like setting aside tabs or the ability to preview tab thumbnails to help you find the right one. But the best of Edge is actually buried deep within the browser’s interface – the engines under the hood of the interface, if you will. Along with the widely known features, Microsoft Edge brings several next-generation web experiences, some of which are actually still in experimental stages.

Like WebVR, for example. Developed by one of Google’s engineers, WebVR allows any website to become VR-friendly, as long as you have the right browser and a VR headset. Microsoft Edge on Windows 10 now supports this forward technology, which is still largely an experiment.

Another open technology that’s been incorporated into the Edge browser is WebRTC. Simply put, it allows browsers and mobile apps to support real-time video, audio and text communication. Again, this project is managed by Google’s Chromium team.

Web Authentication is something you will have heard of, but not seen. It is the technology standard behind Windows Hello being able to authenticate your login, and will form an important part of the future of biometrics and other user authentication technologies.

Web Payments is possibly self-explanatory, but it is once again a standard for online transactions, and the core objective of the Web Payments Working Group is “to make payments easier and more secure on the Web, by streamlining checkout.”

Web Assembly, dubbed wasm, is another open standard, a new binary format for web applications contributed to and managed by Google, Microsoft and Mozilla. Essentially, it’s a better and faster alternative to JavaScript that is now gaining support within the development community.

What Does This Mean for Windows 10 Users on Microsoft Edge?

The majority of these features, standards and capabilities are collaborative in nature, meaning it requires active input from several browser developers like Microsoft, Google and Mozilla to come together and implement. These are not proprietary applications or technologies. They are intended to make the user experience better, safer, faster and overall more enjoyable.

What’s interesting to note is that Microsoft is increasingly being open to collaborating on open projects, pardon the word play. The old Microsoft was a tightly sealed box – not unlike Apple’s ecosystem – that scoffed at open source developers and their innovations. Not anymore. The new Microsoft is now a platinum member of the Linux Foundation, possibly the biggest leap they’ve made since the days of Gates and Ballmer.

Thanks to current Microsoft CEO Satya Nadella, things are taking a different turn on all fronts. Microsoft is adopting new technologies and new standards, it is collaborating more with other companies, it is innovating like crazy and, most importantly, it is listening to its users.

These open standards and technologies are more naturally embraced by Google, but for a company like Microsoft to ‘step into the muck’ and get its hands and knees dirty would have been blasphemy 10-15 years ago. Or even five years ago, for that matter.

In the final analysis, what you see is what you get, and what we’ve gotten in Microsoft Edge with Windows 10 Creators Update is a browser that is more competitive against Google in several important areas such as performance, security, privacy, UI/UX, online payments, VR/AR support and so on.

Whether or not Microsoft Edge is better than Google Chrome is still debatable, but it’s undeniable that this tectonic shift in Microsoft’s attitude towards users has only done the company, its operating system and its browser a whole world of good. And that’s pretty much the defining theme whether you’re talking about Windows 10, Surface devices, Xbox consoles, Microsoft Edge, Office 365, Azure or anything else that’s been coming out of Microsoft’s foundries over the past few years.