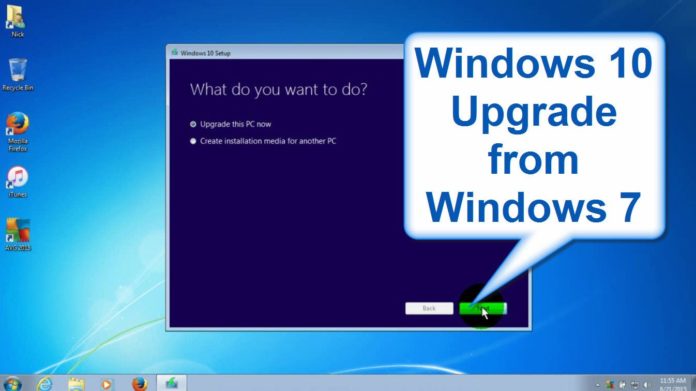 A lot of Windows 7 users have been resisting the move to Windows 10, but with the Windows 10 Creators Update now available to the public, there are fewer reasons than ever not to move to Microsoft’s latest operating system version.

Why Windows 10 Creators Update? Privacy and Security Enhanced, Plus a Ton of New Features

These three reasons should be enough to get anyone to move to Windows 10 Creators Update (CU).

Privacy controls have been re-organized and enhanced to give users a lot more control than before over what data gets sent to Microsoft from PCs running CU. The layout has been simplified and, depending on how much data you want shared, there are Basic and Full options that can be further tweaked.

From a security viewpoint there’s no doubt that Windows 10 is far better than any other operating system that Microsoft has created before this. Security is ever-evolving, and latest software invariably has enhancements over previous versions. Windows 10 is no different. The Windows Defender Security Center is a new feature that lets you have a snapshot of your device’s security posture at any given point in time.

Moreover, Windows Hello brings in a new type of access authentication that uses a combination of biometric features to make your device more secure. You might need to invest in additional hardware such as a fingerprint reader, illuminated IR sensor, etc., but it’s worth the few extra bucks.

Now for the Upgrade to Windows 10 Creators Update

As far as we know, unless you buy a full Windows 10 license, there’s only one other way to get an upgrade. And it’s free, as long as you have a licensed copy of Windows 7 (SP1) or Windows 8.1. Also, this upgrade option is not for Pro versions.

First, you need to get on Anniversary Update, which was the version prior to CU. To do that, you can upgrade for free from Microsoft’s assistive technologies webpage.

In case you’re wondering about the ethics of using this method, DON’T. Microsoft has made it abundantly clear that it does not care what type of assistive technologies you use, or intend to use. In fact, they have categorically stated that even users of keyboard shortcuts (like copy-paste, cut-paste, etc.) are allowed to use this free upgrade method.

Once you’ve done the upgrade to the Anniversary Update, you should be able to check for further updates within your settings, where you can then download and install Windows 10 Creators Update on your system using Update Assistant for Windows 10. The system may allow you to directly upgrade to CU, but we were unable to confirm that because all our machines were moved to Windows 10 last year.

Another way to do this is to do a clean install of CU using an ISO file (disc image) from Microsoft, which you can get at the link below:

And that’s basically it. Once you’re on Windows 10, you can enjoy all the new features it brings – Augmented Reality (AR), 3D Paint, Beam livestreaming of games, Game Mode for serious game enhancement, improvements to Microsoft Edge, enhanced Cortana capabilities and much more.


Thanks for reading our work! If you enjoyed it or found value, please share it using the social media share buttons on this page. If you have something to tell us, there’s a comments section right below, or you can contact@1redDrop.com us.