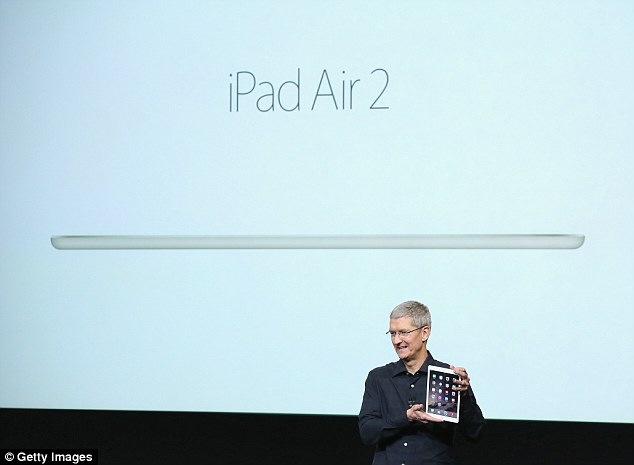 The iPad 4 was arguably one of the worst iPads ever made – well, if you don’t count the iPad 3, that is. Ask anyone who’s owned at least 3 iPads including iPad 4 and you’ll find out.

But that’s not the question here. Where’s the logic in replacing an old device with another old device that has also been continued?

If you take a look at the launch timelines of both devices, it starts to make a little more sense.

As for discontinuation, iPad 4 went the way of obsolescence on October 22, 2013, when iPad Air was launched. iPad Air 2 was discontinued very recently, on March 21, 2017.

Now, Apple typically supports devices for up to 5 years after the model is discontinued, which means iPad 4 is still supported. So why are they offering iPad Air 2 as a replacement while support is still ongoing for the older iPad 4?

The answer to that is ‘inventory.’ Apple has limited inventory of iPad 4 for replacement and, therefore, is offering an upgrade (iPad Air 2) if your iPad 4 is beyond repair.

That’s the only thing Apple can do at this point, and it’s not unusual. What would have been unusual is if there were offering an iPad Pro to replace your iPad 4. That wouldn’t make business sense because there’s still demand for the iPad Pro in the market. If they use up iPad Pro inventory to replace older models, they’d lose quite a bit of money in the process.

Conversely, just because they’re offering a better, more expensive model as a replacement for a cheaper, older one, it doesn’t mean they’re being charitable, either.

Pondering on Apple and Profitability

Now, some might feel that Apple CEO Tim Cook is too focused on profitability, but that’s basically his job. He’s not Steve Jobs, and he doesn’t have to be. In fact, it’s fantastic that he’s not trying to be.

Apple is a very different company now than it was ten years ago. They didn’t have the huge burden of being the most valuable company in the world. The company that Tim Cook now handles is a much, much bigger ship. And to keep that ship afloat and steaming ahead of the competition, certain business decisions have to be made. Apple has already seen a dip in device sales (2016) and has recently lost its ‘most valuable company’ tag to Alphabet, Google’s parent company, so they have to alter their strategy on several fronts to counter those negative events.

Apple has to be about profitability now as much as it is about innovation and customer delight. The latter two are inherently woven into Apple’s DNA, but profitability must be kept at the forefront at the end of the day.

As Apple moves into areas other than devices – such as services like Apple Pay and Apple Music – it has to keep that profitability element carefully balanced with growth, innovation and other factors. If that means an iPhone 8 starting price of $1,000 or replacing iPads with the cheapest option possible, that’s what the company will do.

Companies Exist to Turn a Profit. Deal With It!

I truly don’t understand why people complain that companies are out to make money. Of course, they are. That’s why they’re registered as “for profit” entities rather than “not for profit.”

But do we all understand that concept? Sadly, most of us do not.

The biggest problem here is one of entitlement. Consumer are so used to getting stuff for “free” (which is not actually free by any measure, by the way) that they’ve come to expect more and more.

Take Amazon, for example. It is cleverly exploiting this consumer mindset and piling on the goodies for Amazon Prime memberships. Do you think they’re being charitable in offering hundreds of dollars worth of services for a measly $99 a year?

But even if you grudgingly accept that every company is in business to make money, it’s not like they can overcharge for everything and continue to get away with it for years. At the risk of attracting ire from Apple haters, I will go even as far as to say that Apple products are not expensive. They offer as much ‘perceived value’ for money as any seller of cheap Android devices. And this perceived value is the only thing that matters in the eyes of the consumer. Otherwise, Apple would have stopped selling iPhones long ago for lack of demand. Or, they would have cut prices to attract more customers.

Similarly, a BMW is no more “expensive” than a Toyota Prius, because you basically get what you pay for. It is more “high priced” or “costly”, but not more expensive in terms of the value you receive. In fact, a BMW will probably give you more value over a longer period of time than a Prius would.

Why do we pay thousands of dollars for diamonds? Are they truly useful in any way? Can you eat them if you’re starving on a desert island? Can you drink it or clothe yourself with it? No, the perceived value and desirability that has been generated around them because of their rareness is what makes us unhesitatingly pay huge sums of money for boring, colorless rocks that are oh-so-shiny in the right kind of light. Are we all 5 years old?

And that’s the hard reality of the business-consumer relationship – as hard as a diamond, in fact: No business can remain ‘in business’ for very long unless there are consumers who feel that the majority of transactions they engage in with that company is considered ‘fair’ and that they are getting ‘value’ for the money they spend. If value is high, then price can follow, allowing for better margins and greater profitability. If that were not true, Apple could never have seen a record-breaking quarter after iPhone 7 was launched, as “un-innovative” as it was.

Understanding that is not difficult, but accepting that is easier said than done.

As consumers, we are stupid. People are smart, but consumers are not, sadly. How may times have I run after what looked like a ‘too good to be true’ deal and found out later than it was, in fact, too good to be true? I forget – that’s how many times it’s happened. And I pride myself on being smarter than the average sponge growing on the ocean floor.

iOS 11 is Decidedly Enterprise-friendly, Antithetic to Steve Jobs’ Vision Or No?