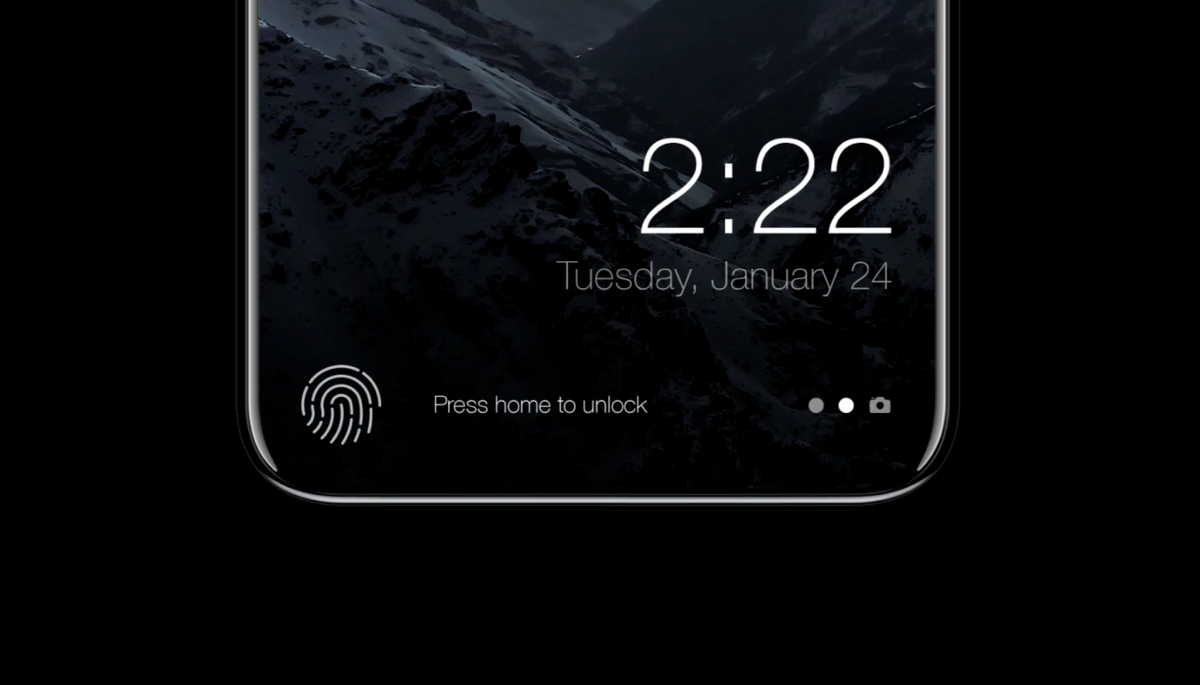 Will the technological challenge of a display-embedded Touch ID stop Apple from releasing the iPhone 8 on time this year? That’s what analysts seem to think. Andy Hargreaves, equity research analyst at Pacific Crest Securities, says that if the smartphone giant cannot resolve the problem within a month or so, it may have to drop Touch ID altogether on this model, and depend on other biometric features like 3D sensing facial recognition.

That’s almost out of the question. Touch ID is an essential part of Apple Pay functionality. One of the biggest draws for Apple’s mobile wallet is that it can be used to authorize payments without the need of a credit card to hand. And that requires a strong biometric authentication system like Touch ID. But even Hargreaves admits that the more likely outcome would be a delayed release of iPhone 8 in order to give Apple more time to resolve whatever issues they’re facing.

A research note from Hargreaves says:

“Likely options for Apple include a delay of production or elimination of fingerprint sensing on the OLED iPhone. We believe Apple continues to work on solving its optical fingerprint issues. If it’s able to solve the problems in the next month or so, it would likely place volume orders at that point. This would likely lead to a delay of the OLED iPhone launch, but we would not expect it to meaningfully affect volume for the cycle. If it’s not able to fix the problems in that time frame, Apple may be forced to eliminate fingerprint sensing from the OLED iPhone altogether.”

Clearly, eliminating fingerprint sensing is a last resort, but it is highly unlikely that Apple would sacrifice such a crucial feature in order to meet a deadline. Apple has two other iPhone models coming out this year – iPhone 7s and iPhone 7s Plus – that they could use to ‘pacify the millions’ with a staggered rollout, until the flagship iPhone is fully fitted and ready to roll out.

The other option, as suggested by Cowen and Company analyst Timothy Arcuri, is that Apple could follow suit on Samsung and put the sensor at the back of the phone. Oh my Lord, could Apple be thinking of using a technology that its rival already has? Hmm.

If Apple does decide to drop Touch ID for whatever reason, then it’s up to 3D sensing to carry that burden for Apple Pay. But is it reliable? Arcuri’s reply:

“Suppliers suggest that the solution is both fast and highly reliable, even in low-light scenarios or from odd angles. If this proves accurate, reliance solely on 3D sensing for biometric login and verification could be a viable and innovative replacement for the highly popular fingerprint sensor.”

So that might solve the problem, but 3D sensing, though accurate, is hardly infallible. “Highly reliable” is not the same as 100 percent accurate. What about an evil twin who steals your device and then goes crazy shopping online? Or the fact that the model used for 3D sensing – the original photo/scan of your facial features that the sensors use to recognize you – could fail because you grew a beard or had a facelift done or something else?

3D sensing technology is far from fail-proof, and if your Apple Pay account is going to be authenticated by a technology that’s even only 90 percent accurate, that leaves you open to risk.

Meanwhile, Apple’s optical fingerprint module provider hasn’t received a volume production order yet for the fingerprint sensor, per Hargreaves, which means there is some sort of hold-up. Bad news for Apple Pay.

How will this turn out? Hopefully, not with a fingerprint ID sensor on the back of the phone like the Samsung Galaxy S8. That would be the worst parody of Apple’s skill for “innovation” ever.