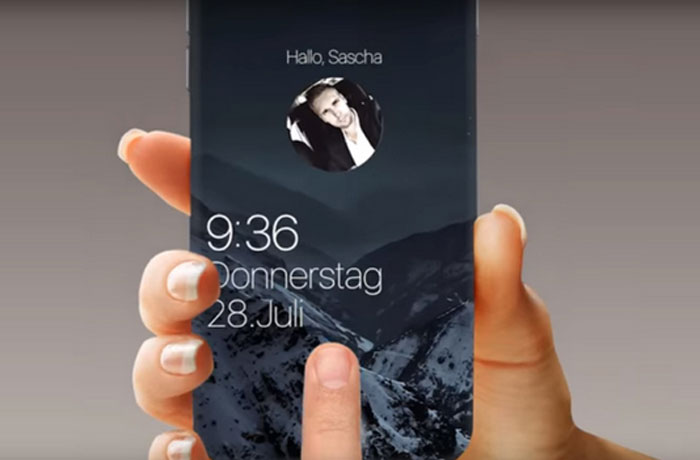 If the newly leaked schematics are anything to go by, Apple could be taking a very different direction with the 2017 iPhone 8, also rumored to be called iPhone Edition – a really, horribly ugly one.

The schematic was shared by serial leaker Sonny Dickson, who has revealed iPhone features in the past before the devices were out, and clearly shows design changes from previous models, including the recent iPhone 7 and iPhone 7 Plus.

iPhone 8 looks to be taking a new direction pic.twitter.com/mG19bcDYiC

The schematic of the rear panel purported to be that of the new iPhone 8 coming out later this year shows a hole right under the Apple logo. If that’s what we think it might be, then iPhone users are in for a horrible, ugly surprise that Samsung Galaxy S8 owners are familiar with – a fingerprint sensor.

While there’s no further validation of this leak other than the fact that Sonny Dickson has sometimes been accurate, the rumor is in line with others from Apple’s leaky supply chain that embedding the fingerprint sensor in the display panel could be causing a massive bottle neck in the iPhone Edition’s production schedule.

If that’s true, then Apple could be simultaneously working on a solution and getting an alternative ready so the production timeline isn’t affected too much.

Another design change that the schematic shows is a vertically arranged dual camera, which is a complete change from the iPhone 7 Plus and its horizontally arranged dual lens system. the iPhone 7 Plus has a highly rated dual camera system and, unless this is a necessary design change to accommodate a different internal component layout, Apple could be end up delivering an even better dual camera experience with the vertical alignment.

Dickson also suggests that the front panel – not seen in the schematic – could cover almost the entire front of the phone, which means a non-existent or very minimal bezel. We’ve known for some time that this could be a possibility, which was one of the reasons the fingerprint sensor had to be embedded into the screen.

If that’s not possible, then Apple is likely to put the sensor at the back, just like the Galaxy S8, which can be quite inconvenient because you’d end up leaving fingerprints all over your camera lens – at least until you got used to it. However, the placement of the sensor on iPhone 8 could solve that problem – not that it will make it any prettier, mind you. if the phone has a seamless front panel, the back panel with the extra fingerprint sensor could look quite incongruent.

Like that gorgeous woman with luscious hair and a flawless figure that you spotted sitting alone at the bar, but when she turned around you had a flash of your buck-toothed, cross-eyed Grandma Mae!

As with any rumor, there’s no guarantee that this is even the same panel that’s going into production. Apple may well solve the fingerprint sensor problem ahead of production, or they might make the sensor more esthetically appealing that the one on the Samsung Galaxy S8, going by their design skills on products released so far.

Either way, a fingerprint sensor will be absolutely essential to the success of Apple Pay, which requires Touch ID authentication. As discussed in an earlier article, 3D sensing technology is not infallible, and will not be the right technology for something as sensitive as user authentication for payments.