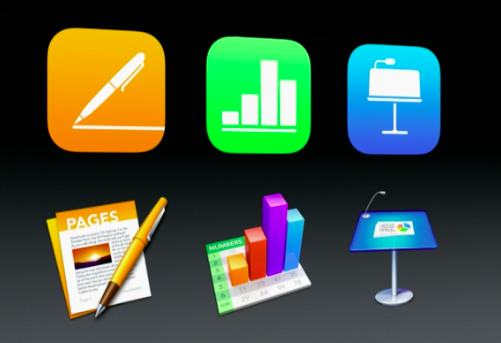 In a move that brings more consistency to Mac and iOS devices users around the world, Apple has made several of its in-house apps – specifically, iWork and iLife apps – free to all users of iOS and macOS devices, and they include iMovie, Numbers, Keynote, Pages and GarageBand. Though these apps have been free since 2013, they only applied to users who bought new iOS or macOS devices. Now, they’re free for everyone.

The fine print on the iWork webpage is not yet updated with the new information, and it continues to say that customers will only be able to download Pages, Numbers and Keynote after purchasing an Apple device eligible for the downloads.

Pages for iOS, Numbers for iOS and Keynote for iOS are free on the App Store for qualifying iOS 10-compatible devices with initial activation on or after 1 September 2013. Downloading apps requires an Apple ID.

Pages for Mac, Numbers for Mac and Keynote for Mac are free on the Mac App Store for qualifying Mac computers purchased on or after 1 October 2013. macOS Sierra is required. Downloading apps requires an Apple ID.

If you bought a device after 2013 you probably have access to these apps already, but users of older devices are now eligible as well.

According to Apple, businesses and educational institutions can get free managed distribution copies for all these apps as long as they are enrolled on the Volume Purchase Program (VPP). They will then be able to use the Apple Configurator or other mobile device management tools to assign these apps to individual devices.

As we mentioned, this brings a lot more consistently into the app experience because it no longer makes a distinction between a newly bought device and an older one. This is something Apple should have done long ago. Not that these apps are going to suddenly become more popular than the Microsoft equivalent – MS Office – but users of older devices could have felt that they weren’t getting a fair deal.