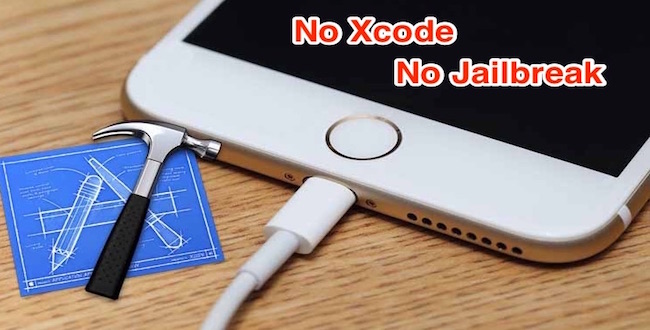 Every other day there’s “breaking” news about yet another possible iOS 10.3 jailbreak, but along with genuine reports from sources like Redmond Pie are a flurry of fake and even potentially dangerous websites vying for your attention.

I say to heck with iOS 10.3 jailbreak attempts!

Until there’s something tangible that’s been tested and certified stable by a reputed iOS hacker – umm, sorry, I meant security researcher – no iOS 10.3 jailbreak is going to get a shot at destroying my iPhone or iPad.

On the other hand, the art of sideloading tweaked apps is now becoming more popular as Apple starts to close doors to jailbreak attempts using features like APFS and other security enhancements.

I’m not saying that jailbreaking is a dying art; I’m just saying that it’s headed back into the days of hide-and-seek, where only the folks with development skills and a bunch of time on their hands – because that’s where they make their money – are able to handle the slippery terrain of cracking the iOS code and playing around in the treacherous iOS landscape.

That said, there are dozens upon dozens of tweaked apps that you won’t find on Apple’s App Store, but still available to sideload on to your iPhone or iPad without the need for an iOS 10.3 jailbreak.

If you’re on earlier versions of iOS, you still have the option to jailbreak your device before tweaking your themes, adding “forbidden” apps and generally customizing your device to your tastes.

But iOS 10.3 device users don’t have that luxury, and the options are dwindling by the day.

We have covered and will continue to cover the sideload process, which has been made effortless with tools like Cydia Impactor.

Thanks to the work of software developer and entrepreneur Jay Freeman, aka Saurik, millions of people on iOS 10.3 (more than 79% of the entire iOS installed base, in fact) can have access to all the tweaked apps they can handle.

We’ve covered how to sideload several other apps as well, including Pokemon Go, Kodi 17.1, iCleaner Pro and others. View them all here.

Over the next several weeks we’ll be showing you how to sideload some of the most used tweaked apps in the world, and NONE of them are on the App Store.

So, stop worrying about the iOS 10.3 jailbreak scenario and start thinking about all the delicious apps you can install on your iPhone or iPad without Apple’s permission!