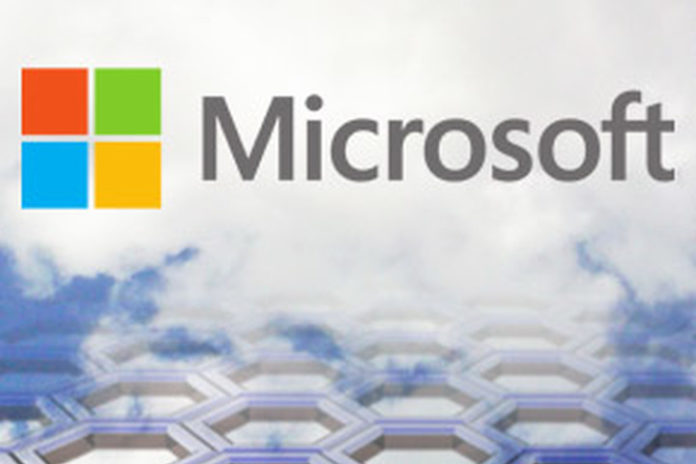 Microsoft will be reporting its third quarter 2017 earnings on April 27th after market close. The company has been on a cloud roll over the past several quarters, so investors should be looking for clues to their future growth. Here is a list of five critical metrics to watch:

The real force behind the new-found momentum is that Microsoft’s revenues from its Productivity and Business Processes segment and Intelligent Cloud segment grew 10% and 8% during the second quarter, respectively, which was good enough to cover the 5% decline the company faced from the More Personal Computing segment.

The questions for the third quarter will be: one, how fast can the Productivity and Intelligent cloud segments grow; and two, will the More Personal Computing segment that is home to Windows revenues be able to at least hold its ground?

Things are not so great in the PC world as sales around the world continue to decline, and it can really make or break the company’s More Personal Computing segment. 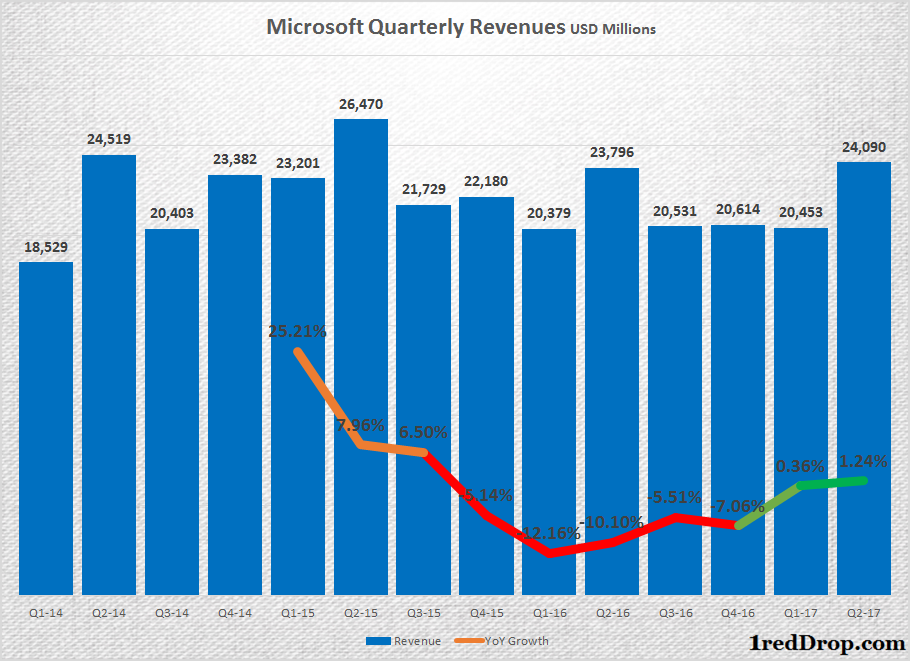 Wall Street is expecting Microsoft to post earnings per share of 70 cents with revenues of $23.62 billion. Microsoft reported $22.07 billion (non-GAAP) in revenues during the third quarter last year, which means if Microsoft gets even close to the consensus estimate of $23.62 (non-GAAP) billion, it would be a near 7% growth for the company, signaling that the the big Redmond ship’s turnaround is finally over.

3. Can Azure get back to triple-digit growth?

Microsoft Azure, the company’s Infrastructure as a Service offering, has been growing at triple-digit speeds for the past several quarters, but slipped to 93% during the second quarter. With all the cloud service providers enjoying great momentum, Azure does have a chance to get its head back above 100%. If it comes in lower than 93%, it would mean that Azure has grown more mature, and has possibly reached the next phase of its growth story.

Microsoft’s annualized commercial cloud revenue run rate, the sum of all their cloud revenues for the last month of the quarter multiplied by 12, exceeded $14 billion during the second quarter. Considering the rate at which Office 365 and Microsoft Azure have been growing Microsoft should be posting double-digit expansion on this front as well.

5. Can Office Commercial keep up its momentum?

Microsoft’s lead SaaS application, Office 365, has been notching up client after client in recent months. With more than 85 million monthly active users under its belt, it quite possibly boasts the biggest SaaS application user base in the world. Microsoft has been experiencing strong expansion of Office 365 commercial revenues, but competition is slowly getting its act together. In the face of this, can the company still keep up its eye-popping growth numbers for Office 365?

As you can see, the primary focus should be on the company’s forward-looking businesses. We do need to keep an eye on More Personal Computing, but only to the extent that a sudden drop in segment revenues could rock the boat that Microsoft CEO Satya Nadella is trying so hard to steady. If that doesn’t happen, and the other metrics keep exhibiting healthy vital signs, the Windows maker will finally be clear of treacherous waters and out in the open ocean, steaming away to a solid future of sustainable growth.