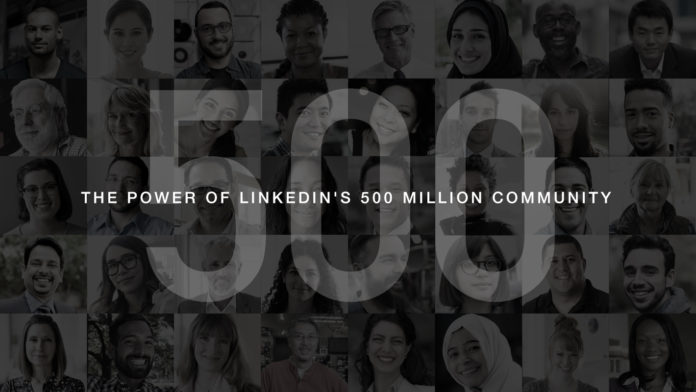 In many ways, LinkedIn still looks at itself primarily as a unique type of job portal, which is clear from the way they highlight staffing and recruiting as the most connected industry on the platform, and HR as the most connected job function. But that’s not what Microsoft has in mind at all.

In an article this Monday, we highlighted some of the Dynamics 365 tools and integrations with LinkedIn that would allow B2B sales teams to leverage the connections that their organization’s employees have on the professional network. That is the direction that Microsoft wants to take with LinkedIn.

The growth of LinkedIn’s user base – from eleven months ago when Microsoft completed the acquisition, to this milestone day when it crosses 500 million users – is a strong indicator that Microsoft made the right decision.

The global CRM market continues to grow in double-digit percentages, but the total size is only a few billion more than what Microsoft paid for LinkedIn, even though Gartner’s revised forecast says it will hit $36 billion this year. Can Microsoft make enough of a return on their investment to justify the acquisition? And how long might that take?

Right now, Microsoft’s marketshare in CRM is less than 10 percent, while the market leader, Salesforce, sits pretty at more than twice that.

Over the next five years, if Microsoft is able to double its share of the global CRM market with the power of LinkedIn integrations in the B2B segment, that could translate to more than $5 billion a year from one product – Dynamics 365.

That’s not too shabby. Now, while it might appear that recovering $26 billion could take them several years, let’s not forget that this is ongoing income for them. But most of all, Dynamics 365 isn’t the only product that is going to benefit from being integrated with LinkedIn. Microsoft has a host of cloud services that can be easily infused into the LinkedIn platform to give its users everything they need for their businesses.

As such, there’s really no question about whether or not buying LinkedIn was a smart move, and whether or not the company can justify the acquisition from a top line and bottom line perspective. The only question is, how long will it take for Microsoft to set up these additional revenue boosters to their existing enterprise product lineup?

And, judging by the speed at which Microsoft is moving on the SaaS front and other key growth areas, I’d hazard to guess that it won’t take more than two to three years for Microsoft CEO Satya Nadella to fully leverage the acquisition, tying it in to several key SaaS products and platforms owned by Microsoft and creating strong and sustainable revenue streams that will ably support the new Microsoft of the ‘cloud first, mobile first’ philosophy.