Twitter roared back to life as the company announced during the first quarter earnings call that it had added 3 million monthly active users in the United States. The monthly active user base in its home country remained static at 67 million during the third and fourth quarters of 2016, and it looks like some of the efforts Twitter took to improve engagement have finally started to pay off. 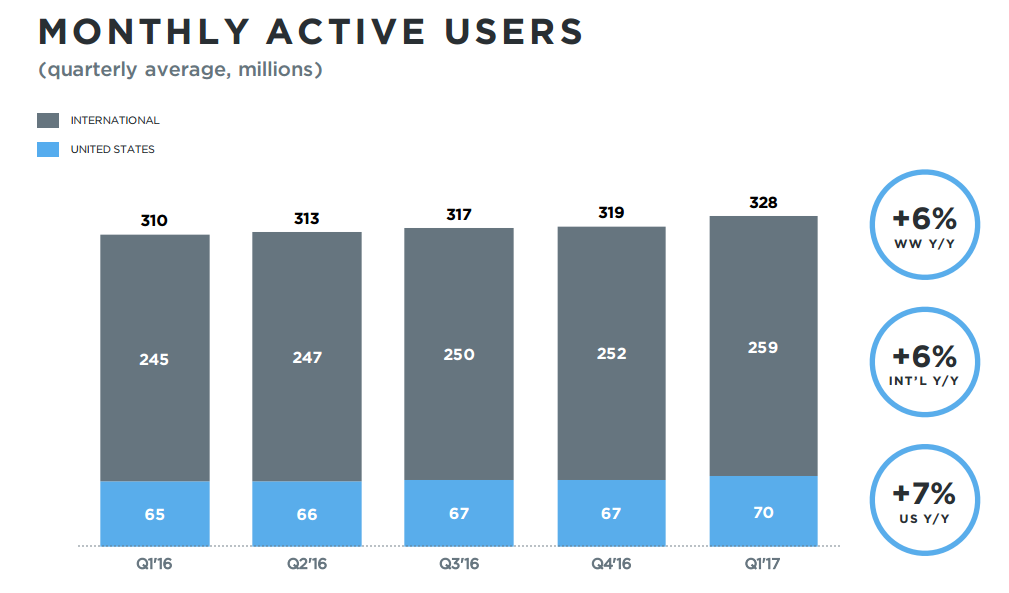 In a letter to shareholders, Twitter’s management wrote:

“In Q1, we further refined the timeline to display a broader set of Tweets from a person’s network and applied deep learning models to show the most relevant Tweets first.

We also continued to use other machine learning techniques to improve the relevance of notifications, which increased engagement and brought people back to Twitter.

These changes improved retention across both MAU and DAU.

In addition, in late March we introduced an update that makes it easier for people to follow conversations and replies on Twitter.”

As a social media company, the network effect is your friend, but it can also turn into your worst enemy. The way Twitter got stuck at 67 million users in the United States – a country were Netflix is already near 50 million users and there are more than 200 million smartphone users – was not at all good news. It was the clearest sign that new users were not coming in, which meant there was no network effect anymore. And once that number starts going South, it becomes an avalanche under which are buried other greats from the past.

But, thankfully, Twitter turned it around during the first quarter, adding three million monthly active users in the country. Otherwise, it might have started its journey to becoming one of these: