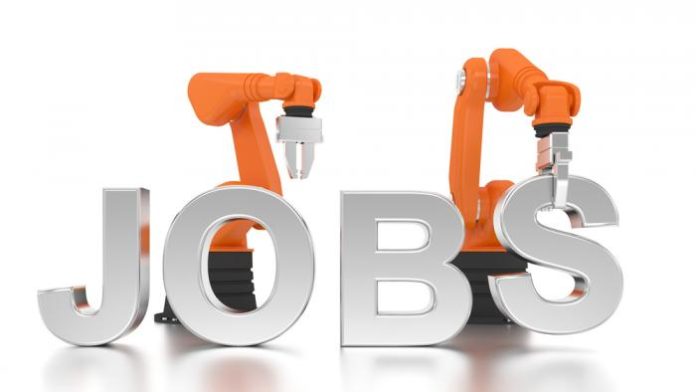 Artificial Intelligence is a curse and a blessing, depending on what angle you look at it from. On the one hand, the technology firepower AI brings to the table can be extremely useful, like powering our virtual assistants, smart cars, smart homes and so on; but on the other hand, the evolving nature of AI could keep eating into our jobs in a big way.

According to Kai-Fu Lee, a venture capitalist, and one of the very few tech minds who has the distinction of working at all three major tech companies – Apple, Microsoft and Google – robots are likely to replace 50% of all jobs in the next decade.

Artificial intelligence (AI) is the wave of the future, the influential technologist told CNBC, calling it the “singular thing that will be larger than all of human tech revolutions added together, including electricity, industrial revolution, internet, mobile internet — because AI is pervasive.”

He also added that AI will create a huge amount of wealth for mankind, and wipe out poverty in the process.

AI will, of course, improve a lot of things that we do. Greater efficiency translates to reduced time and cost. That’s the reason why most tech companies are chasing their AI dreams. But no one knows for sure how it’s going to evolve in the future.

So much so, in fact, that one of the brightest tech minds of our time, Elon Musk, says that he is in the AI business because he wants to keep tabs on the industry and do his part so that it doesn’t ruin our future.

Elon Musk told Bloomberg’s Ashlee Vance, the author of the biography Elon Musk, that he was afraid that his friend Larry Page, a co-founder of Google and now the C.E.O. of its parent company, Alphabet, could have perfectly good intentions but still “produce something evil by accident”—including, possibly, “a fleet of artificial intelligence-enhanced robots capable of destroying mankind.”

On more than one occasion, Musk as voiced his fears about where AI might eventually take us.

“I think we should be very careful about artificial intelligence. If I had to guess at what our biggest existential threat is, it’s probably that. So we need to be very careful” – Elon Musk

The immediate threat from AI, however, is to jobs, and customer support is one area where it is already taking bites out of.

Tech companies are building bots to offer customer support, virtual assistants are doubling up as butlers in our hotel rooms, and there is every possibility that we won’t need chauffeurs for our cars because cars will eventually become fully autonomous.

In the world of retail, Amazon is trying to take the cashier out of the store equation so we don’t have to stand in lines. And, some day, all their fulfillment centers could possibly be fully automated with robots and drones, taking the human out of the equation.

That’s not going to happen right away, but that is the immediate threat to human society where artificial intelligence is concerned.

But there’s also something else to understand. Not all job types are going to get hit equally. If we create a job value pyramid with lowest-value jobs forming the biggest layer at the bottom and move up from there, AI will obviously start eating its way from the bottom of that pyramid.

What Kai-Fu Lee says that this will lift society as a whole, increase wealth and reduce poverty. But how?

How can a person who is working as a driver today start doing a higher value job, or a person working in a sorting facility start doing accounts instead? That’s something we, as a society, should be ready to address.

We should also remember that it’s not AI that brought that job-taking problem into our lives. It is technology as a whole. The moment “machines” entered our lives – even in their most primitive forms – they started weeding out low-value jobs. It’s been happening for centuries, and it’s called “technological unemployment.” 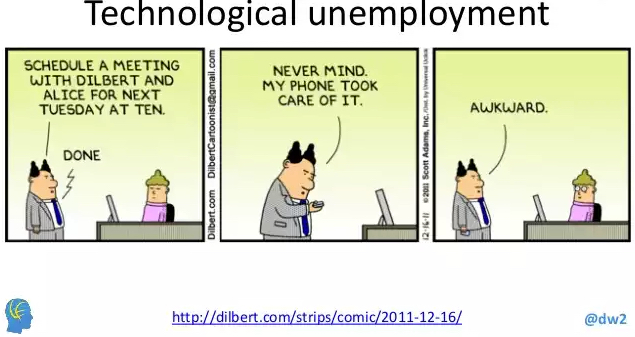 Even Aristotle – almost 23 centuries ago – spoke of machines replacing human labor (emphasis ours) in Aristotle’s Politics, as translated by Benjamin Jowett:

“For if every instrument could accomplish its own work, obeying or anticipating the will of others, like the statues of Daedalus, or the tripods of Hephaestus, which, says the poet, of their own accord entered the assembly of the Gods; if, in like manner, the shuttle would weave and the plectrum touch the lyre without a hand to guide them, chief workmen would not want servants, nor masters slaves.”

As AI keeps eating into our low-value jobs, we need to increase the skills of our population, and keep moving them higher and higher. No doubt education will play a huge role in getting that done, but it’s only one part of the puzzle.

However, failure to do that will have disastrous consequences, as it has throughout modern human history.

Easy words to speak, I’ll admit, but without that, AI will keep doing its job and eating into ours, and we believe that wealth will once again start concentrating into a few figurative and literal pockets, not automatically start lifting people out of poverty, as Kai-Fu Lee suggests.