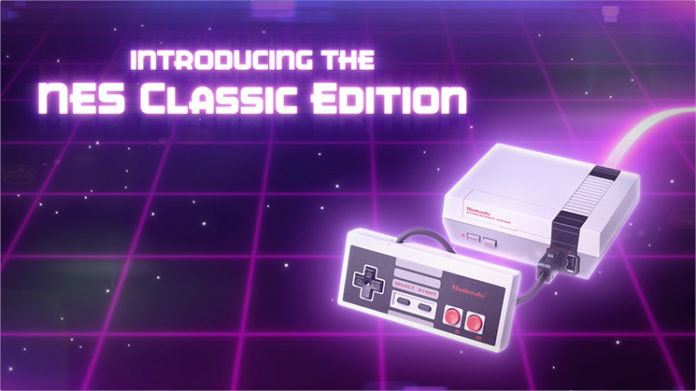 Straight from the horse’s mouth, as it were, Reggie Fils-Aime, Nintendo’s North America president gave several reasons for why the NES Classic Edition has been discontinued in several key markets. Along with it, though, he did drop a nugget or two of information about the mini-console’s sales.

So, why is the NES Classic Edition discontinued despite there still being demand for the product?

First of all, the product was never intended to be an ongoing one, says Fils-Aime:

“NES Classic was originally planned to be a product for this past holiday.”

Launched on November 11, 2016, the NES Classic was only meant to tide things over the holidays. We now know why that was: the Nintendo Switch was being developed at the time and put through production for a March launch.

“We didn’t anticipate just how incredible the response would be, but once we saw that response, we added shipments and extended the product for as long as we could to meet more of that demand.”

So, how many units did they actually sell? That figure is not known, but Fils-Aime did reveal the “sell in” figure, which is what Nintendo shipped to retailers, and that’s 2.3 million units. The “sell through” at the end of January was around 1.5 million units, so we don’t know the actual number of units sold. However, considering that inventory everywhere is extremely limited or exhausted, it’s safe to say that they will have sold over 2 million units of the NES Classic.

“We understand that some people were frustrated about not being able to find the system, but for us, we need to make sure we manage all of our resources in an effective way. At the same time we were facing this surging demand for NES Classic, we were preparing to launch Nintendo Switch.”

2 million units is not bad for one holiday season, but even stronger on the sales front is the Nintendo Switch, which “sold in, and largely sold through 2.7 million units.” That means nearly every unit of Nintendo Switch that the company shipped to retailers once again sold out, just like it was with the NES Classic Edition.

That’s the figure the company revealed at their earnings release earlier this week – 2.74 million, to be exact. Another 10 million units are expected to be sold in over the rest of the fiscal year.

But the NES Classic is already being forgotten as Nintendo prepares from two more launches this year, and an aggressive push to promote Nintendo Switch. The mini SNES Classic Edition and the Nintendo 2DS XL are slated for release later this year, with the 2DS XL coming on July 28 to store shelves and the SNES Classic released “in time for the Christmas holidays.”

The market for handhelds is booming, and is expected to grow at a CAGR of 11.4 percent over the next several years. Nintendo is going to be at the forefront of that growth with multiple models. It’s up to consumers now, to decide whether they want a simple 2D handheld experience, a mini console will all the Nintendo classic titles or a fully hybrid gaming system in the Nintendo Switch.

As they say, “there’s one for every budget.”