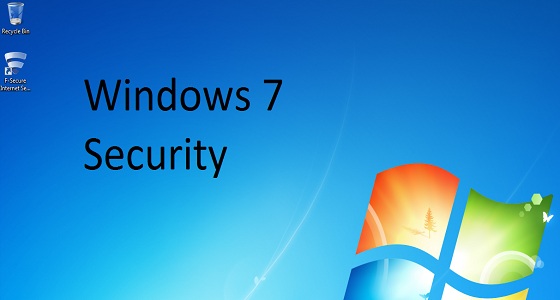 Windows 7 is a great operating system. Though it required at least 1GB RAM to upgrade from older versions like Windows XP, it was worth the extra effort. Now, however, this robust OS with its universe of software applications is increasingly becoming a liability for its users.

The first point to note is that Windows 7 no longer receives feature updates. That means what you see is what you get. While that’s fine by most Win 7 users, it is not possible to take advantage of some of the key features Microsoft has introduced into its Windows 10 Creators Update.

The earlier version of Windows 10, Anniversary Update, might not have offered any significant incentives for Windows 7 and Windows 8.1 users to upgrade to, but not Creators Update. Not only does it bring future-friendly features like VR and 3D to the Windows environment, but it also brings features that gamers love, such as Game Mode and Beam livestreaming.

But possibly the biggest reason to move to Windows 10 is security.

Windows 7 Security is Robust, and Don’t Let Anyone Tell You Different – What? Microsoft Didn’t Tell You That?

Being the largest installed base of all Windows operating system, Windows 7 is naturally going to be the biggest target for hackers. But even though Microsoft itself has warned users that using Windows 7 is riskier than using Windows 10, that’s not necessarily true.

What is true, however, is the software that’s installed on most Windows 7 machines. That’s where the real vulnerability issue rears its ugly head, because older applications naturally have older security features. As such, they’re not capable of identifying and mitigating risks that new software can.

Will that problem be solved simply by upgrading your anti-virus software or browser? The answer is yes and no. Yes, because it will be able to identify newer malware threats, and no because there are no features to compensate for user carelessness.

If you have an older version of Outlook, for example, and you get an email with a loaded link that will subsequently run a macro and download a malware payload onto your machine, clicking that link could cause some serious damage. And the damage won’t be restricted to your machine or your data alone. Since you’re connected to the Internet, there’s a risk of that malware spreading to people on your contacts list, depending on what type of malware you’re dealing with.

Now, when you open that same email on Windows 10, the built-in security system – Windows Defender – is able to scan the link and tell you whether or not it’s safe to click on. That’s something you may not see on Windows 7’s Defender because it’s an older, less robust version.

It’s the same with webpage links. Microsoft Edge can safely scan links and tell you if a link is suspicious or points to a known phishing site, for example. IE doesn’t have that functionality because it is now officially a legacy browser.

To put it simply, even though Windows 7 itself is safe as long as you regularly install the security updates that come through, Windows 10 gives you a higher level of overall protection that covers web browsing and your email client – the two biggest “exposed” areas that put you at security risk.

Although Windows 7 itself is secure, neither your machine nor your data are, simply because of new malware threats that are becoming cleverer by the day. With Windows 10 Defender, you’re at the best level of security protection possible. It’s not perfect, but it’s the best possible one for a Windows machine.

In short, it is not Windows 7 itself that puts you at risk, but the older software applications, browsers and so on that are installed on your Windows 7 PC that put you at risk.

Perhaps Microsoft didn’t explain it that well when its Chief Marketing Officer, Chris Capossela, said this back in January 2016:

“we are pushing our ISV and hardware partners to build great new stuff that takes advantage of Windows 10 that obviously makes the old stuff really bad and not to mention viruses and security problems.”

The upshot of all of this is that new software costs money, and some new software even requires new hardware components, which again cost money. A lot of Windows 7 users would jump over to Windows 10 in a heartbeat if that weren’t the case. Unfortunately, the move to Windows 10 could be prohibitively expensive for some people with older machines, which is why the Windows 7 user base is still so massive.

Is there a solution for this? Not really, unless you buy a new PC, in which case you’ll have to trash your old system or use it for non-critical tasks like playing classic PC games and so on. Either way, it comes down to a question of money: whether to upgrade your hardware and software just to stay on Windows 7 and still have the best security until 2020, or simply invest in a new PC running Windows 10 so you don’t have to worry about all of that.

At least, there’s a silver lining to this cloud: you probably won’t need to upgrade your Windows 10 machine for a really long time, since Microsoft will probably keep it going for the next decade at least, with twice-yearly updates for features and security.