Identity theft is a much bigger market than theft of any other kind of property, did you know? In the United States, identity thieves have stolen over $107 billion, according to the 2017 Identity Fraud Study released by Javelin Strategy & Research. In 2016 alone, $16 billion in funds was stolen from 15.4 million U.S. consumers.

Why is this figure growing year over year? The easy answer to that complex question is that the level of online engagement by consumers is increasing every year. Along with it, the instances of data breaches and stolen data records is also on the rise. One look at this graph will show you what I’m talking about: 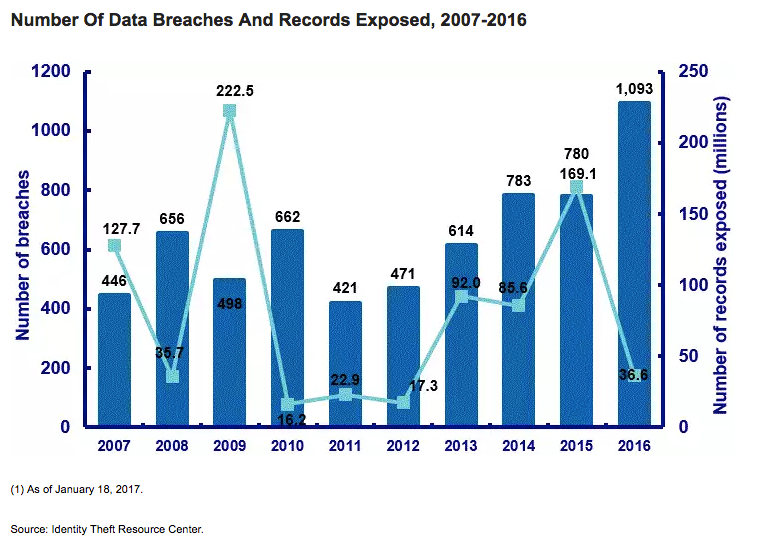 The rise of e-commerce is one of the biggest contributors to the growth of identity theft, along with increased activity in online banking, web and mobile payments and other finance-related online transactions.

Here’s how e-commerce has been growing over the past several years in the United States: 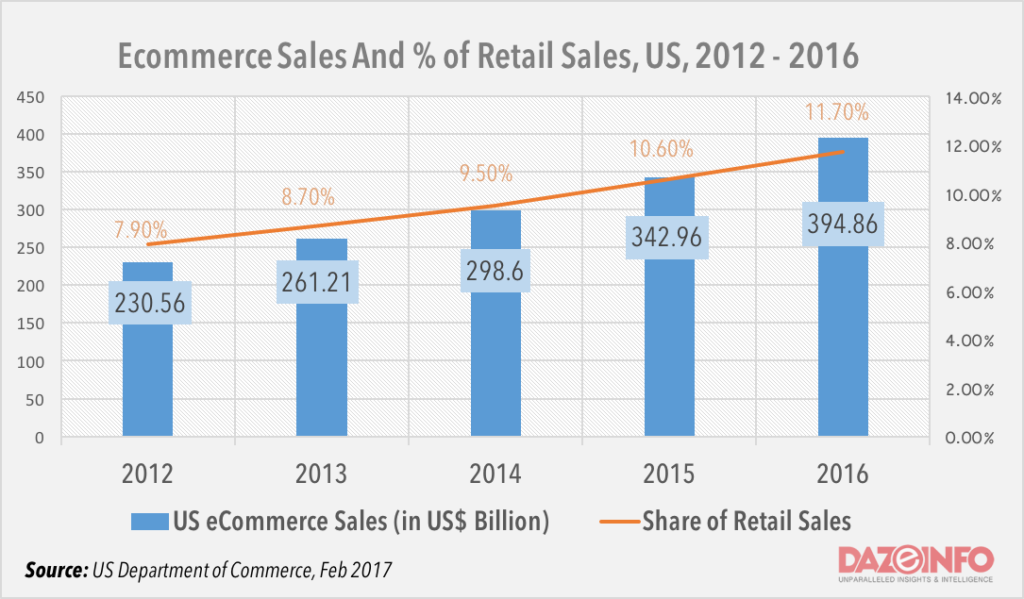 Another alarming bit of news is that the occurrences of malware like ransomware is also on the rise. Ransomware is a type of malware that usually locks up your device or encrypts your data, and then asks you to pay a certain amount of money to unlock or decrypt it.

With the usage of mobile devices also on the rise, it’s no wonder that this is increasingly becoming a favorite of bad actors – the guys who hack into your system and deliver the “payload” that is the ransomware or other types of malware. And they do this by means of a method called Phishing, which means sending you emails with attachments or links that entice you into entering personal and sensitive information. 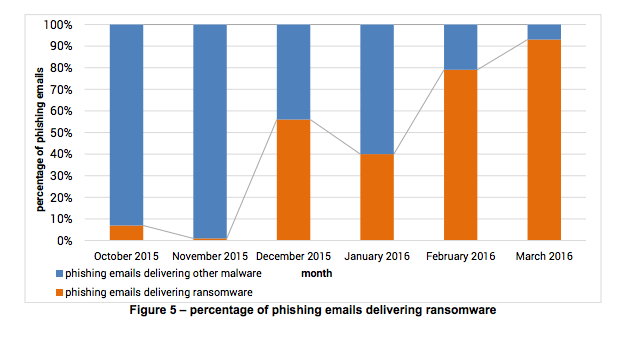 As a result of all this heightened activity, the incidents of identity theft are going through the roof.

Fortunately, there is a way to protect yourself from the ravages of identity theft and the ensuing stolen funds problem, which is the main objective of phishing and other malware campaigns conducted by bad actors.

There is a type of offering called a Credit Monitoring Service that is becoming increasingly popular. For a few dollars every month, companies offer to insure your data and online assets and properties. In fact, for as little as $27.99 a month, you can be protected for up to $1 million in stolen funds reimbursements. And it goes down to about 8 bucks a month, which gives you protection for up to $25,000 in stolen fund reimbursements.

We’re not recommending any particular service, but you can review this article from The Simple Dollar that covers the topic.