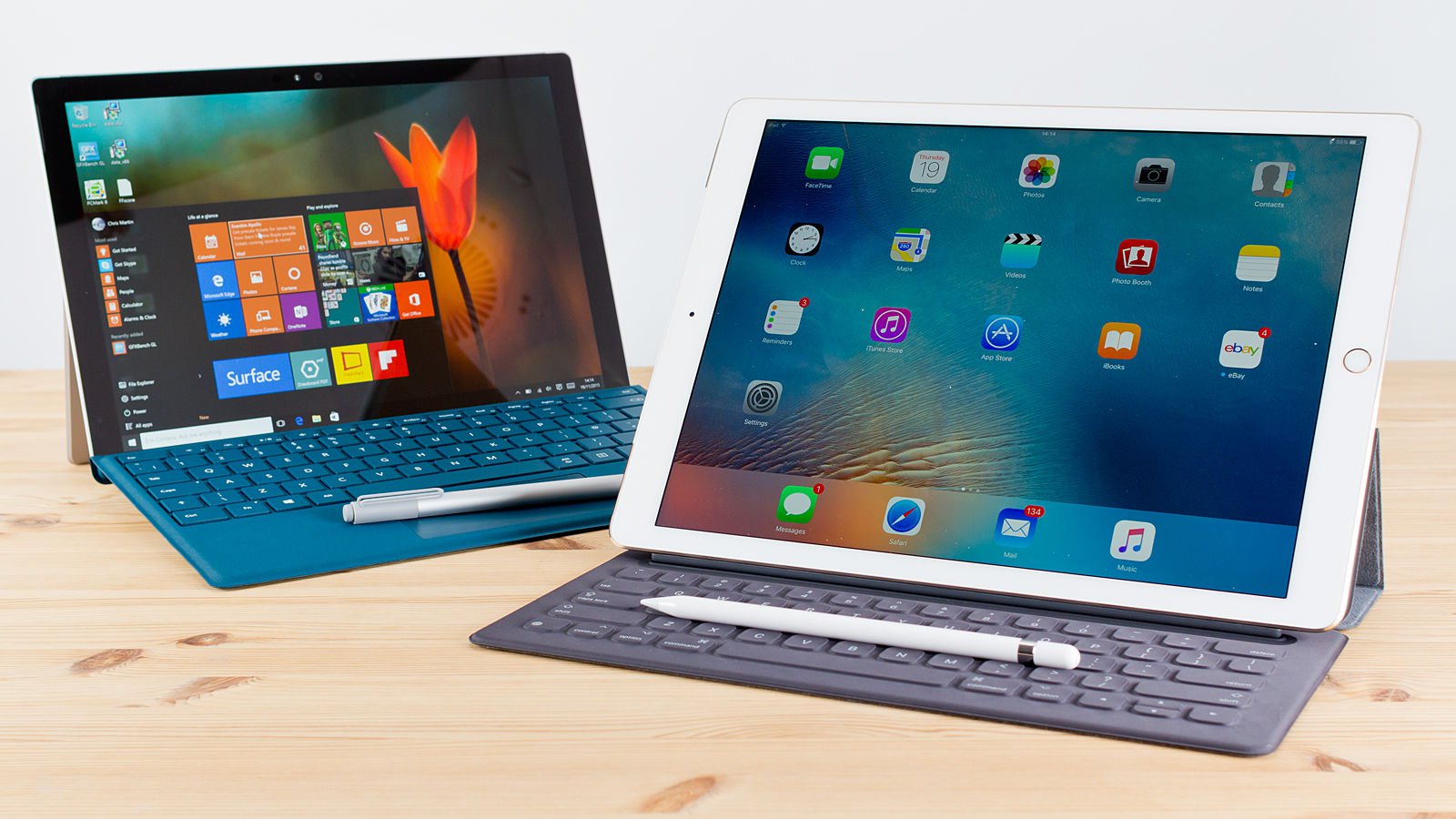 The OS on each of these devices provides us with the first clue to answering that question. You cannot compare Windows 10 with iOS in any meaningful way, expect possibly from an apps perspective. But even there, the case for a comparison is either very weak or completely irrelevant, depending on how you look at it.

If you’re a power business user, for example, there’s no question what OS you want purring under the hood of your valuable mobile device. Since most businesses will very likely be on Windows 10 by the end of the year, you’ll want something that’s compatible with the systems that your office is using.

If gaming is more your thing, then PC gaming being a more mature market than mobile gaming, a Windows device will, once again, offer you more options, especially since it comes with VR support, Game Mode and all that good stuff that’s on the latest major Windows version: Windows 10 Creators Update.

Interestingly, we also know from a recent survey by JD Power that Surface wins out over all other tablets from a user and usability perspective, so all else being the same, a typical customer is likely to opt for a Surface Pro 5 because it’s simply a better tablet. And that’s not me saying it; it’s a group of real-world users selected by one of the world’s leading consumer research companies.

That’s the first clue that you cannot compare the Surface Pro 5 with the iPad Pro 2.

The second point is the form factor, it’s well known that Apple wants to keep its device categories separate. They might have confused the issue by promoting a ‘magic keyboard’ for the new iPad Pro or even pushing a keyboard case, but Apple Inc. essentially intends to keep iOS devices distinct from those running macOS. Since the iPad Pro 2 or iPad Pro 2017 is essentially a tablet, not a hybrid, it is restricted to a mobile operating system.

Of course, the App Store and its robust collection of productivity, gaming, entertainment, utility and other apps do make a strong case for an iOS tablet, but it’s still a mobile operating system at the end of the day.

And that brings us to the third angle: the apps environment.

As it is, iOS cannot leverage the thousands upon thousands of 32-bit applications that are the legacy of the older Windows era. And now, with Apple completely moving to the 64-bit environment very soon, every developer and software company on App Store has to provide 64-bit versions of their apps.

Apple has been pushing hard on this ahead of releasing iPhone 8 later this year that’s coming with iOS 11, which will only support 64-bit mobile apps, but it’s equally relevant to the new iPad Pro that’s coming out in 2017 as well.

That said, Apple does have its loyal follower base that will upgrade to the next device no matter what that is – an Apple TV unit, a new Apple Watch, the iPhone, an iPad Pro second generation tablet and so on.

Both companies are at a disadvantage this year because the sales of tablets and hybrid tablets have been declining for a while, and aren’t expected to rebound until 2018, based on data from top market research firms.

And another thing to remember is that Apple is no slacker when it comes to iPad sales. Yes, there was a dip last year compared to 2015, but the company did sell more than 20 million iPads during the four reported quarters of full-fiscal 2016. They did sell 30 million iPads two years before that, but there’s still a strong enough market for iPads.

And, while Microsoft doesn’t reveal its Surface device sales numbers, we know that the 2016 fiscal was not a bad year for Surface devices, even though they lost considerable ground in the third reported quarter 2017 (Jan to March.)